Should Thailand's Tourists Be Upset When Charged 'Farang' Prices? 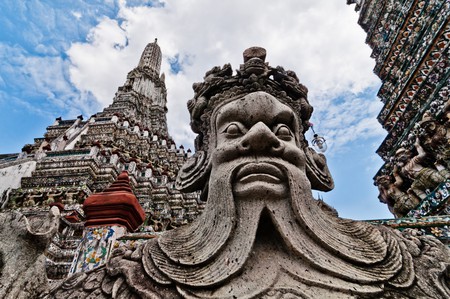 Should tourists in Thailand be offended at paying more to visit some attractions? | © Mark Fischer / Flickr

Something that often irritates tourists in Thailand is the country’s dual-pricing policies. Foreigners are expected to pay more than Thai people at a whole range of places, some of which can come as quite a surprise. But should this be something that tourists care about when exploring Thailand?

What are ‘farang’ prices?

Farang is the Thai word for a white foreigner. It comes from the word for French, but is used to refer to all Caucasians today. So, from Australia to Canada and from South Africa to Europe, if you’re white, you’re a farang in Thailand.

Few places in Thailand specifically charge different prices for farangs. If Thailand did operate a pricing policy based on the colour of a person’s skin, of course, visitors would be justified for being less than happy. Many places in Thailand do, however, operate a double-pricing scheme, whereby foreigners pay different rates to nationals. This is based on nationality, though, not on skin tone. 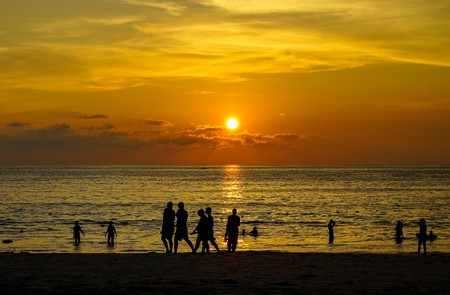 National parks are a common bone of contention when it comes to double pricing. The price differences are often significant. For example, it costs a Thai national 40 THB to visit Khao Yai National Park, a top-tier Thai national park, whereas a foreign visitor will have to shell out 400 THB for admission.

In a nation where many locals simply wouldn’t be able to justify spending 400 THB to enjoy their country’s natural features, it is seen as a way of encouraging locals to have equal access to sites as foreigners. Furthermore, another argument presented is that Thai people pay taxes, part of which goes towards the upkeep and maintenance of park facilities, staff wages, conservation projects, and the like. As tourists do not pay tax, the higher prices are said to provide balance. 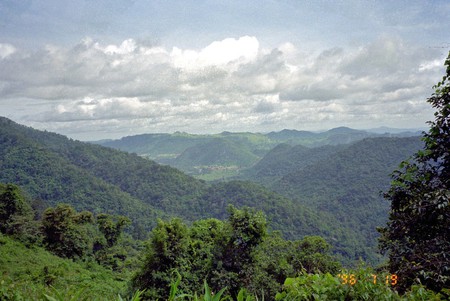 Whether you agree with the double pricing at national parks is actually quite irrelevant; it’s not going to change the situation! If you want to visit a national park, you pay the fee. If you don’t want to cough up the charge, don’t visit. There’s little point getting upset about it and making it spoil a nice day out while on vacation. And when you consider that you’ve bought a ticket to Thailand and are exploring a new country, something that many Thais simply cannot afford to do, 400 THB (approximately 13 USD) really isn’t all that much. 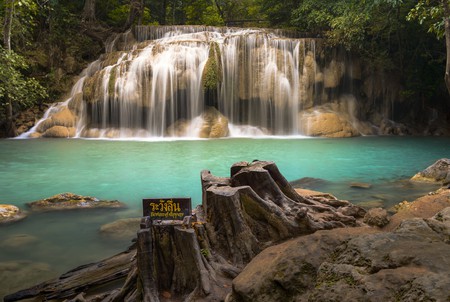 The vast majority of temples in Thailand that charge an admission fee have lower, or zero, charges for Thais than for foreigners. As with national parks, if this is something that you feel strongly about, you can simply avoid visiting certain sites. If you do go inside, however, pay close attention; you will almost certainly notice Thai visitors making several donations in various collection boxes. These donations are used for diverse things, from maintaining the temple building and providing food and accommodation for monks and novices, to assisting with community and environmental projects. Of course, it can’t be said that every single Thai person will make a donation equal to, or more than, the admission fee charged to foreigners, but most will. Would a foreigner be so keen to make donations or would they simply see the temple as a free attraction to admire? Seen from this perspective, it’s actually quite reasonable for temples to have an entrance charge for visitors who aren’t likely to feel any religious or social pull to assist financially by way of donations. 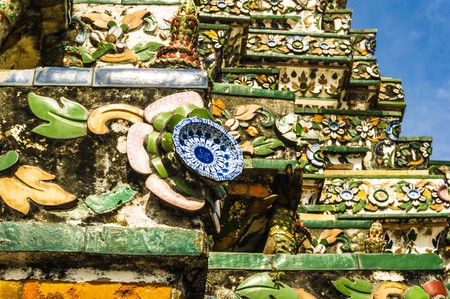 Striking details at a temple in Thailand | © Thangaraj Kumaravel / Flickr

A lot of museums in Thailand have different prices for Thais and foreigners. There are several reasons why this shouldn’t bother most visitors too much. Firstly, Thais pay tax, part of which goes towards operating cultural sites. Secondly, as with temples, look around and you’ll see a lot of Thais putting extra money in donation boxes. Lastly, it is another attempt to make significant sites accessible to locals. 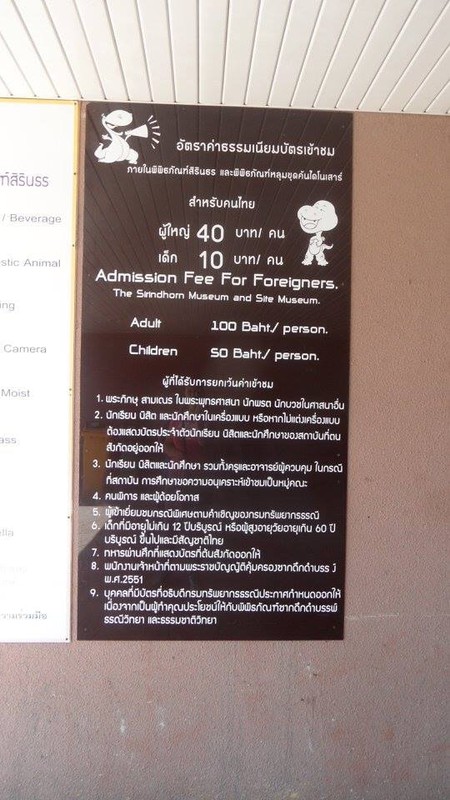 Inflated prices for foreigners at markets

Looking at market prices is trickier, as there are often no set prices. Tourists can expect to pay similar prices to Thais at a local market. Some vendors may try to make a small additional profit from a foreign face, but this is usually such a small amount that it’s really not worth losing any sleep over. It’s more common, however, for local market vendors to give something similar to ‘mate’s rates’ to people that they know and like, regardless of nationality. 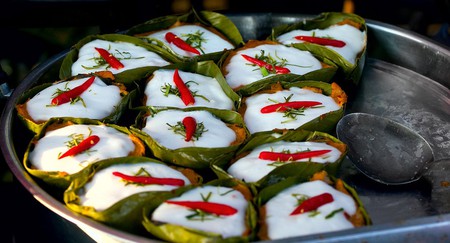 Markets aimed primarily at foreigners, however, are a totally different ball game. Haggling is often expected and vendors will open with a higher price than they would reasonably expect a person to pay. This is partly because of the expectation from visitors that haggling is necessary; sellers have to increase their prices to allow for the bargaining process. It is also, in part, because sellers want to make as much money as possible. Some vendors do base their prices on appearance, weighing up whether they think a person can afford a particular price, but this includes factors other than skin colour and nationality. Even the way you’re dressed and the accessories you’re wearing or carrying can lead to higher or lower prices! Ultimately, however, the price you pay usually depends on your negotiating powers. 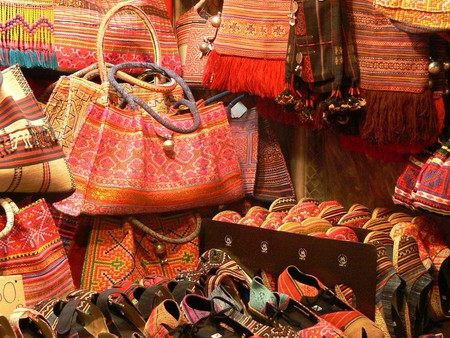 This is one area where tourists can, and should, feel quite indignant about being charged more than a Thai person. Unlike markets, haggling is not acceptable in restaurants. It does, however, cost the same to prepare a meal for everyone and members of staff are paid the same wage regardless of who they are serving. In such situations, restaurant owners generally are trying to simply cash in on tourists. If you realise this before ordering, the best thing to do is to leave and take your custom elsewhere. There’s little point challenging the staff members. If you realise after you’ve eaten, you’ll have to pay the price that was on the menu given to you. And, rather than fuming and getting irate, chalk it up to experience and eat elsewhere in the future… and definitely do not leave a tip! 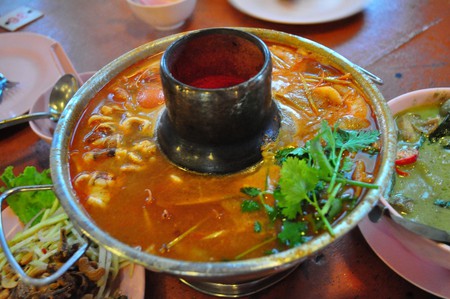 Other things to consider about double pricing in Thailand

Although Thailand gets quite a bad press for its double-pricing policies, it’s certainly not the only country to do this. It’s fairly common around Asia; visit the Taj Mahal in India, Angkor Wat in Cambodia, and the Forbidden City in China, for example, and you will be charged a higher price than a local. South Africa has a double-pricing policy, as do many other nations around Africa and South America. Indeed, the USA gives preferential treatment to locals for visits to national parks; admission is cheaper for holders of an America the Beautiful pass, which is only available to US citizens. Thailand is certainly not unique in charging foreign tourists more than locals.

Perhaps the best advice for foreigners regarding dual-pricing systems in Thailand is to ignore them. Rather than focus on any perceived unfairness and disadvantage (except at restaurants!), consider whether the prices are within your budget and whether you would be happier to have spent the money for the experience or gone home having missed out. There’s certainly no point being upset about being charged a different price and letting it tarnish your trip.