Northeast Thailand: The Best Things to See and Do in Isaan 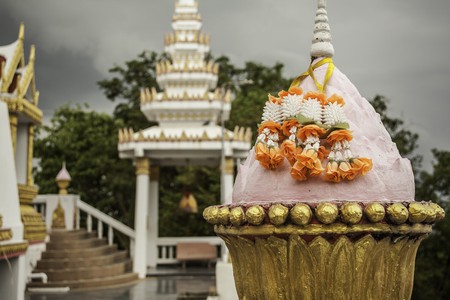 Thailand is a big, sprawling country with dramatic vistas, pristine beaches and warm, friendly locals. When it comes to Isaan, two out of three ain’t bad! With no coastline, it lacks the beaches that provinces such as Krabi can boast about, but it’s home to some of the most beautiful temples and nature that the Land of Smiles has to offer, with locals who’ll be more than happy to welcome you into their province. Here are some of the best things to see and do on your travels through northeastern Thailand.

It can be tempting while travelling to play it safe when it comes to food but, delicious though it may be, there’s more to Thai cuisine than just pad Thai. Isaan is home to another of Thailand’s most famous dishes – som tam, or papaya salad. A fresh dish that’s made right in front of you in a pestle and mortar, som tam is fiercely spicy – you can ask for the spice level to be reduced, but you’ll be reducing the fun, too! Larb is another well-known dish that shares Isaan and Laotian origins. A meat salad that’s eaten cold, it can also be pretty spicy, but is completely worth it.

A vastly huge, expansive national park, Khao Yai is a great place to head to after the hustle and bustle of a city like Bangkok if you want to feel at one with nature. With mile after mile of lush, green forest, calming rivers, inspiring waterfalls and wildlife, from elephants and tigers to porcupines and gibbons to spot, it’s truly a breath of fresh air in a country that can often leave you hyperventilating for both good and bad reasons! A wonderful place to visit and trek through.

A stupendous remnant of the Khmer empire and former Hindu temple, Phanom Rung is one of the most beautiful temples in all of South East Asia, and a place you’re unlikely to forget in a hurry. Set on the rim of an extinct volcano, its architectural style is reminiscent of Angkor Wat in Cambodia, and features the usual ornate carvings and religious scenes painstakingly etched onto the walls. Under consideration to be a UNESCO World Heritage site, a trip to Isaan without visiting this temple complex is a trip that’s incomplete.

Thailand isn’t exactly synonymous with soccer, and while the sportspeople’s abilities on the field might not match their European counterparts, their enthusiasm off the field quite often can. One of the most fervently supported and successful teams in the country is Buriram United, and it’s impossible to go to any province in Thailand and not spot a handful of their jerseys being worn with pride. A great way to experience an aspect of Thai life that many don’t see and to interact with locals, there are certainly worse ways to spend an afternoon, even if soccer’s not quite your cup of tea.

Sala Kaew Ku is home to some of the most visually striking and impressive statues in Thailand. Traditional icons from Thailand’s Theravada Buddhist religion are prominent through, such as the Buddha and the seven-headed naga serpent that is a popular symbol throughout Thailand, but there are plenty of other scenes on display too – such as an elephant wading through a pack of dogs, teaching us to ignore gossip. Whether it’s to learn more about Thai and Buddhist culture, or simply to gawk at statues that reach as much as 25m tall, it’s an enchanting place that should be on anyone’s travel itinerary.

Translating roughly as “temple of the mountain”, that’s exactly what you’ll find at Wat Phu Tok – a temple that’s over a 1,000 feet high. Best visited before the day gets too hot, you can climb the seven levels of the mountain in order to reach the goal, with the number being significant as it symbolises Buddhism’s seven levels of spiritual enlightenment. While the ladders, steps and platforms might not inspire much confidence, it’s not too challenging, and you’re rewarded with good views and interesting temple spaces inside caves along the way.

Coinciding with Thailand’s Asanha Bucha national holiday is Ubon Ratchathani Candle Festival, an event that’s famous throughout the country. Huge, ornately-carved beeswax candles are paraded through the town on their way to the temples and are judged on their beauty and design. The candles really are something else; likely to be the biggest candles you’ll ever see, they’re intricately carved works of art depicting people or scenes from Buddhist mythology. Enjoyed by tourists and locals alike, there’s a real party atmosphere and heaps of cultural shows and market stalls to visit too.

Browse the Save One night market

Korat is home to a few night markets, but none quite as big as the Save One night market. It’s huge in size, with hundreds of tables both indoors and outdoors, and a food court too. You can find practically anything here, from hand-carved crafts to whatever foreign dish you’ve been craving from home, and even pets if you’re planning on being here long term. A great way to sample those dishes you’ve always wanted to try but at a low price, the Save One Night Market is the biggest market in Isaan, and arguably the best.

Spend the day at Korat Zoo

Korat Zoo is the largest of its kind in Thailand and a great way to spend a day for both travellers of all ages. Not only are there shows and plenty of animals to see, such as lions and rhinos, there’s also a fun water park with rides and pools to enjoy. With a focus on animal welfare and a mission to research wildlife preservation, you can rest assured you’re visiting one of the more ethically sound animal attractions in Thailand.

Be awed by the Than Thip waterfall

Northeastern Thailand has no shortage of natural beauty, but it could be argued that the Than Thip waterfall takes the gold medal. Located just outside of Isaan near to the Mekong river but more than reachable in a day trip, the Than Thip waterfall is surrounded by the typical thick Thai jungle and is the tallest in its province. Lots of visitors like to take a dip in the water and it makes for some great photos, but expect it to get busier on a weekend or after school’s out.

Drive around, explore and interact

Isaan is beautiful, but it’s also one of Thailand’s poorest provinces, with a lack of jobs and many young people leaving for brighter shores when they get the chance. Despite that, the people remain warm, welcoming and kind, and there are still plenty of places to visit and things to see. With that in mind, why not get out there and experience it? Drive around and be among it all, follow a road less travelled, eat by the side of the street and enjoy a slice of real Thailand. With the experiences and perspective you’ll gain along the way, you’ll feel better for it.

A post shared by Andreas Hagspiel (@andreashagspielphotography) on Aug 20, 2017 at 10:37pm PDT