The 8 Best Beaches to Visit in Thailand 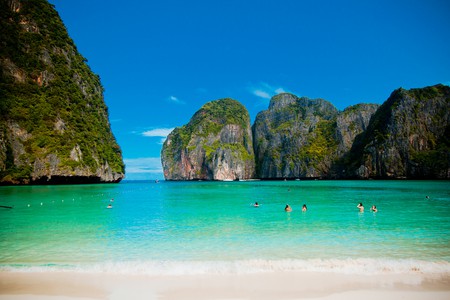 From the Gulf Coast to the Andaman Sea, Thailand’s thousands of miles of coastline have long boasted some of the best stretches of sand in the world. So what are you waiting for? Hop on the next flight, put on your sun lotion, and grab a coconut as you enjoy the very best beaches to visit in all of Thailand.

The Pearl of the Andaman, otherwise known as Phuket, is slowly becoming a tourist trap. The Andaman Sea, in combination with a sea of people, has pushed the tourism industry to the forefront of the island’s economy, even surpassing agriculture as the main source of income. There is little chance that the island will lose its popularity any time soon; however, there are a handful of beaches that remain relatively remote, including Freedom Beach. This secluded stretch of sand is located a mere six-minute drive from the crowded Patong Beach. There is a slight entrance fee, but the few dollars visitors spent to step foot on its sequestered sand is well worth the small investment. Be warned that getting to the actual beach upon paying the entrance fee is a trek of sorts, with a staircase that is both steep and not necessarily short. After a seven-minute walk, hopeful loungers will find themselves face-to-face with mother nature at her best on Freedom Beach. 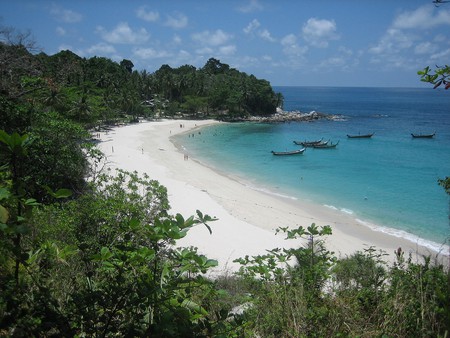 Koh Phi Phi is made up of two islands: Koh Phi Phi Don and Koh Phi Phi Leh. Koh Phi Phi Don has already made a name for itself worldwide with its epic beach parties and backpacker scene, while Koh Phi Phi Leh remains the smaller, less visited counterpart. It is on this smaller island, however, that visitors will find Maya Bay, home to one of the most stunning beaches in the world. Many tourists will have seen this picturesque beach long before ever sinking their toes into the soft sand here – this beach made its first big screen appearance in the popular film The Beach starring Leonardo DiCaprio. Jetsetters around the world followed in the footsteps of DiCaprio soon after the film was released, and Maya Bay has been a tourist hotspot ever since. Regardless of its popularity, the beach remains pristine and absolutely awe-inspiring, with cliffs surrounding the bay on three sides and crystal-clear water to boot.

Krabi attracts hoards of tourists for a number of different reasons. Krabi Town is great for those travelers in need of a little nightlife, while the province’s limestone cliffs attract climbers from all over the world. Although Krabi’s mainland beaches are certainly nice, they simply can not compete with the beaches in Railay Bay. The beaches are accessible only by boat, but there are plenty of long-tail boats waiting to make the short scenic ride to Railay. The bay consists of four main beaches, and all of them can be reached in a short time on foot. The most striking of them all, and one of the most popular beaches in all of Thailand, is Phra Nang Beach. The beach is equipped with rock climbing, and it is also home to one of the most visited shrines in Thailand: the phallus shrine. 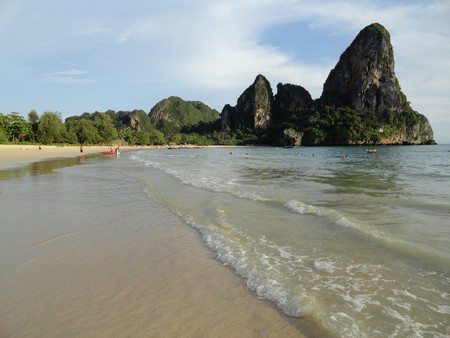 Trang Province is located in the southernmost part of the country. It is less frequented by tourists, making it a great destination for those hoping to avoid fellow travelers. Trang’s shoreline stretches over 70 miles in length, and it is along this coastline that visitors will find the island of Koh Kradan. The island is home to some incredible beaches and coral right off its shores, making it a great place to snorkel. The must-see beach on the island is Ao Chong Lom Beach, dubbed Sunset Beach because it provides those wanting to watch the sun go down with the best seat in the house. 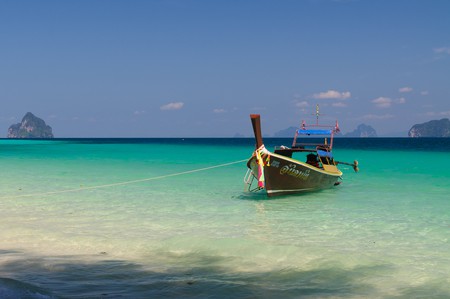 Being stranded on a deserted island is not always a bad thing – that is, if the castaways find themselves on the island of Koh Chang. While the island is not deserted, it can certainly feel that way in comparison to the other top island destinations located in the Gulf of Thailand. The island is also home to Mu Ko Chang National Park, which helps to maintain its less touristy vibe. There are many beaches islanders can spend the day at, but one of the most popular beaches of them all is White Sand Beach. If the name did not give it away already, the beach is incredibly pristine. While the island is relatively quiet, this is one of the busiest beaches. It is easily accessible, long in length, and there is plenty of room for visitors to grab a stretch of sand for themselves and lay out in the sun. The beach is also lined with relatively inexpensive dining options equipped with both Western and Thai cuisine. 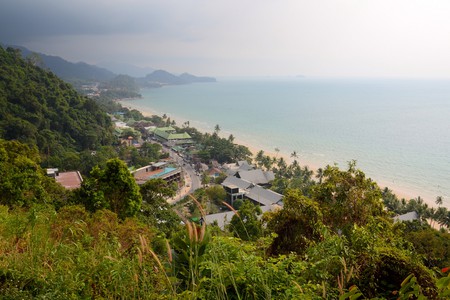 Koh Samui, located in the Gulf of Thailand, is the country’s second largest island. It is also the largest island in the Samui Archipelago, so it not surprising that the island is made up of many idyllic beaches. One of the busiest, yet most stunning of them all is Hat Chaweng. The beach itself is four miles long and broken into three sections. North Chaweng is a lagoon of sorts, and the water tends to be more shallow and stagnant here. Central Chaweng is a bit busier, with bars and restaurants making for a great nightlife scene. South Chaweng is the most secluded of them all, perfect for those tourists looking for some privacy. 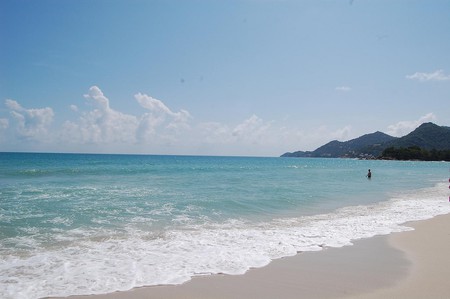 Koh Phangan’s popularity has long remained in the hands of drug-seeking backpackers and party-goers. Its reputation among the international community reflects this, with most of the island’s visitors making a beeline for Hat Rin Nok, the beach where the infamous Full Moon Party is held every month. Those who steer clear of this particular beach, however, will find numerous serene, white-sand beaches. One of the quietest and most beautiful is Hat Kuat, otherwise known as Bottle Beach. This particular stretch of sand can only be reached by boat, which can often deter those less motivated travelers from making the trip. There is not much going on on Bottle Beach, making it the ideal place to sit back, relax, and do absolutely nothing. 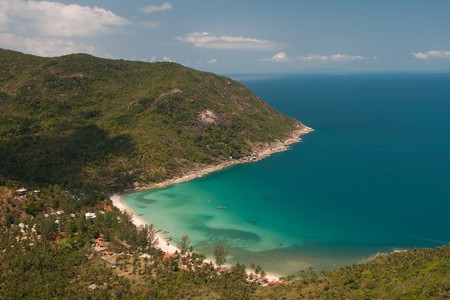 Koh Tao may be the smallest of the three most popular islands in the Samui Archipelago, but this is one little island that packs a big punch. Otherwise known as Turtle Island, Koh Tao is most popular with those hoping to get up close and personal with the abundance of coral found in the surrounding water. The island is littered with cheap dive shops, perfect for those who want to get certified as well as those who have logged hundreds of dives. Many of Koh Tao’s beaches are just as beautiful as its plethora of dive sights, and one of its most stunning beaches is Had Sai Daeng. This is a great beach for snorkeling, and many varieties of coral can be found very close to the shore. Lucky snorkelers might even find themselves swimming with a small, blacktip reef shark or sea turtle. Shark Island can also be reached by kayak from this bay, and it only takes about ten minutes to get there. 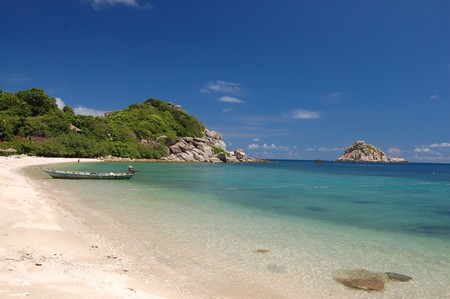