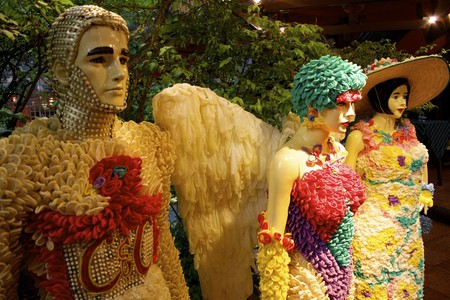 Forget dinner and a movie. Why not spend a romantic evening having dinner surrounded by condoms instead? Do not let the unconventional name throw you; Cabbages & Condoms is a restaurant making a difference. The idea might sound strange at first, but the restaurant’s goal is not to make first dates awkward or send families running for the hills with what one might consider … inappropriate decor.

Why So Much Latex?

Cabbages & Condoms was created with the hopes of promoting a better understanding and acceptance of family planning.

“You can go to any shop around Thailand and you will always find cabbages … condoms should be like cabbages which are ubiquitous and accessible to everyone,” Mechai Viravaidya, Chairman of Cabbages & Condoms, said.

Thus, the restaurant was created. 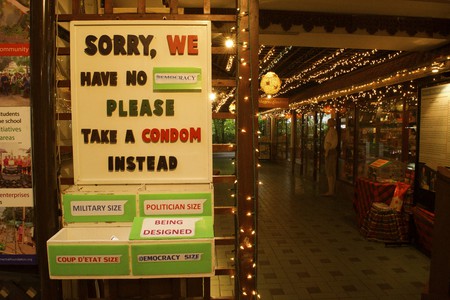 Mechai did not believe that condoms should be seen as a taboo because they’re a necessity to protect people against a number of things, including unwanted pregnancy. This might be why its motto is, “our food is guaranteed not to cause pregnancy.” In case any of you were worried.

Besides promoting sexual education, the restaurant also supports a number of different non-profit organizations in Thailand, including the Population and Community Development Association (PDA), a sex education and AIDS prevention group. Impressively, it gave scholarships, school lunches and more to those who were in need in the aftermath of the tsunami. It also provided assistance to Mechai Pattana School, where it created the program BIRD, or School Based Integrated Rural Development to end poverty. These are just a handful of the amazing programs and non-profits the restaurant aims to help.

Walking into Cabbages & Condoms feels like you’re entering a new era, where safe sex is great sex and everyone is willing to talk about it and even decorate an entire restaurant in light of such an idea. To get to the restaurant, turn down Sukhumvit 12, just a short walk from Asok Skytrain Station and MRT. Then, follow the giant sign that points you in the direction of the hidden gem. 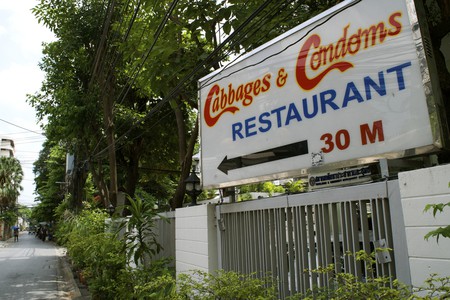 You then pass through a gazebo of sorts before arriving in the front entryway of Cabbages & Condoms. 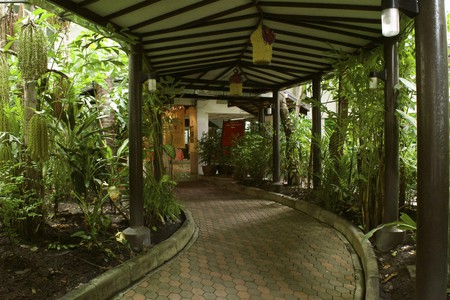 Guests are first welcome to visit the gift shop, which has an assortment of goods and souvenirs you really do have to sort through before you go. It’s worth it. 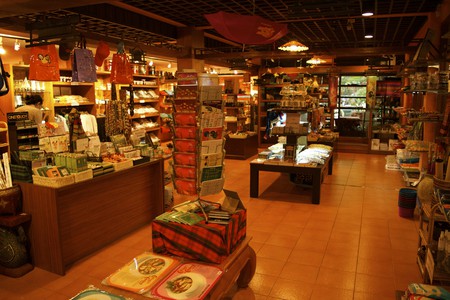 Villagers from rural areas of Thailand created all of the items on display. From hats to bags promoting safe sex, you won’t leave this store without a smile on your face, even if just for the strangeness of it all. 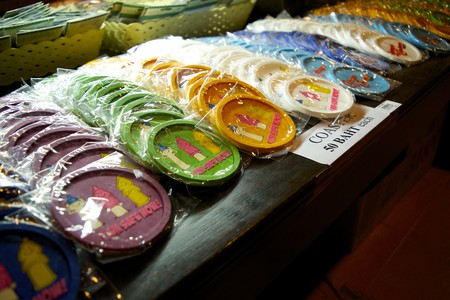 Guests are allowed to sit in a multitude of different rooms. Escape the heat and eat indoors, or enjoy the outdoor seating, which has misting fans surrounding the tables. Checkered red and green tablecloths give the seating area a burst of color. You feel as though you’ve entered a secret garden, with trees and foliage surrounding you on every side. And the hanging light fixtures are made of nothing other than… condoms. 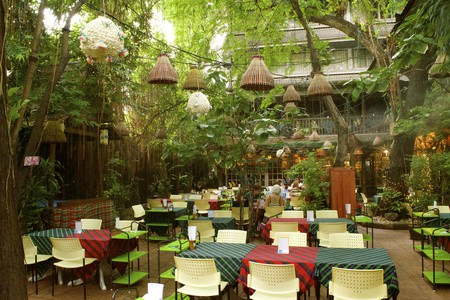 Take a moment to explore the restaurant, as different condom-themed mannequins and an assortment of seemingly random animals can be found around the courtyard. These decorations are covered head to toe in condoms, from the making of beards to police uniforms. 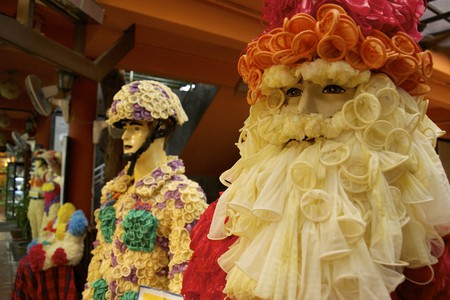 What’s On The Menu?

Let us not forget about the food, either. While the community outreach this restaurant has done is amazing, the food is just as good. Some of the specialty dishes include a Thai favorite, massaman curry, with your choice of chicken, beef or lamb. It also serves mango with sticky rice and deep-fried ice cream for those of you with a sweet tooth. 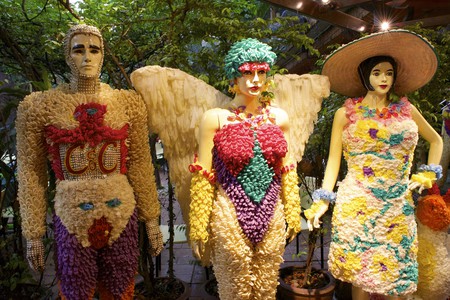 Where To Find Them

Between the Thai cuisine, the wonderful atmosphere and clear message Cabbages & Condoms has, this is one restaurant you cannot miss out on while visiting Bangkok.