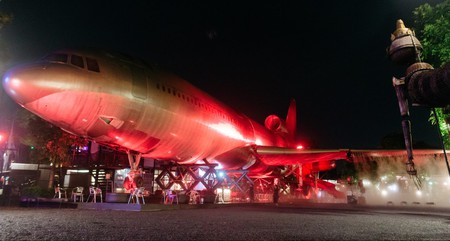 The latest arrival on Bangkok’s ever-changing night market scene is Chang Chui, an exciting mixed-use creative space – with a full-size decommissioned aeroplane at its heart. From the Suan Lum Night Bazaar of the Bangkok night market golden days to the evolution of an empire of Talat Rot Fai ‘train markets’ in recent years, Bangkok’s night markets are the place to pick up inexpensive gems while grazing on street food deliciousness and swigging cheap beer and cocktails. Here’s your guide to Bangkok’s latest arrival, Chang Chui plane night market.

Chang Chui, set on the lesser-developed Thonburi side of Bangkok’s majestic Chaophraya River, is in fact billed as much more than ‘just another night market’. This is intended as an all-in ‘creative park’ with multiple uses that vary according to the time of day and according to your own whims as a visitor. So the venue’s name itself is apt – Chang Chui translates as ‘messy artisan’, a reference to all the artsy folks this place was designed to cater for. 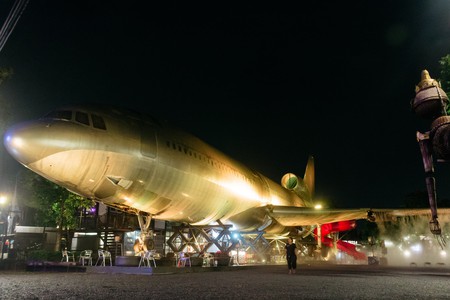 Chang Chui is divided into various sections and features all manner of attractions, but of course it’s the big disused aeroplane at the centre of it all (it’s the real thing!) that has caught everyone’s attention since the venue first opened. As a result, whatever the clever backstory behind the name Chang Chui, the place has quickly become known in English simply as the plane night market – not miles apart from the way Talat Rot Fai night market’s various branches quickly became nicknamed the train market. 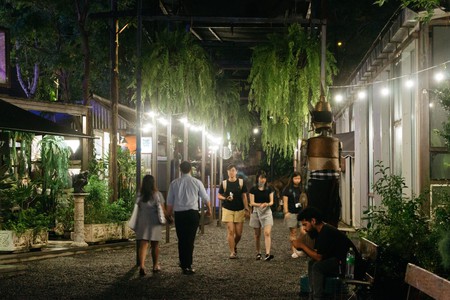 What to do at Chang Chui

There’s heaps to see and do at Chang Chui, beyond what you would expect to find at any of Bangkok’s other night markets. It has a much more upmarket and refined feel than those other markets, too – this isn’t somewhere you’re likely to find vendors hawking knock-off designer goods or vintage and retro heirlooms from plastic sheets spread out on the floor. 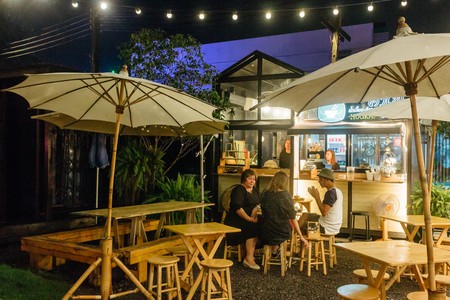 Between Chang Chui's two distinct zones, there are plenty of spots for drinks and a chat | © Vu Pham Van / Culture Trip

The market as a whole is well organised, too, and is broken down into numerous areas that overall form two zones: the alcohol-free ‘green zone’ is open all day from mid-morning until late evening, and it’s joined afterwards by the ‘night zone’ that opens in the late afternoon and keeps going until the late night. 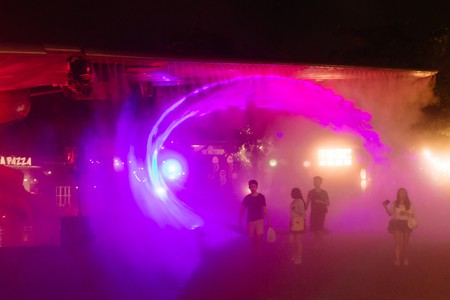 In the ‘green zone’, you’ll find speciality coffee brewed by locally renowned baristas, and you can chow down on delicious Thai food staples in a trendy food-court-style eatery that brings together a few of Bangkok’s more widely recognised vendors in a jazzed-up, modernised setting decked out with mismatched retro seating, plenty of plant life, and colourful decorations suspended from the ceiling. For something higher end, restaurant Insects in the Backyard serves up creepy-crawlies transformed into fine-dining-plated delicacies. Choices for daytime retail therapy, meanwhile, range from books to plants. 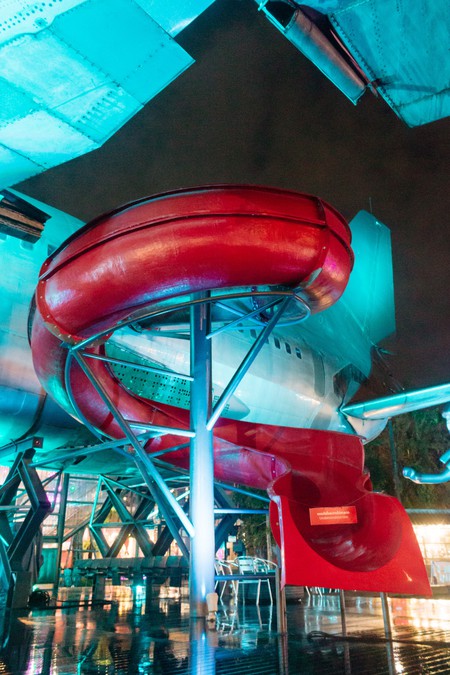 Meanwhile, the ‘night zone’ – the only part of Chang Chui where you can get your hands on booze – features areas for live music and theatre performances, plus trendy clothes boutiques and even a vintage hair salon of the kind that’s also become popular at night market competitors like Talat Rot Fai. For drinks, a number of bars at Chang Chui specialise in craft beer in particular – including 10 varieties available on draught. 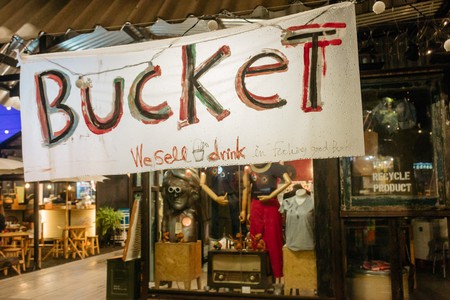 This might be a classy, creative spot, but it just wouldn't be Thailand without a few cocktail buckets | © Vu Pham Van / Culture Trip

What’s with the plane?

There’s no missing the enormous retired L-1011 TriStar Lockheed plane that rests at the heart of the Chang Chui complex. That’s right, it’s a real-life, genuine aeroplane – and it’s ripe for a winning Instagram backdrop. 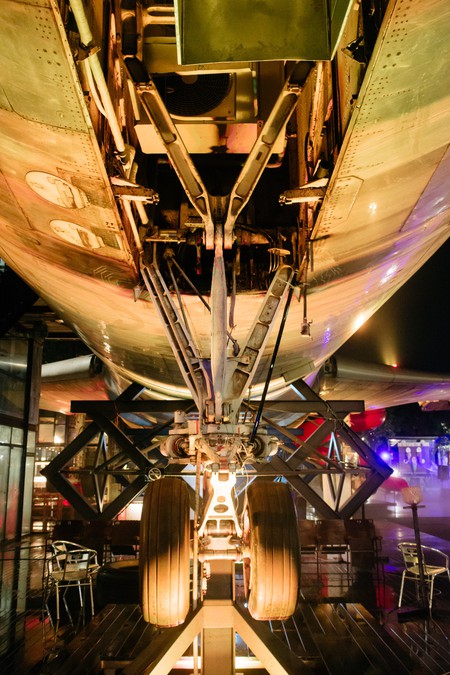 The plane was originally slated to be turned into a fine-dining restaurant, and it’s made it half way to that goal: right now it serves as the intriguing but frankly rather bizarre combination of a museum of stuffed and preserved animals and Thai restaurant, but it is only open ‘for special occasions’ and private hire. Still, you can also grab a seat beneath its wings for a drink at the appropriately named Runway Bar. 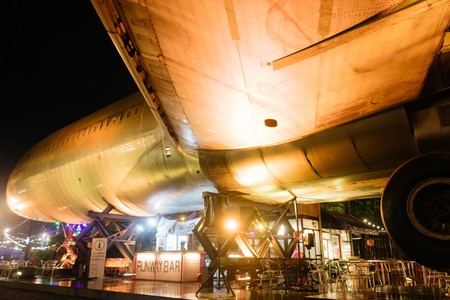 For drinks with a view like no other, Runway Bar sits right beneath the retired plane | © Vu Pham Van / Culture Trip

When to go to Chang Chui

Chang Chui isn’t limited to the kind of opening hours adhered to by other night markets around Bangkok. This creative park is open every day of the week except Wednesdays, with the ‘green zone’ opening first from 11am until 9pm, and the ‘night zone’ following and staying open later into the evening, from 4pm to 11pm. Depending on which parts of the venue you are hoping to explore, just about any time is great for heading over to Chang Chui. 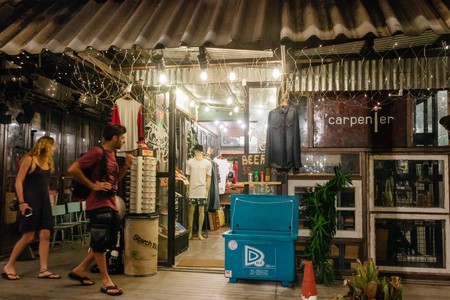 How to get to Chang Chui

One drawback about Chang Chui is that it isn’t easily reached by public transport – although that will change when a new commuter rail line opens nearby. For now, it’s possible to get close by taking a charming but infrequent mainline train to Bang Bamru station (and then walking the remaining ten minutes), but it’s far easier to hop in a taxi from wherever you are staying in Bangkok. Chang Chui is located on Sirindhorn Road in Bangkok’s outlying Thonburi district. 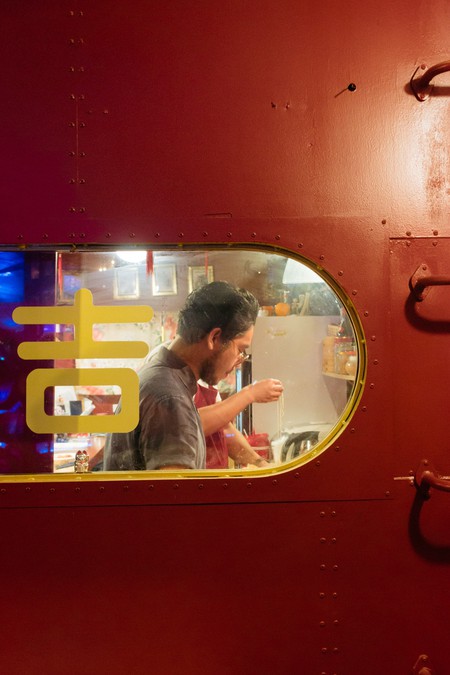 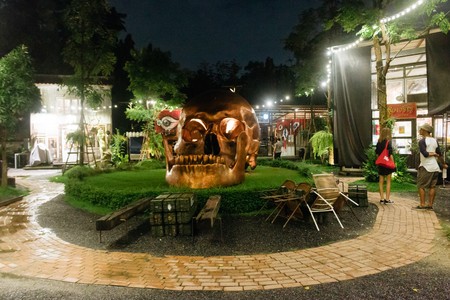 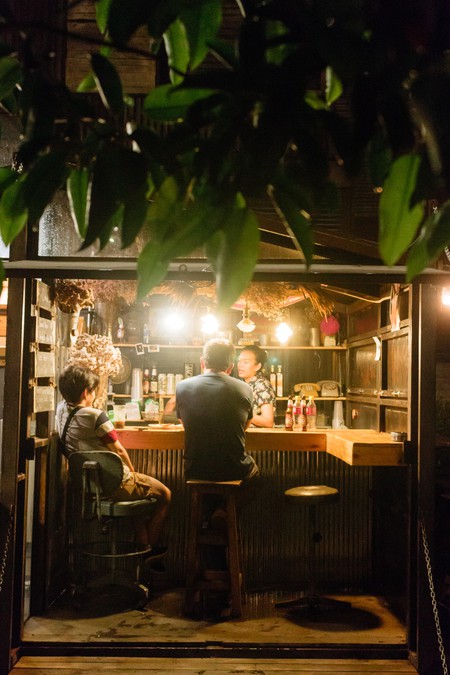 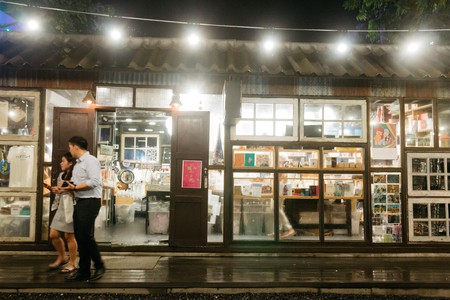 Among the countless shopping options are the likes of cute stationery, books, and artwork | © Vu Pham Van / Culture Trip 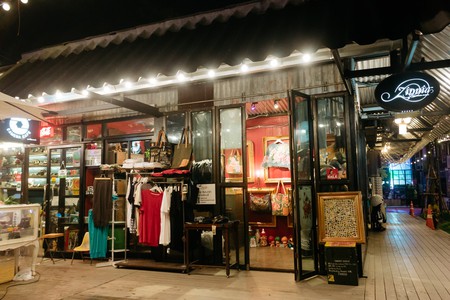 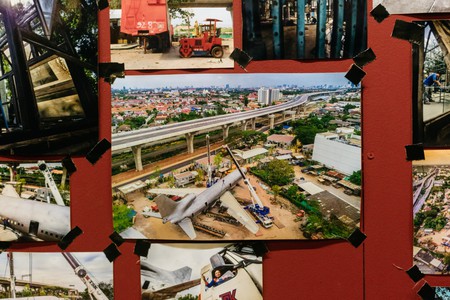 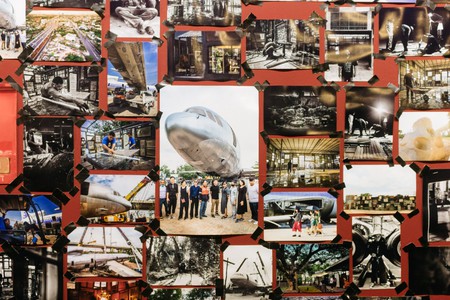