A Foodie's Guide to Eating Condiments in Thailand 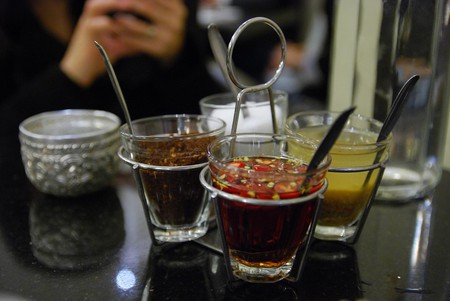 Thai food is known around the world for its distinct flavours, fragrances and spice levels that often leaves dishes from other countries quaking in their boots. But while the dishes are great in their own right, sometimes its the condiments we add to a dish that can make it that extra bit special. Whether it’s to alter a flavour profile or simply enhance it, Thai condiments play a huge part in Thai cuisine, and here’s a guide to the condiments you need to embrace on your travels. 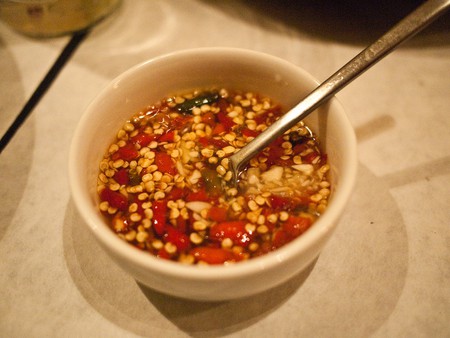 Prik nam pla is a salty fish sauce with chilli that’s found on dinner tables up and down the length of the country, whilst nam pla is a variation without the sliced chillies inside. Despite a rather simple make-up of fermented fish, salt and water, it has a strong salty taste, with just a small drizzle of this sauce enough to liven up an otherwise rather boring plate of fried rice. Nam pla is versatile, and is served with most Thai dishes – as well as being a popular condiment all over the region of Southeast Asia. 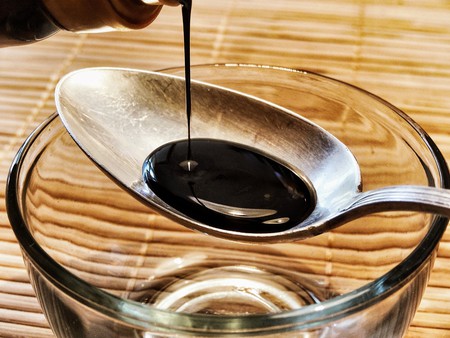 See ew is the name for soy sauce in Thailand, with dam – the word for black – referring to the darker version and khao – the word for white – referring to lighter soy sauce. Sweeter than other soy sauces you may be used to, while retaining its salty taste, it’s essential in joints that serve rice and meat dishes, such as khao man gai and khao moo deng. Its distinctive flavour endures in the mouth, making any meal a memorable one. 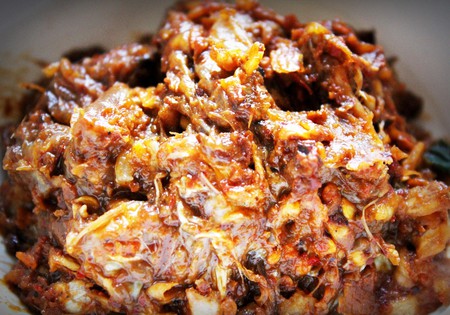 A paste of chillies, onion, garlic, palm sugar and oil, nam prik pao is a paste that’s especially popular with noodle soups in Thailand, particularly the much-loved tom yung kung soup. The presence of the palm sugar and the chillies creates a flavour that’s slightly sweet yet also slightly spicy, that makes for a great dipping sauce, a tasty addition to any dish, or even a savoury jam substitute on bread or in sandwiches. Extremely versatile and well-loved all over the country, it won’t be long after returning home that you’re researching recipes in order to add it to your grilled cheese… 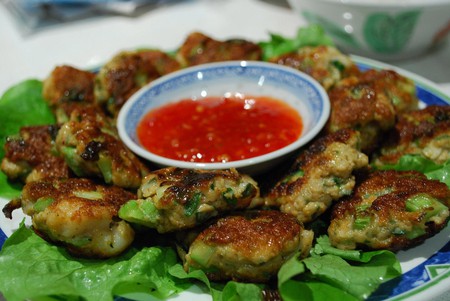 Thailand’s most delicious dipping sauce, nam jim gai is a sweet and sour chilli sauce consisting of red chilli, garlic, vinegar and sugar that’s popularly served alongside chicken. Similar to sweet chilli sauce you may be used to, it’s perfect when eaten alongside Thailand’s delicious fried chicken, and when drizzled over khao mok gai, a tasty Thai version of biryani. Whether it’s served in a store-bought bottle or homemade in a jam jar, its sweet flavour is a treat for the tastebuds, and is the perfect accompaniment to chicken dishes in Thailand.

Nam ajat is a pickled cucumber relish consisting of vinegar, cucumber, onion, chilli, sugar and salt that goes from sweet to sour as it stays in your mouth. Commonly found drizzled over Thai fish cakes or as a tasty dip for chicken or pork satays, it’s a thin sauce with cucumber and onion chunks that often helps to balance out the sweetness of dishes such as satay thanks to its softly lingering sour notes. 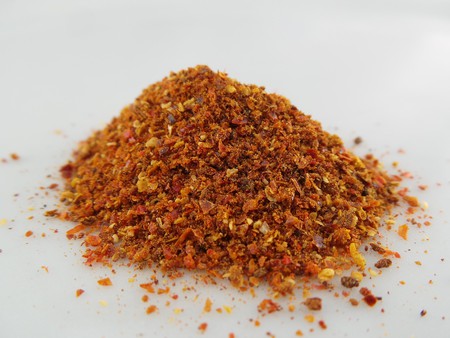 This is a Thai condiment that you should already be familiar with. Much like it will in pizza parlours and restaurants back home, dried chilli flakes can be found on tables all over Thailand. Dry chillies are ground in a pestle and mortar, before being served alongside your favourite dishes. Some Thai dishes such as pad Thai aren’t naturally spicy, and versions you try here might be milder than those you’ve tried out of Thailand, and so chilli flakes can help bring dishes to the spice levels you’re used to. 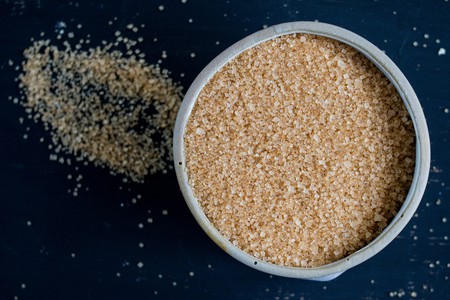 While many Thai dishes already contain a large amount of sweetness, the presence of cane sugar in a Thai condiment tray is a familiar sight to every Thai. While Westerners might consider sugar to be purely a sweetening agent, for Thais it’s a way to enhance other flavours in a dish – something they learn to do from a young age. A popular addition to a pad Thai or to a noodle soup, it helps to balance out the spicy or sour flavours in a dish. 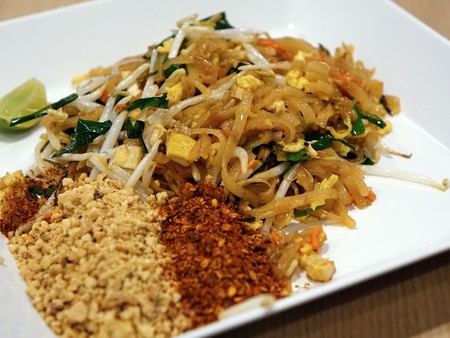 Ground peanuts are a common addi

Known in Thai as tua pon, peanuts ground in a pestle and mortar are often on hand to add yet another element of flavour and texture to Thai dishes. Commonly found served alongside Thai salads such as som tam or on a classic pad Thai, they’re also a treat on sweet dishes such as fresh coconut ice cream. 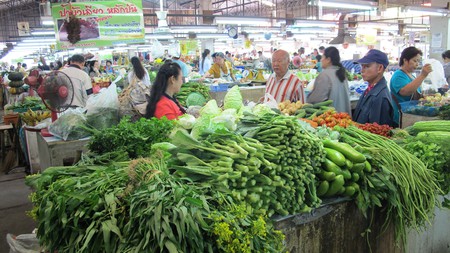 Meals are served with plenty of fresh pro

From roadside joints to fancy Thai restaurant, it’s extremely common to be presented with a large plate full of leafy green or crunchy vegetables to accompany your meal. Ranging from cucumbers to help douse the heat of the chilli, to leafy Thai holy basil to intensify the flavour, there’s often a tonne of different locally grown greens available to experiment with that are served complimentarily alongside your meal.