A Brief History of Tourism in Thailand 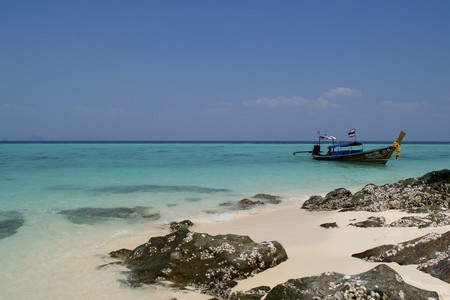 About 25 million people make their way to Thailand each year. From the most broke of backpackers to those who travel in the lap of luxury, this country receives a good variety of travelers, and it certainly has the hotels and activities to accommodate their broad tastes. But is this influx of travelers actually helping the country? Here, we examine a brief history of tourism in Thailand.

Whether they are making their way to Thailand’s stunning beaches or trekking through the lush green jungles in the north, tourists are exploring all that the country has to offer. Tourism in Thailand certainly has a positive economic impact on the country and those who live here. There were about 5,383,000 jobs in the tourism industry in Thailand as of 2014, according to the Authority on World Travel & Tourism. 14.1 percent of employment in Thailand is supported by this industry, and this percentage is expected to grow. In 2025, it is estimated that there will be about 8,140,000 jobs in the travel and tourism industry. Does the sheer number of jobs balance out the negative effects of tourism in Thailand, however? 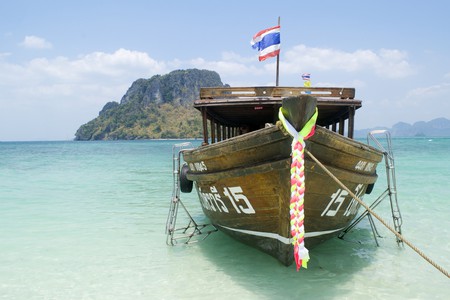 According to Forbes, Bangkok is the number one most visited city in the world. Herds of tourists make their way to the City of Angels, and some have one specific reason for this visit in mind: the thriving sex industry. Some of the most popular red light districts in Bangkok include Soi Cowboy, Patpong, and Nana Plaza. Pattaya, a city about three hours north of Bangkok, is also home to some of Thailand’s most notorious sex districts, where visitors can find those working in the sex industry all over Walking Street. Other areas similar to these red light districts can be found in Phuket and even Chiang Mai. This industry does largely cater to Thai men, regardless of the majority of the country being Buddhist. You will find a good number of tourists, however, who are looking to get in on the action. Prostitution has been illegal in Thailand since 1960, but there is little done to those who violate this law, and many of those who work in this industry are reliant on the money it brings in. 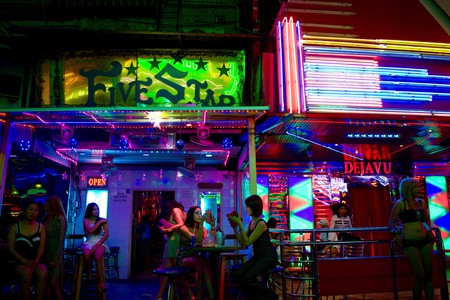 The thriving sex industry is not the only thing that drives visitors to the Kingdom. Other tourists come to see some of Thailand’s 40,000 Buddhist temples. Another huge sum of party-goers visit Thailand for its epic parties, whether they find themselves in Bangkok to experience some of its explosive nightlife or head down south to its raging beaches, such as Patong in Phuket. One such party that draws in over 30,000 tourists every month is the full moon party, which takes place on the island of Koh Phangan.

One Thai island that was negatively affected by the country’s influx of foreigners is Koh Tachai, located in the Andaman Sea off the coast of the Phang Nga province. It has been closed for an indefinite period of time because an abundance of tourists leaving the island covered with litter. The boats that were carrying visitors to and from the island were also leaking gasoline and contaminating its beautiful waters. These things were damaging both the immaculate coral reef here and its beautiful shores. Koh Tachai is supposed to have a maximum capacity of 70 people; however, it is said that there have been upwards of 1,000 people on the island at one time. 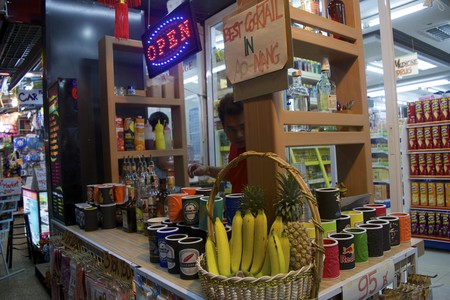 One industry that is certainly thriving from this influx of tourists is the animal tourism industry. This industry in Thailand has recently been in the spotlight due to the closing of the Tiger Temple in Kanchanaburi, Thailand. The temple had allegedly been trafficking animals, and 137 tigers were relocated to government-run sanctuaries, according to a June 1, 2016, Guardian article entitled, “Forty dead tiger cubs found in freezer at Thai temple.”

These majestic animals are often the subjects of visitors’ social media accounts. Most visitors to Thailand have been privy to one tourist or another changing their profile picture to them laying next to an incredibly calm beast. These animals, however, are apparently often drugged or abused in order for these photographs to even be possible. Tigers are not the only animals being exploited. Elephants must endure systematic torture in order to be ridden later by tourists at these so-called elephant sanctuaries. Orangutans are made to dress as humans and perform for cheering crowds. Tourists are oftentimes blissfully unaware of what goes on behind the scenes of these animals sanctuaries, which leads to more and more of them visiting these places. While international tourists are not the only people to blame for the popularity of these places, they are certainly big contributors to this industry. 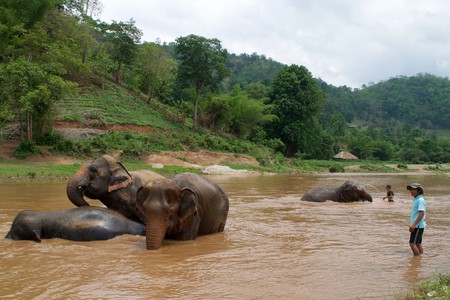 A period of mourning

Tourists are facing a dilemma of sorts now when traveling to Thailand. On Thursday, October 13th, the king of Thailand passed away. The passing of King Bhumibol Adulyadej has put the country in an official period of mourning. This has led to several disruptions to tourists itineraries, as events, popular tourist destinations and parties, such as the full moon party, have been closed, cancelled or postponed. The king ruled for 70 years before dying at the age of 88. As such, there are a few things visitors should be aware of before traveling to the country.

The king was respected and revered by all, and visitors should respect the great loss the Thai people are experiencing during this time. You will see many Thais wearing black or white clothing as a symbol of mourning. While visitors are not required to follow this particular dress code, do be respectful and wear dark and respectful clothing when possible.

One of Bangkok’s most popular tourist attractions, the Grand Palace, is being used to hold a traditional Buddhist funeral rite, though visitors are still welcome to come and explore its grounds. Many businesses will be closing out of respect for this period of mourning, including bars and nightclubs. The country has entered a state of mourning for the duration of one year, though it is unclear when life will return to normal in Thailand. That being said, there are plenty of things to do in this country that do not involve its abundance of bars and nightclubs, and travelers are still encouraged to make their way to Thailand during this time. 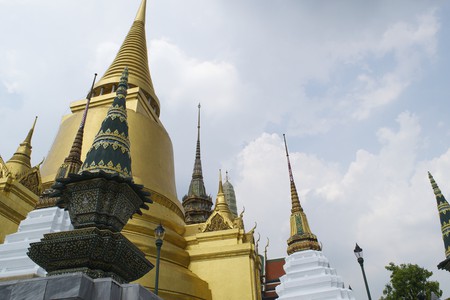 In addition to this period of mourning, political unrest, especially in the south, remains a concern for those traveling in Thailand. The areas that tourists should avoid include the southern provinces of Pattani, Yala, Narathiwat and Songkhla. Just this past year, a string of explosions have left many wondering whether or not it is still safe to come to Thailand. Four people were killed and more than 20 were wounded when bombs went off in the touristy city of Hua Hin, a popular destination for those traveling to Thailand. Bombs also went off in the cities of Phuket, Trang, and Surat Thani.

According to an article dated August 12, 2016, in The Guardian titled, ‘Thai resorts of Phuket and Hua Hin hit by deadly explosions,’ a handful of those injured were tourists. Two of those injured were from Italy, one was from Austria, three were from the Netherlands, and four were from Germany. Many governments were quick to issue travel warnings for Thailand, including the British government. They advised travelers to follow the advice of the authorities, local media, and for those travelers to ‘remain vigilant.’

The timing of the attack seemed anything but random, as the bombs exploded on the birthday of Queen Sirikit. The bombing also came after a new constitution was signed the previous Sunday. Many believe that the new constitution will keep the military in power. In 2014, the Thai military came to power in hopes of restoring stability in the country.

Lese majeste laws are in place, so any criticism of the government or its officials is prohibited, and committing such acts is punishable by law. According to a June 10, 2016, BBC article titled, ‘Thailand’s lese majeste laws explained,’ even social media users who have ‘liked’ something on Facebook deemed offensive to the king have faced charges under this law. What constitutes as a threat or defamation is vague, however, and visitors should refrain from talking about the monarchy entirely.