10 Non-Touristy Things to Do in Singburi, Thailand 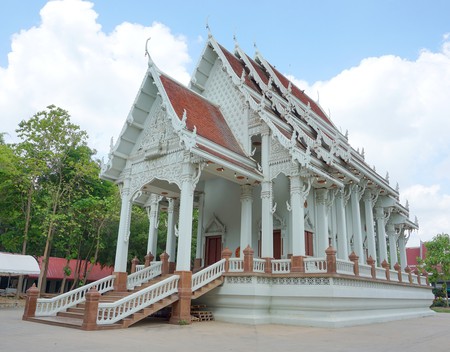 Although Singburi isn’t a major (and, arguably, even minor) tourist destination, there are some local attractions and experiences that are even farther removed from the tourist scene. Check them out!

Wat Mai (also known as Wat Suttawat) is located in Inburi district. Parts of the temple complex date back to the Ayutthaya period, and you can step inside a small old image hall to see beautiful ancient murals that tell the life story of the Lord Buddha. The cracking paint, chipped stonework, and fading colours add to the sense of history. Enough detail remains, though, to appreciate the artwork that was created several hundred years ago. 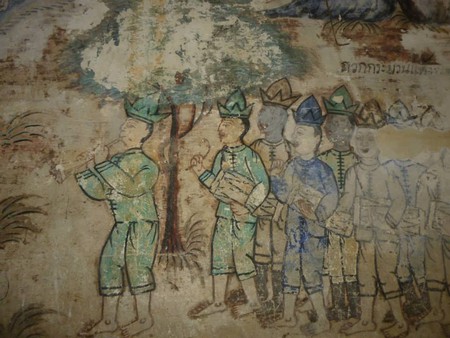 Wat Phra Prang Muni boasts a golden corn-shaped pagoda that stands proudly about the surrounding pastoral areas. The temple has a sacred old well and paintings that depict Buddhist heaven and hell. Created in the early 1900s by a man from Laos, the artwork is celebrated for its beauty.

Have a meal and drink at Rabeagnam

Sitting alongside the Mae Nam Noi River in Bang Rachan, Rabeagnam is a casual and cosy restaurant where you can enjoy inexpensive and authentic Thai meals in a local setting. Order a plate of pork, chicken, fish, or vegetables over rice, noodles, fried rice, a Thai salad, or anything else that catches your eye. It’s better to go prepared with an idea of what you fancy to eat, however, as the menu is only available in Thai. Enjoy the river views, chat over a bottle of beer, and relax. 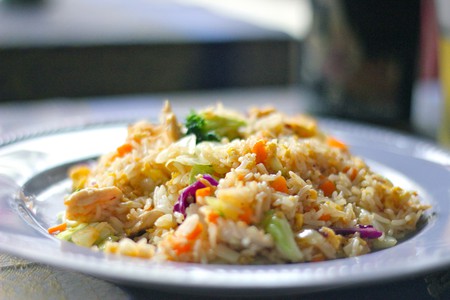 Wat Champa Thong has everything you’d expect in a Buddhist temple: ornate buildings and pagodas, statues and pictures of the Lord Buddha, shrines, and flowers and foliage. One thing you may not be expecting, however, is a large wooden ceremonial boat. The boat was used to take Princess Sirindhorn on a trip along the river when she visited Singburi, and it is now preserved at this temple in her honour and to remember the royal visit. 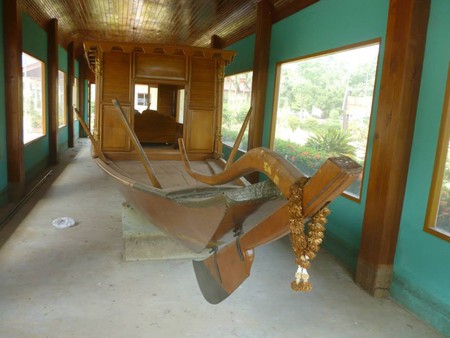 Nestled in the heart of rural farming land, Peetim Homestay is a comfortable accommodation with air-conditioned rooms, on-site entertainment and leisure options, and classrooms for teaching local children and young novice monks. During school holidays and weekends, local children come to the homestay to benefit from English-language tuition from volunteers. Workbooks are provided to ensure constancy and development, as well as being useful for volunteers. People staying for a longer period of time may also be placed in local schools to teach.

A pretty pond filled with fish and surrounded by blossoms and plants sits near the entrance of Wat Pho Rattanaram. A large Buddha statue glints in the sunshine, with a monkey and an elephant sitting in front as though paying their respects. A different statue is assigned to people born on different days of the week, though there are two statues for Wednesday, with one for Wednesday morning and one for Wednesday evening. This particular statue, with the elephant and monkey, is the statue for those born on Wednesday evenings. It relates to a charming story of the Lord Buddha retreating to the forest to spend some time in solitude and the respect that he was shown by the wild creatures. The temple also has an interesting statue of nagas snaking around an orb. 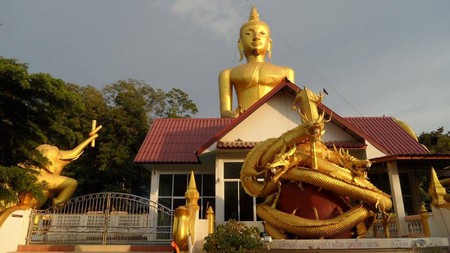 Indulge in a sweet treat at Ice House Cafe

Ice House Café is a cool and quirky dessert café in Singburi town. Colourful statues and plenty of flowers make the place look cheery and bright from the outside, while the cool blast of air conditioning as you walk through the doors is often a welcome relief in the hot Thai weather. Although the establishment mainly specialises in an array of ice creams, with towering delights covered in fruit and syrup and that are very Instagrammable, you’ll also find things like honey toast and shaved ice on the menu too. 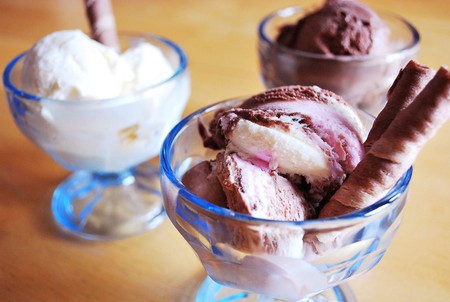 Covering parts of both Bang Rachan and Inburi districts, Mae La Maha Rachanuson Park is a large public park alongside the banks of the Mae La river. There are play areas and walking trails and the surrounding area is peaceful and picturesque. People often fish in the waters with the dense leaves overhead providing ample shade in the sun.

Close to the highway, Wat Kudi Thong has a pale square-shaped pagoda-like building, known in Thai as a mondop. This mondop contains relics of the Lord Buddha. People come here to pay their respects and pray at a Buddha footprint within the complex. There is also a small on-site museum that houses an assortment of day-to-day items used by Thai people in times gone by, including agricultural and fishing equipment, clothes, tools, household items, and decorative objects. 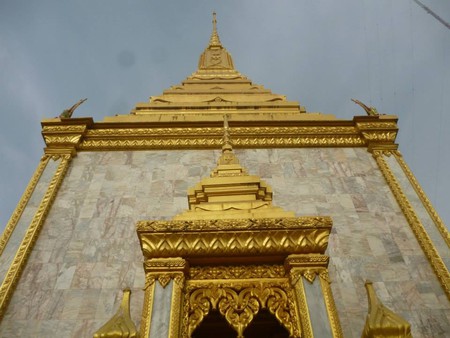 Step back in time at Wat Na Phrathat

A major feature of Wat Na Phrathat is a towering pagoda known as a corn pagoda. Believed to date back to the mid-1600s, the brick pagoda is representative of the Ayutthaya-style of architecture. There are other small ruins to explore and it is unlikely you will come across another soul as you wander through the site and imagine what it would have been like in times gone by. 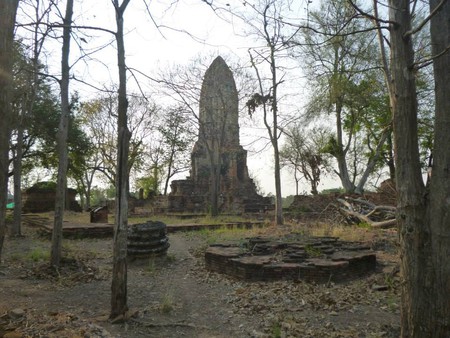