The Rise of Dodgeball in Hong Kong

Though not as popular as soccer or basketball, dodgeball participation is on the rise in Hong Kong, especially at the youth level. Members of the Dodgeball Association of Hong Kong, China talk about the sport’s appeal.

Hong Kong, a former British colony, has been heavily influenced by Western culture. This is especially evident in its sporting scene; horse racing boasts the most spectators, while soccer, basketball, badminton, swimming, table tennis and cycling have the most participants.

The Western influence has continued to grow with the introduction of dodgeball, a popular sport among American school children. The Dodgeball Association of Hong Kong, China was created in 2006 to help increase the sport’s popularity not only among youth, but adults as well. There’s even a dodgeball bootcamp for beginner and intermediate players led by players and coaches from the Hong Kong Dodgeball League.

“Dodgeball is popular but not as popular as football or basketball,” says Jimmy Fong, 25, captain of the Hong Kong men’s dodgeball team. “In many secondary and primary schools in Hong Kong, kids are playing dodgeball, but it isn’t on an official team: it’s to teach kids how to play it and create awareness.” 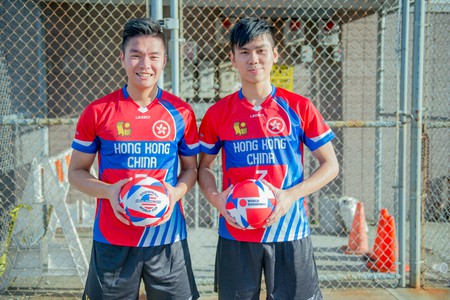 The Dodgeball Association of Hong Kong, China has seen growth in participation of their local tournaments in recent years. In 2014, 143 teams competed over six days, while this year will feature more than 300 teams playing over 15 days.

Hong Kong’s national teams have generated more buzz for the sport domestically thanks to their international performances, including at the 2017 Asia Pacific Championships in Malaysia. The men’s team reached the quarterfinals, while the women’s and mixed teams earned bronze medals.

Hong Kong carried that momentum into the 2018 Dodgeball World Cup with the men’s team winning the Invitational Tournament and the women’s team finishing fourth in the World Cup at the Hulu Theater at Madison Square Garden in New York City.

“It brings a lot of awareness,” says Kei Laam, 19. “We played really hard in the Asia Pacific Championships to earn the right to come to the World Cup this year. The local media has reported on our results and it makes us proud. Now more people want to learn about us and want to play dodgeball.” 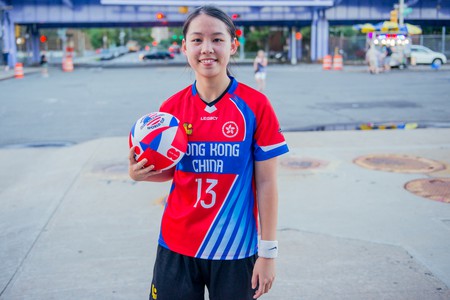 Dodgeball in Asia is played differently than the rest of the world. The game is played with one ball as opposed to the more commonly known multi-ball version. In single-ball dodgeball, there is a group of players (inside) flanked by groups of players on each side (outside) with those on the inside needing to avoid getting hit from either end as one ball is tossed back and forth.

Despite this difference, the Hong Kong team is able to utilize skills and tactics, including teamwork and agility, from single-ball dodgeball to find success playing multi-ball.

“I like multi-ball dodgeball because we can play against other [non-Asian] countries,” Fong says. “It gives us an opportunity to learn from other countries and players. Some other countries’ players are stronger, while we’re smaller, but we can use our defense and agility to dodge and overcome that.” 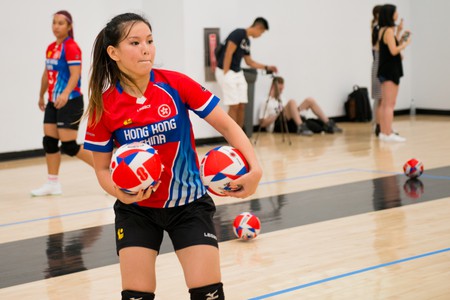 The Hong Kong team experience in New York City was a positive one, which hopefully translates to more buzz and excitement around the sport back home.