The Top Things To See and Do in Camps Bay, Cape Town 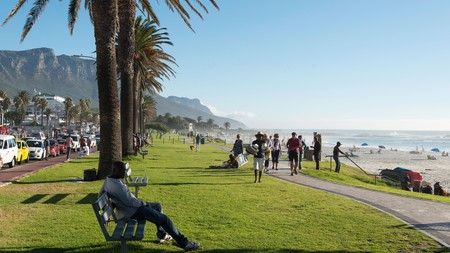 Camps Bay is a somewhat divisive neighbourhood in Cape Town, at least as far as local opinions go. But scenically, its location could not be more idyllic, wedged between the soaring Twelve Apostles of Table Mountain, Lion’s Head and a pristine stretch of beach leading out into the Atlantic Ocean. 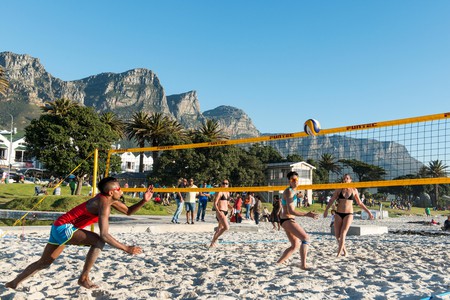 Camps Bay’s idyllic location has made it one of the Cape Town’s major tourist attractions – which in turn has attracted some of the city’s highest prices, along with several tourist traps to which many visitors fall prey. There are, however, dozens of relatively undiscovered places dotted throughout the coastal suburb, and it takes a local resident with a love and care for the area to point these out.

Former Camps Bay guest house owner and tour guide, Chris von Ulmenstein, is one such passionate local. She’s lived and worked in the area for many years, and through her Whale Tales blog shares her personal views about the neighbourhood and city as a whole. These are her top suggestions for things to see and do in Camps Bay.

Walking is one of the best ways to experience the beauty of Camps Bay, and Von Ulmenstein recommends covering the section from Bali Bay to the end of the promenade, at Mynt Café, on foot. “There is no fresher and more beautiful start to the day than walking along the Atlantic Ocean,” she says. “It’s an easy way to pick up 4,000 steps there and back.” 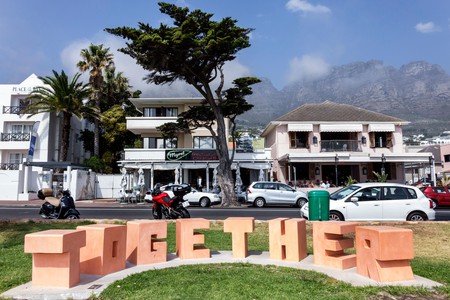 Have a scenic lunch or dinner

Much of the dining focus in Camps Bay is around the restaurants on the so-called Camps Bay Strip. But Von Ulmenstein has another suggestion for visitors to the area. “Enjoy lunch or dinner at Salsify at The Roundhouse,” she says. “The restaurant is highly rated, with talented chef Ryan Cole in the kitchen, and it belongs to chef Luke Dale-Roberts, who owns locally and internationally rated The Test Kitchen in Cape Town.”

There are also dozens of restaurants closer to the action of Camps Bay. Most cater towards tourists and are priced accordingly, but the quality – and location – usually justify the higher costs. Codfather Seafood & Sushi serves some of the city’s best seafood; The Hussar Grill a reasonably priced, good-quality steak; and Paranga offers the quintessential Camps Bay dining experience complete with opulent cocktails and scenic seaside location. The cheapest meal, though, is likely pizza from popular chain Col’Cacchio, which has also been known to deliver directly to the beach. 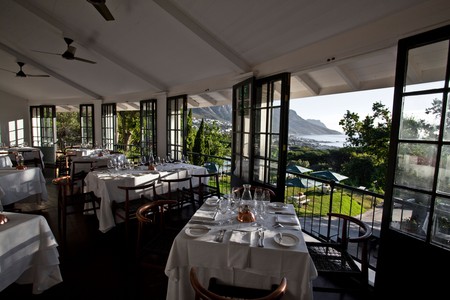 On the contour path above Camps Bay is one of the city’s most popular gentle mountain walks: the Pipe Track. It’s so named because it was initially a path constructed to service a pipeline that carried fresh water off the mountain and down to the city. These days, however, almost all of the foot traffic it sees is courtesy of walkers and joggers appreciating the panoramic views of Camps Bay and the Atlantic Ocean. It runs for approximately six kilometres (3.7 miles) one way, and most walk out and back along the same route. The most popular time for walkers is in the late evening as the sun starts to slip behind the Atlantic. The track runs from the top of Kloof Nek and Tafelberg roads all the way to the southern reaches of Camps Bay, but there are also starting points from within the suburb itself, and access to several hiking routes to the top of Table Mountain. 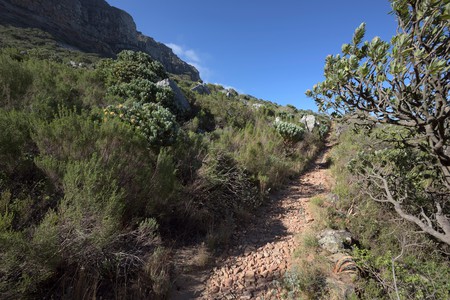 Theatre on the Bay attracts some of the biggest shows in the country, and Von Ulmenstein recommends a visit here at least once during a short trip. Theatre on the Bay is just 30 years old with an attention-grabbing drape as its main facade. It was recently given what the theatre’s Dean Roberts says is a “showbiz facelift” and painted bright gold.

“Theatre on the Bay offers a wide range of shows, from comedy to drama and, of course, musicals,” says Roberts. “Crowd favourites over the years include Chess, Joseph and the Amazing Technicolor Dreamcoat, Sunset Boulevard, History Boys and The Producers.

“The calibre of entertainment at Theatre on the Bay is world-class, and the performances would not be out of place on the West End or Broadway,” he says. “Theatre on the Bay offers an evening of glorious sunset vistas, fine dining and shows that delight all the senses – set like a gem on the Camps Bay Strip. What’s not to love?”

For breakfast along the Camps Bay Strip, Von Ulmenstein has one obvious suggestion – Maison J. “It serves the best croissants in Camps Bay, made by kingpin Jason’s Bakery, with excellent coffee and tea,” she says. “It’s the hangout of joggers and cyclists on weekends, and loved by residents, to sit down or take away.”

Cycle from Camps Bay to the waterfront

The stretch of road between Camps Bay and Sea Point is one of the most scenic in the Cape, and if you’re up for it, Von Ulmenstein recommends tackling this on a bicycle.

“Rent a bicycle, or bring your own, and cycle all along the Atlantic coastline, from Camps Bay to the waterfront,” she says. “There is safe parking in Camps Bay for your car while you cycle.”

Cocktails are synonymous with Camps Bay and, given the suburb’s location, it’s hardly surprising. Come late afternoon, many beachgoers dust the sand off their feet and make their way across the road to engage in an all-South African sundowner – a drink taken while watching the sun set.

There are dozens of places to choose from, but Von Ulmenstein recommends Chinchilla. “It is on the third floor of The Promenade Building, has a fantastic view onto the beach, a DJ playing house music on weekends and some bites to eat,” she says. “It’s also a place to see the cool Capetonians.”

Swim in the tidal pool

Tucked away on the southern reaches of Camps Bay is a large tidal pool that many don’t know about. It’s also an ideal spot in which to freshen up if swimming in the waves is too icy. As Von Ulmenstein explains, “It is not as cold as swimming at Camps Bay Beach, and is a hidden secret of hardened Camps Bay residents.” 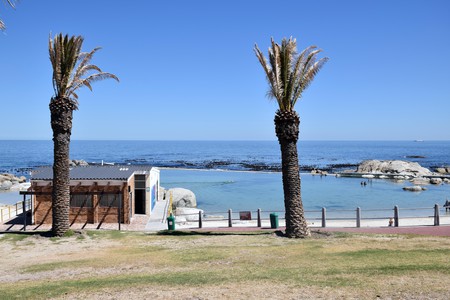 Most mainstream surfing options in Cape Town are located along False Bay, or further north along Table Bay, but there’s a gem in Camps Bay for surfers in the know. For accomplished surfers, Von Ulmenstein suggests taking a walk to the beautiful Glen Beach. “While it is not safe for swimming, it is a popular beach for local surfers,” she says.

Drink and dance at Caprice on a Sunday evening

No trip to Camps Bay would be complete without a Sunday evening visit to the strip’s most famous – or infamous – bar, Caprice. Love it or hate it, it’s become a Sunday evening institution for visitors, and Von Ulmenstein recommends a visit to soak up some of the atmosphere. “DJs play, and everybody who is anybody is there,” she says. “It’s the most popular restaurant and bar on the Camps Bay Promenade.”

Spend a day at the beach

The main reason most people visit Camps Bay is, unsurprisingly, for the beach. Although during the height of summer it is often crowded, it’s still one of the city’s most picturesque beaches. The backdrop of the Twelve Apostles is iconic, it’s a short walk from a variety of trendy establishments, and the soft sand and icy water make for a great midsummer combination. There are also umbrella and deckchair rentals nearby and a supermarket across the road, making this not only one of the most scenic beaches in the country but, weekend traffic aside, among the most convenient for first-time visitors to the city.