The Most Impressive Buildings in Lima to Visit

© Harvey Barrison / Flickr
Lima has some of the most stunning colonial architecture in the world, much of it clustered around the city’s Plaza de Armas. Follow our guide through Lima’s most impressive buildings that have stood the test of time.

Huaca Pucllana is an adobe and clay pyramid located in Miraflores. It’s also impossible to miss – in the upscale business district of Miraflores’, this ancient pyramid couldn’t be more prominent. Enjoy it during the day or at night from its spectacular onsite restaurant. 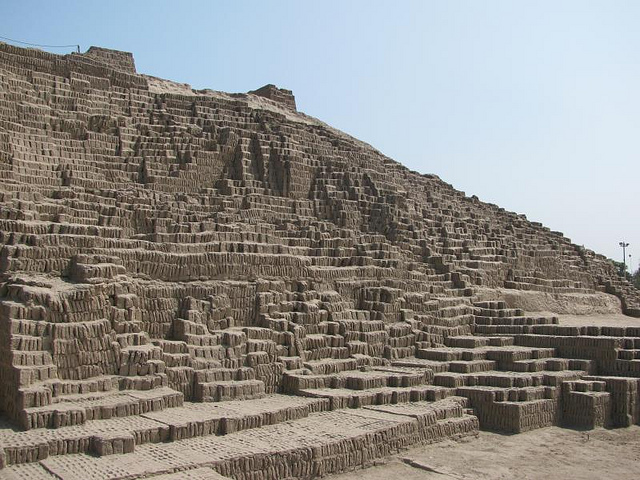 This mansion is widely considered to be the best example of colonial architecture in Lima. It was built in 1730 by José B. Tagle, the Marquis of Torre Tagle and treasurer of the Royal Spanish fleet. Among its notable features are its intricately carved balconies that are visible from the street. Currently, the palace is home to the Peruvian Ministry of Foreign Affairs and can only be visited with a private tour operator. 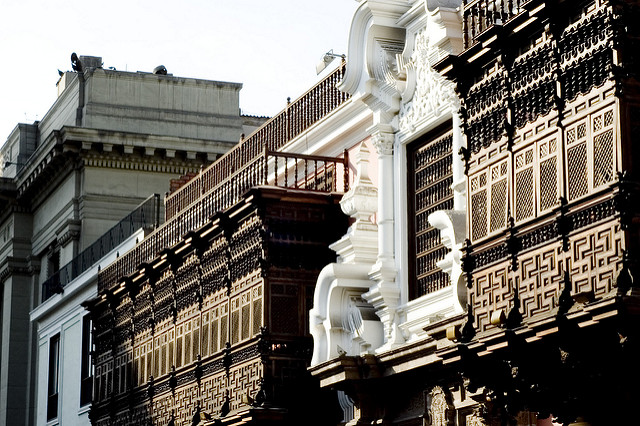 Building, Historical Landmark
Casa Aliaga, Lima, Cercado de Lima | © Harvey Barrison / Flickr
Casa de Aliaga is the oldest colonial mansion in Lima, dating back to the 16th century. The house has been owned and lived in by the Aliaga family and their descendants since Franzisco Pizarro granted the land to Jerónimo de Aliaga in 1535. The building is a perfect example of the beauty of colonial architecture both inside and out.
More Info
Open In Google Maps
224 Jirón de la Unión, Urb Cercado de Lima Cercado de Lima, Municipalidad Metropolitana de Lima, 15001, Peru
+5114277736
Visit website

Monastery
The church and monastery were blessed in 1673 and completed in 1774, but have suffered damage over the years from earthquakes, only to be rebuilt and renovated in the 20th century. The church is recognized for its Spanish Baroque architecture and its catacombs located under the building.
More Info
Open In Google Maps
Jirón Lampa, Urb Cercado de Lima Cercado de Lima, Municipalidad Metropolitana de Lima, 15001, Peru
+5114267377
Visit website

Building, Museum
Archbishop's Palace of Lima | © Francisco Anzola / Flickr
The Archbishop Palace is located in La Plaza de Armas next to the cathedral. Representative of Spanish colonial rule, this religious symbol is intentionally present in the main square, as the church and Spanish colonial power went hand-in-hand. Constructions of the original Archbishop Palace began shortly after the foundation of Lima in 1535. The building is home to the Archbishop of Peru and the administrative headquarters of the Roman Catholic Archdiocese of Lima.
More Info
Open In Google Maps
Jirón Carabaya, Urb Cercado de Lima Cercado de Lima, Municipalidad Metropolitana de Lima, 15001, Peru
+5114275790
Visit website