The Coolest Neighborhoods in Lima 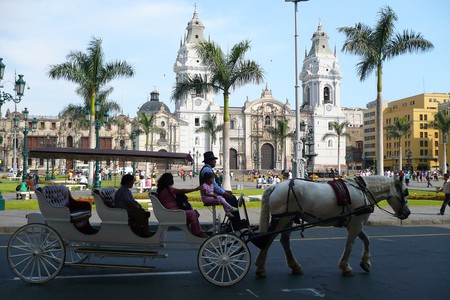 Lima is a collection of diverse neighborhoods and understanding the character of each barrio will greatly enrich your visit to the City of Kings. Here is a guide to Lima’s coolest neighborhoods that are worth exploring.

Barranco, located just south of Miraflores along the Pacific Ocean, is Lima’s artsy, bohemian district. It’s developed without being soullessly upscale and artsy without trying too hard, offering a splash of color among Lima’s otherwise ubiquitous grey. Its main attractions are the Bridge of Sighs – one of its most romantic areas in the evening – the beautiful Plaza with its bright colors and onlooking church, the street art found almost everywhere and, of course, its seemingly endless supply of bars. Have a drink and walk around the the district enjoying all its color, art and quirkiness. 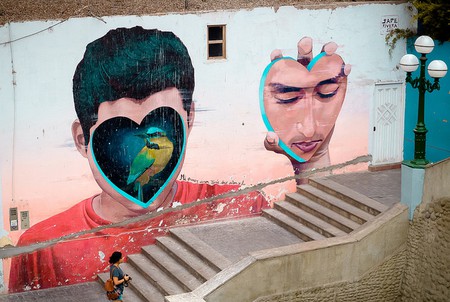 Miraflores is Lima’s flagship upscale area to live in. The neighborhood offers a couple of miles of spectacular parks that run along its boardwalk, which have unrivaled views of the Pacific Ocean. Living here is undoubtedly more expensive, but you’ll be surrounded by the world’s finest restaurants such as Restaurante Central and Miado. Lima is the gastronomical capital of South America and Miraflores is where most of its best known and experimental restaurants reside. Have dinner at one its world-class restaurants and then go out and enjoy the nightlife. Just off Parque Kennedy you’ll find streets lined with bars.

San Isidro is Lima’s high rise, business district. A lot of well-to-do Peruvians will move here for its more suburban environment – where you’ll find houses with backyards and front lawns – just a short walk away from the bustling business area. Think Los Angeles with a Latin American twist. For the traveler, head to San Isidro for its boutique stores and shopping options before having a meal at one of its many delicious restaurants.

The historical center is a must visit – no person should come to Lima without spending at least a day wandering around the narrow streets looking up at all the restored colonial architecture. Francisco Pizarro established the city’s central square in the 16th century to serve as the capital of colonial South America. Not one building remains from that period, but the area is nonetheless striking. Before leaving, make sure to head to Plaza de Armas, where you’ll find an old cathedral and the President’s building, and then stop for a pisco sour at El Gran Hotel Bolivar, just a short walk away from the plaza. 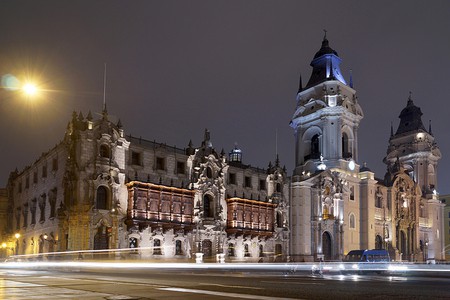 Peruvians love their Chifa (Peruvian-Chinese food) and barrio chino is where it all began. Take a walk down the center of the barrio and enjoy the charming Chinese architecture. If you’ve yet to try Chifa, there is no better place to start. The only problem will be which one to choose with the seemingly endless options of Chifa restaurants. 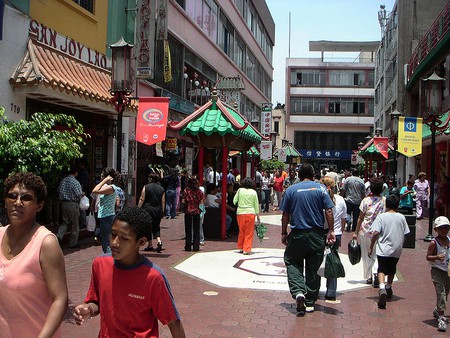