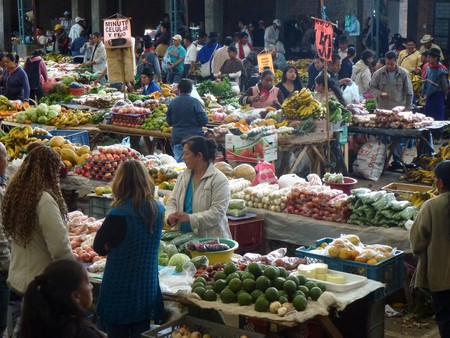 While Medellín may not have as many dedicated street food markets as the Colombian capital of Bogotà, the city is certainly no slouch when it comes to quality street food and gastronomic markets. From luxurious riverside markets to rough-and-ready fruit and veg stalls, here are the best places to sample street food in Medellín, Colombia.

Medellín’s very own luxury gastronomic market, Mercado del Rio, opened in late 2016 and has been serving up the finest quality food ever since. The market is in a huge warehouse space near the Medellín River, with somewhere between 40 and 50 restaurants, including Colombian favourites as well as international cuisine. It may not be a street food market in the traditional sense, but it’s the best place in Medellín to sample a variety of different foods in one place. 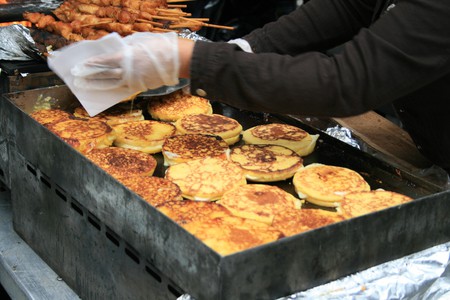 El Pulguero is a locally beloved market that only takes place four times a year, on the third weekends of March, June, September and December. Although it’s a rare occurrence, this market isn’t just an amazing place to purchase crafts and souvenirs; it also hosts some of the nicest street-food stalls you will find in Medellín. With luxury food trucks serving up everything from chicharron and avocado brioche sandwiches to waffles with cacao syrup, El Pulguero will definitely give your tastebuds a workout.

Minorista is primarily a giant commercial market located in downtown Medellín, selling everything from sneakers to secondhand clothes. However, it also does a roaring trade in fruits and veggies and is definitely the best place in the city to explore the wonderful world of Colombian fruits. Wandering among the stalls, you’re likely to see multiple different types of fruits you never knew existed. 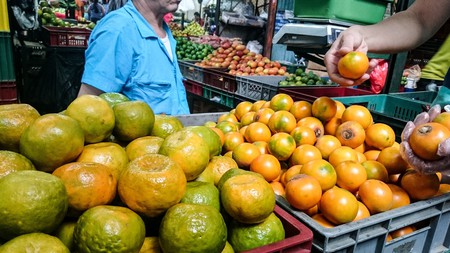 An outdoor market held on Primavera Street in the heart of the hip neighbourhood of Poblado, Via Primavera is billed as an ‘Art, Design and Gastronomy Celebration’ and is held every Sunday. With several great cafés and restaurants lining the street itself, you’re never short of food and drink options. But it’s the many food trucks that offer the best options for dining, including the popular Mediterranean Food Truck.

OK, so this street-food tour isn’t exactly a market, but it’s the best way to get a crash course in Medellín street food and experience the many delights of Colombian food – especially if you’re on a tight schedule and want someone else to show you around. Operated by La Mesa Food Tours (who also operate a similar tour in Bogotà), the tour takes in the best of Medellín street food, including several typical snacks, drinks and even a tasty Colombian dessert. 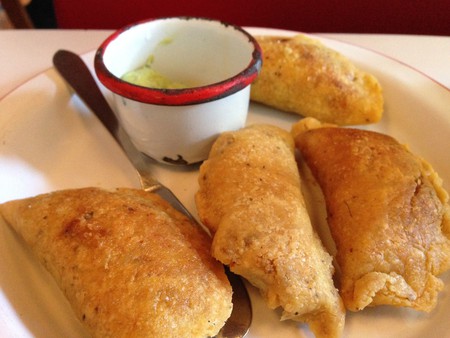 A small flea market near Avenida Poblado, San Fernando Plaza runs sporadically on Sundays and (alongside the New Age gift stalls and artisan products) you will find plenty of street-food snacks and typical dishes to enjoy. From freshly made fruit juices to baked cakes and cookies, there’s always plenty to eat here.

An up-and-coming spin-off of the Mercado del Rio gastronomy market, this food market is located in the neighbourhood of Manila. Although it lacks the scale of it’s more well-known inspiration – with only five or six restaurants instead of nearly 50 – Manila Food Market’s open-plan seating and intimate atmosphere make for a great place to eat some good food and meet new people.