A Beginner's Guide to the Six Regions of Colombia 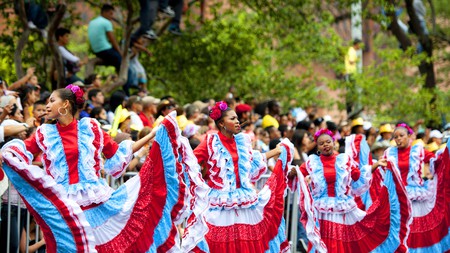 Making outsiders feel welcome is part of the way of life in Colombia, so it’s no surprise that the country is pitching itself as the most welcoming place on earth. To help plan your future trips to the South American country, we’ve highlighted what you can expect to find in each of the major regions.

With a diverse cultural heritage throughout the country, Colombia has a great blend of languages, people and natural wonders everywhere you look. From the beaches along the Caribbean Sea and the Pacific Ocean to the land borders with Brazil, Peru, Ecuador and Venezuela, there’s a lot to choose from when it comes to finding the perfect destination to suit your taste. Here’s a look at what makes this country so special to help you navigate your way through the six regions of Colombia.

The influence of the Caribbean is prominent here, where the food, music and festivals have a flavor of the islands. The major port of Cartagena is one of the most romantic destinations in the world, ideal if you’re looking for a slightly unexpected couples getaway. Colorful colonial-era streets and the historic castle of Castillo de San Felipe de Barajas should be on the top of your list – as should the Old Town, which is bustling with charm and foodie delights.

Islas del Rosario, a small archipelago that forms part of Cartagena’s island region, is home to the largest coral reef in the Colombian Caribbean. Exotic marine life can be found here, including rays, sea turtles, corals and dolphins which make it a paradise for divers.

Party lovers won’t want to miss a trip to Barranquilla – famous around the world for its Carnival of Barranquilla – where guests can dance to the energetic rhythm of the Spanish paloteo, African congo and the indigenous mico y micas. 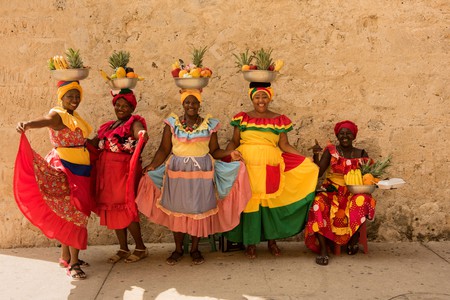 Into the mountains in the west, you’ll find howling monkeys and colorful birds. Most people will be familiar with the flavors of this region as it produces what many regard as some of the best coffee in the world. The city of Pereira encapsulates the authentic spirit of the coffee region by day and offers lively nightlife after dusk. Pereira is a great mix of modern and traditional – with upcoming artists displaying their latest work in historic buildings.

Just outside the city, you can relax in Los Nevados National Natural Park where visitors can unwind in hot springs – but for the more adventurous traveler, there’s the challenging cycling route up Alto de Letras. It’s one of the toughest ascents in the world and you’ll certainly feel like you’ve earned that coffee break once you’ve tackled it.

Don’t forget Medellin – Colombia’s second-largest city – is also found here and the annual flower festival is not to be missed. 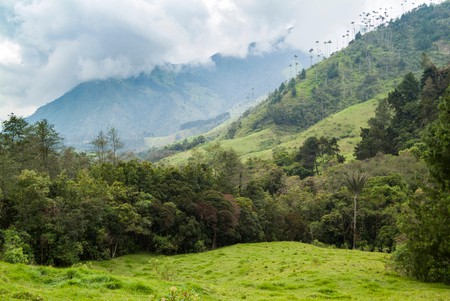 A vivid sign of the rapid growth Colombia has seen recently is found in the capital, Bogotá. The food scene here has attracted amateur cooks and professional chefs from all over the world – it comes as no surprise when the lively markets sell fresh produce of the highest quality.

There’s an emerging entertainment industry in Bogotá too, as creatives have found more outlets for their work – although you can still see some wonderful street art on display. For the best view of the city, you should head up Cerro de Montserrate, a funicular ride away from the city.

If you’re keen to get away from the busy capital then you’re in luck as the surrounding area is full of moors and valleys. These natural landscapes are ideal for wine production and you can check out some extraordinary vineyards which operate in the traditional way. 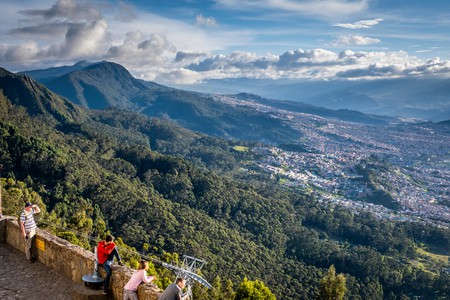 For the best views of Bogotá, take the funicular up Cerro de Montserrate | © Lucas Vallecillos / Alamy

Delving into the ancestral heart of Colombia, this region is home to peaceful towns like Popayán as well as the imposing statues of San Agustín. Volcanic mountains give Colombian Massif a unique aura where locals still produce textiles using centuries-old methods.

Popayán’s culinary offerings are unparalleled with flavorsome local dishes to make the heart sing. The carantana, aplanchado, tamales, empanadas de pipián, amasijos and the tortilla soup are just some of the city’s most popular dishes. Flavour is key – but it’s the passion of the local cooks that makes for the true culinary delight. 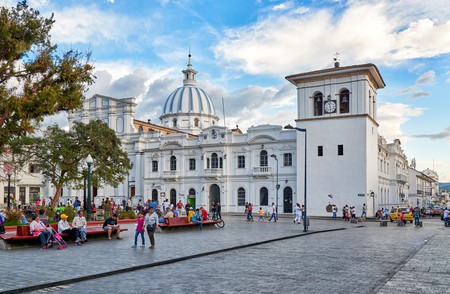 Nature-lovers should head straight to this coastal region where untouched forests and remote beaches are waiting. The town of Bahía Solano is a little gem where visitors are known to time their stays to coincide with the arrival of humpback whales between July and October every year.

If the juxtaposition of lush forests and pristine beaches seems like an odd one, that’s because it is. Freshwater descends from the Baudó peaks and runs into the Pacific Ocean – creating this outstanding area of natural beauty. Ecotourism is understandably a big focus here and towns like Tumaco and Nuquí are striving to find the balance between popular appeal and conservation. The concept of farm-to-table cuisine is one small way that locals are hoping to preserve their environment.

In the region of Cali, Valle del Cauca is known as the world capital of salsa. Cali is also a great destination to head to if you want to do a bigger trip visiting Bogotá, Medellin and Cartagena as part of a multi-destination tour of Colombia. 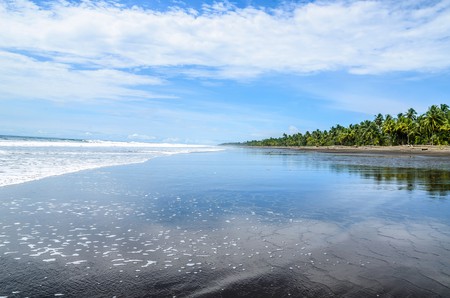 Finally, we get to explore the most extensive tropical rainforest in the world. The Amazon river also passes through Peru and Brazil – as well as Colombia – with many tours starting in Leticia. The largest city in the region isn’t particularly well known, but serves as the perfect base if you’re looking to explore the wilder side of Colombia.

There aren’t many roads here so getting around will require some local expertise. Thankfully, people have learnt to live at one with nature and you’ll understand why Colombia is the most biodiverse country per square mile in the world.

Today, you can take part in other activities in the Amazon – such as zip-lining and canoeing – but you can also see a traditional way of travel that has been preserved for centuries. 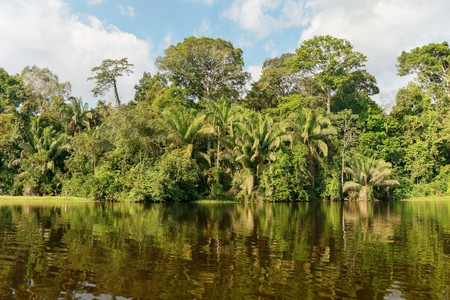