The Best Things to Do for Free in São Paulo 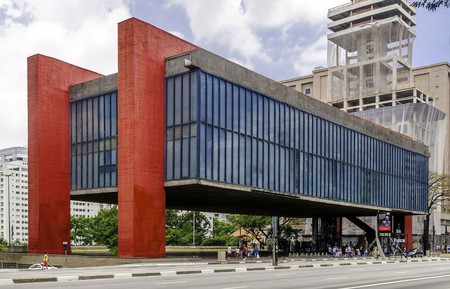 Judging exactly how expensive São Paulo is can be a difficult task. In general terms, it is a costly place to live if you are earning Brazilian reais, but dollars, pounds, and euros go a long way in SP. However, there are plenty of things in the city that are just as expensive as London or New York, such as certain fancy restaurants. Either way, São Paulo is also a city that offers plenty of things to do for free. Here is a selection of some of the best.

Visit one of SP’s cultural centers

São Paulo has tons of spaces spread across the city, including exhibitions, libraries, theaters and cinema, all with free entry. Particular highlights are the newly built Instituto Moreira Salles on Paulista Avenue, with its gorgeous views and superb exhibitions, and Japan House, another new space at the other end of Paulista, promoting Japanese culture in the city.

In the center of the city, SESC 24 de Maio is an excellent place to spend an afternoon, while the gorgeous 1900s interior of the Centro Cultural Banco do Brasil is worth a look.

The São Paulo Museum of Art, commonly known as MASP, is one of the jewels of the city. With an excellent collection of Brazilian and international art, housed inside the intriguing glass and reinforced concrete structure suspended above Paulista Avenue by four pillars, it’s a must-visit for anyone in São Paulo.

For most of the week, entrance to the museum costs R$ 30 (approximately $9.50, with students, teachers and over 60s paying half price), but on Tuesdays, everyone goes for free. 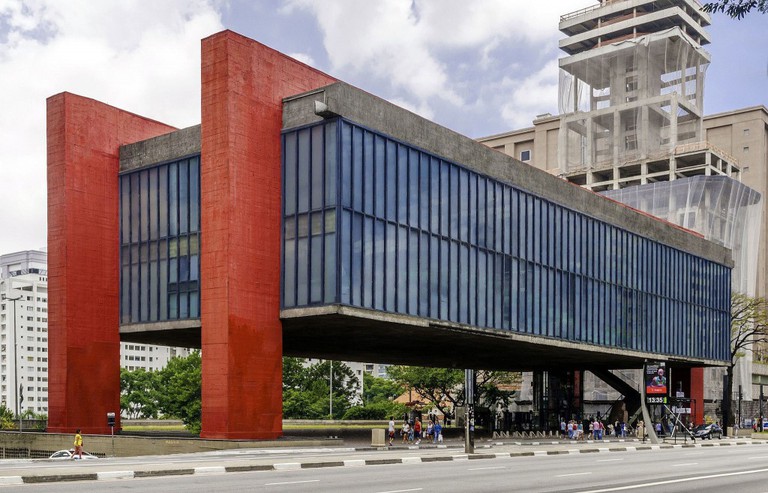 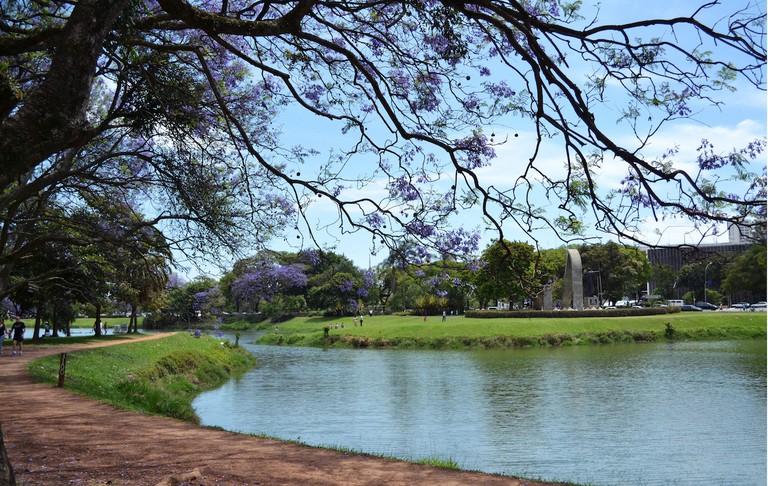 The sprawling urban park voted one of the best of its kind in the world by The Guardian newspaper, Ibirapuera is a mandatory stop on any visit to SP. In the middle of the chaos of the city, Ibirapuera is a fascinating island of peace and quiet, where the locals go for bike rides, picnics, jogging or just a spot of sunbathing.

With free entry ever since its opening in 1954, there is plenty to do across its 158 hectares, such as marveling at the park’s two large lakes or enjoying its museums and buildings, almost all designed by iconic Brazilian architect Oscar Niemeyer.

Inside Ibirapuera Park is one of the city’s best museums, which has the added bonus of being free of charge year-round. The Museu Afro Brasil (Afro-Brazilian Museum) tells the story of slavery in Brazil, as well as the crucial role of African populations in forming the cultural identity of the country. With more than 6,000 pieces, including paintings, photographs, sculptures, and documents, among many others, the museum does a superb job of casting light onto an often overlooked part of the construction of Brazilian society. 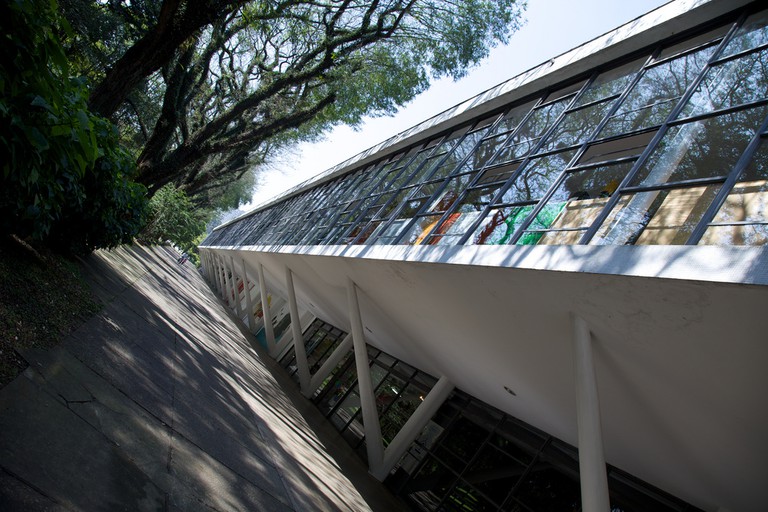 To the west of São Paulo lies the hilly neighborhood of Vila Madalena, one of the city’s coolest, most artsy regions. Full of charming galleries, tree-lined streets, independent boutiques and pretty cafés, it is a lovely place to spend an afternoon.

One of Vila Madalena’s most fascinating characteristics is in the names of its streets, chosen by anarchist students in the 1960s and ’70s. They chose names such as Rua Harmonia (Harmony), Girassol (Sunflower) and Purpurina (Glitter) to go against the city’s usual custom of naming roads after politicians or army generals.

Visit the Pinacoteca on Saturday

Another of São Paulo’s best museums is the Pinacoteca do Estado, located in front of the grandiose Luz train station in the city center. The oldest museum in SP, the Pinacoteca also has arguably the best collection of Brazilian art in the world. Entrance throughout the week is incredibly cheap (only R$ 6, roughly $1.80), while the entire museum is free to visit on Saturdays. Combining the Pinacoteca with a wander around the beautiful Luz Station and Praça da Luz makes for an excellent Saturday afternoon. 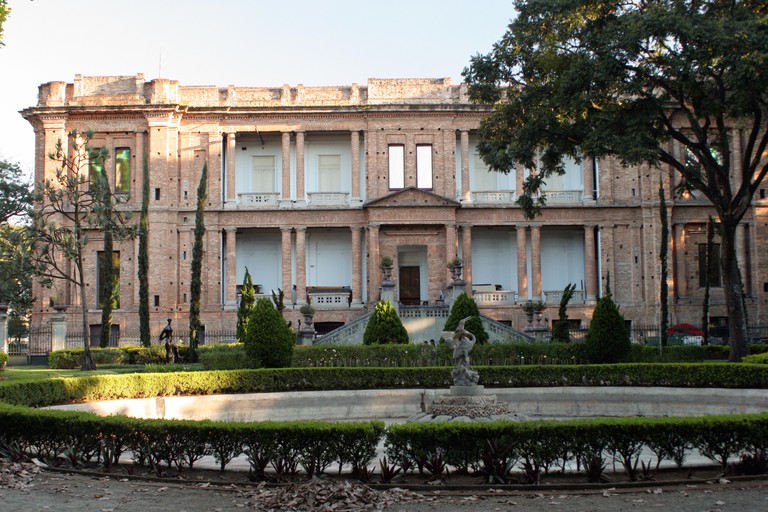 It may seem like a bit of an oxymoron to suggest a walk around Rua Oscar Freire, the most expensive street in Latin America, as a free activity in São Paulo, but a spot of window-shopping around the countless designer stores and boutiques can make for a fascinating way to spend your afternoon.

Sample fruit at the Mercado Municipal

São Paulo’s Municipal Market, commonly known as the Mercadão (“Big Market”), always features high on lists of things to do in SP and is a fascinating place that all tourists should visit at least once. Located in the old center of São Paulo, its ground floor is littered with stalls selling fruits, vegetables, spices, cured meats, and other delights.

While buying things at the Mercadão can end up being pretty expensive (unless money is no object, do not buy any fruit at the Mercado Municipal), the secret is to browse the stalls and fill yourself up on free samples of the delicious and extravagant foods on offer. The sellers are always willing to let you try as much as you’d like, with no obligation to buy, so go nuts. 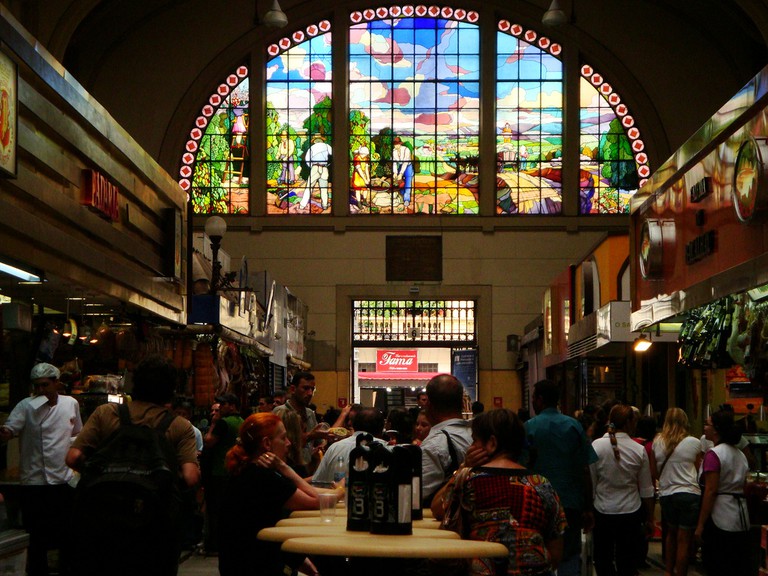 A classic money-saving option in any city is to tag along with a free walking tour. São Paulo’s most popular free walking tour has three different routes, going around the historic center, Paulista Avenue and the previously mentioned neighborhood of Vila Madalena. All tours are in English, and there is no need to book your place, simply turn up at the meeting point.

In the western neighborhood of Barra Funda, an excellent choice for a day out is visiting the Latin America Memorial, a cultural project developed by anthropologist Darcy Ribeiro. The space serves as a monument to the history, culture, and integration of Latin America as a whole, with galleries, a library, an auditorium, and sculptures, with the entire architectural project designed by Brazil’s master architect Oscar Niemeyer.