The Best Things to See and Do in Perth's Elizabeth Quay 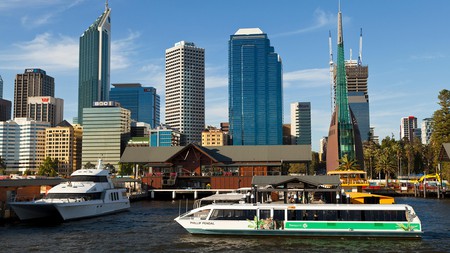 Elizabeth Quay has only occupied the northern banks of the Swan River since 2016. But it’s difficult to recall a time when this sparkly entertainment precinct – named after Queen Elizabeth II during her Diamond Jubilee in 2012 then completed four years later – wasn’t a feature of Perth’s ever-expanding skyline.

“It’s hard to imagine Perth without it now,” says Jess Bushby from The Island, a multi-purpose eating, drinking and social space, and the centrepiece of this glitzy urban development. “It’s added a whole new district and so many more venues with amazing views of the river and the city.”

Just below St Georges Terrace and peering across Perth Water at the South Perth foreshore, the advent of Elizabeth Quay converted this small stretch of waterfront with luxury hotels, glam food and drink spots, and an alfresco gallery of cutting-edge public art. 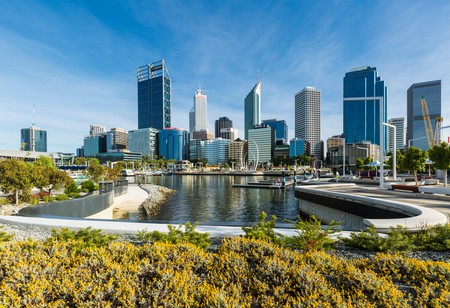 “It’s more family-friendly and Instagrammable than other areas of the city,” Bushby says. “Elizabeth Quay is like an inner-city escape by the water with fun stuff for the whole family and with amazing city views. So close to public transport and right in the city. And the development continues.”

From beers and burgers to one almighty bell tower, these are the nine best things to see and do in Elizabeth Quay, Perth.

At the entrance to Elizabeth Quay’s man-made inlet hovers The Island and its central Florence Hummerston Kiosk – home to a restaurant, kiosk, garden bar, pizzeria and microbrewery. The historic building was constructed in 1928 on the Esplanade, named after beloved community worker Florence Hummerston in 1985, then painstakingly relocated in 2016. “The building was literally taken apart brick by brick and reassembled here on the island,” Bushby tells Culture Trip. “We have amazing wood-fired pizzas, burgers and typical pub food. We also have beautiful local seafood and amazing platters to share. Many of our pizzas are named after things that are meaningful to the building’s history. For example, the Grand Palace was a Chinese restaurant that used to operate in its previous location.” 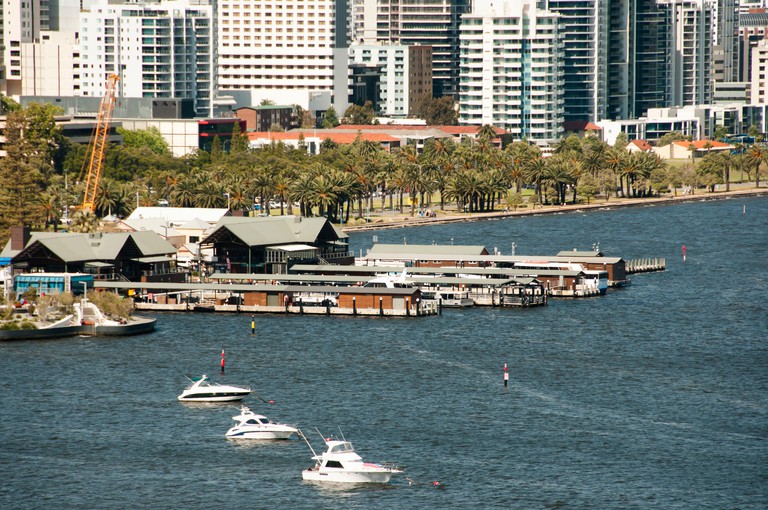 As well as quickly cementing its reputation as an entertainment precinct in its own right, Elizabeth Quay doubles as a launch pad for boat tours of the Swan River, Fremantle and as far as Rottnest Island. The Little Ferry Co’s boutique electric vessels, Captain Cook Cruises’ floating bar, and Wild West Charters’ eco-adventures all depart from here. “Wild West Charters is the only one I can vouch for and they’re great,” Bushby says. “Wild West Charters will take you on a river cruise, or even over to Rottnest. The skippers are super fun. You can go to the outer harbour and see dolphins!”

Gondolas on the Swan ramp up the romance even further, injecting a splash of the Mediterranean into the middle of Perth. The luxe red upholstery glows particularly brightly on a sunset cruise beneath the sparkling city skyline. “We provide a unique way to celebrate any special occasion with a cruise on the beautiful Swan River,” says owner and gondolier Alan Wetton.

Eat and drink on the waterfront

Back on dry land, Elizabeth Quay’s menu spills over with delicious food and drink options. Oyster Bar dishes up seafood from its rooftop bar with river views. The Lucky Shag is one of Perth’s liveliest waterfront watering holes. And the intimate bistro at the Reveley opens up to swanky Henry’s Rooftop Bar. “The Ritz Carlton recently opened at EQ too,” adds Bushby, who also has a soft spot for the handcrafted ice cream from the uber-modern gelato joint in the north-east corner of the inlet. “Head over to the Island for lunch and a play at the playground followed by a gelato at Gusto.”

Elizabeth Quay’s most decorated culinary experience lives inside the WA Rowing Club. Since 2004, Rubra’s German-built Probat drum roaster has been churning out award-winning coffee. And in 2017, Rubra on the Swan shuffled into the WA Rowing Club’s timber clubhouse that’s stood here since 1905, delivering an all-day breakfast menu to the booming Elizabeth Quay area. “A relaxed atmosphere invites all walks of life to enjoy the serene surrounds of the Swan River,” says Rubra’s Holly McMurray. “And a perfect view of the Swan River and botanical gardens accompanies classic dishes and locally roasted coffee.” 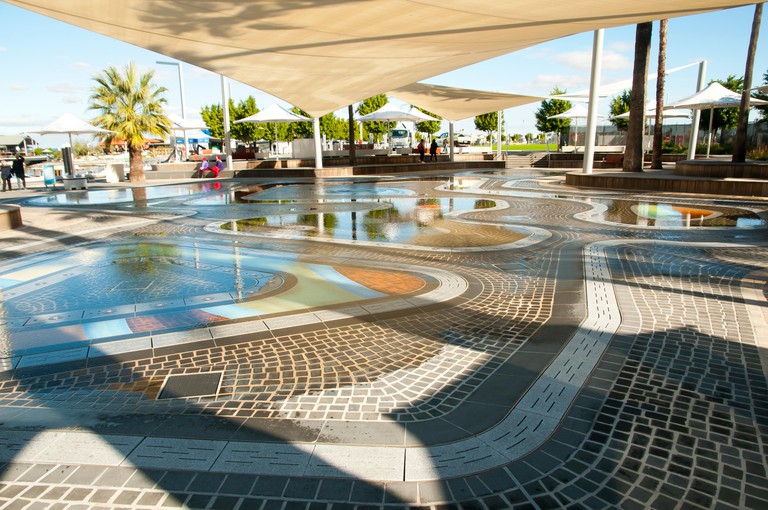 For every bar, café and restaurant in Elizabeth Quay, there’s a piece of eye-popping public art. Spanda is a series of towering rings, the largest 29 metres (95 feet) tall. First Contact’s silver bird shimmers in silver. A statue of feminist Bessie Rischbieth neighbours the Florence Hummerston Kiosk on the Island, from which the double-arched pedestrian bridge also feels like a masterpiece. The Four Winds canopy crowns the ferry terminal, while the illuminated EDGE artwork hugs the water. The Black Swan mural tells the Indigenous Noongar creation story of WA’s state bird, and the colourful Pinjah mosaic (named after the Whadjuk word for tadpole) depicts the Dreaming story of the creation of the Milky Way in the kid-friendly BHP Water Park. And for children, the maritime-inspired playground on the Island is the biggest work of art of all. “There’s the pirate playground near us… parents can sit and have a drink while the kids play,” Bushby says. “The other side of the building is our brew garden, which looks over the water towards the city and the Spanda sculpture.”

Technically, this pointy glass-and-copper spire is situated in leafy Barrack Square rather than Elizabeth Quay, but it’s only steps from the other attractions on this to-do list. The 18 Swan Bells – a set of centuries-old chimes sourced from the UK after Australia’s Bicentenary in 1988 – inhabit the 82m (269ft)-tall Bell Tower, which is topped with an open-air observation deck staring across the Swan River. “The Bell Tower isn’t really at Elizabeth Quay,” Bushby says. “But it’s very close though.”

Elizabeth Quay’s prime riverside locale places it firmly on Perth’s cultural radar, with a roster of events filling the busy calendar – keep an eye on the website for details. “Last June we did Cosy at the Quay, which was a winter market across the Quay including a bar and stalls on the pedestrian bridge,” Bushby says. “Also at Christmas time the City of Perth normally does a Christmas lights trail, which is spectacular.”