Where to See Great Comedy Troupes & Shows in Philadelphia 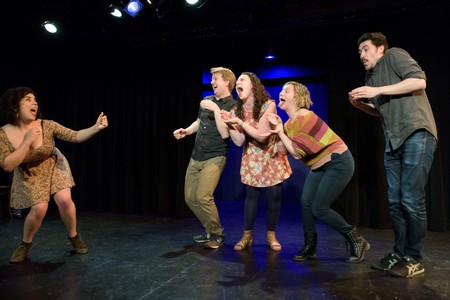 If you’re in Philadelphia and looking for a laugh, there are plenty of troupes and shows that are sure to tickle your funnybone. Whether you’re a fan of sketch, improv, or standup, check out our need-to-know guide to the best comedy troupes and shows in town.

Founded in 1997 by Jennifer Childs and Peter Pryor, 1812 Productions is the only comedy troupe in the entire country exclusively donated to comedy. Aside from popular shows like their political news show, “This Is The Week That Was,” they also send their troupe to host themed Quizzo nights throughout the city and have an outreach program with local schools.

Launched in 2005, Philly Improv Theater has its own space, which houses several improv and sketch teams, but these teams also tour the city and the country for different festivals. This theater is also home to a comedy school, which teaches several levels of improv, sketch, stand-up, and more. 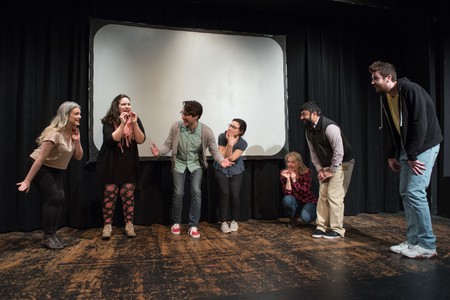 Originally, The N Crowd had a home in Old City at the small Actor’s Center, but in recent years, they’ve become a part of other comedy troupes. An independent improv group, they hold hour-long shows with six performers, who are all a part of their frequently rotating casts.

A competitive, completely improvised game consisting of two teams that runs twice a night on Saturday evenings, ComedySportz is a nationwide show that has found a home in Philadelphia. For over 25 years, they’ve also offered improv classes and hosted shows throughout the city. 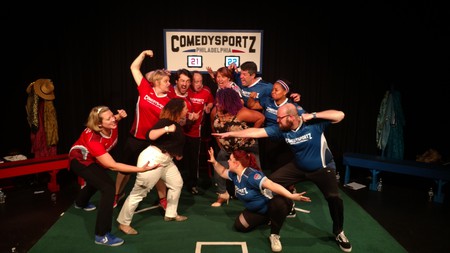 Good Good Comedy still travels throughout the city but did find a home at a space just outside of Chinatown in 2016, after a hugely funded Kickstarter. However, they frequently open their space to other troupes and shows and take their acts on the road, and sponsor festivals like Five Dollar Comedy Week.