What to Do on a Layover in Harrisburg, Pennsylvania 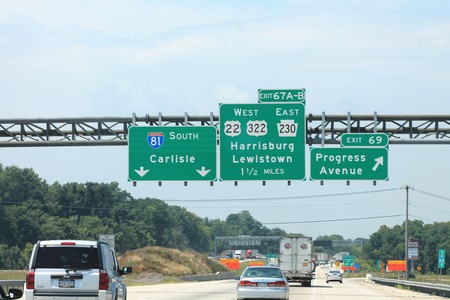 If you have to pass through Harrisburg to connect to another flight, why not spend some time in the city? The local attractions are easily accessible by rental car, public transit, or Uber. 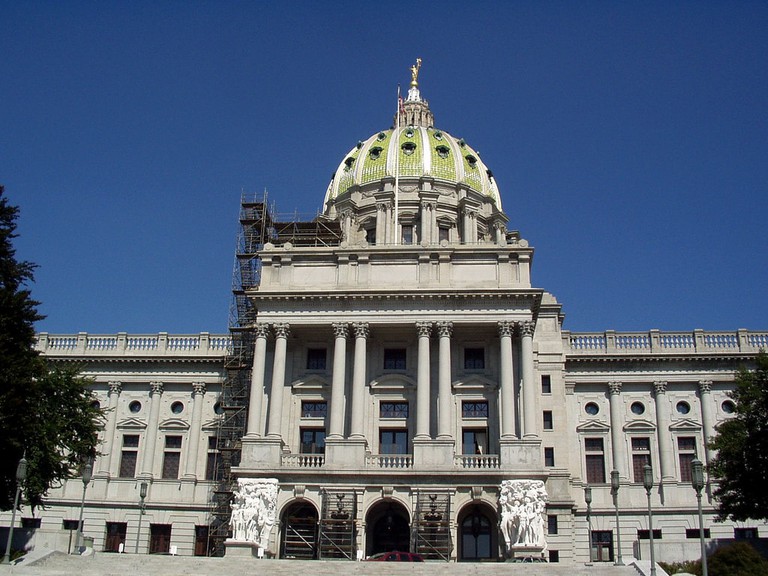 Pennsylvania State Capitol | © Look Up, America! / Flickr
The Pennsylvania State Capitol building, located in downtown Harrisburg, is a functional seat of government, where laws are passed and the public policy is set for over 12 million residents of Pennsylvania. This building is a symbol of freedom and democracy, and is often referred to as a “Palace of Art” for its unique beauty and design. Select areas of the Capitol complex–such as the Main Capitol Rotunda, East Wing Rotunda and Fountain–are open to the public. Visitors can book a 30-minuted guided tour or opt for a self-guided tour during weekdays, which includes a brochure with all the information you may need. 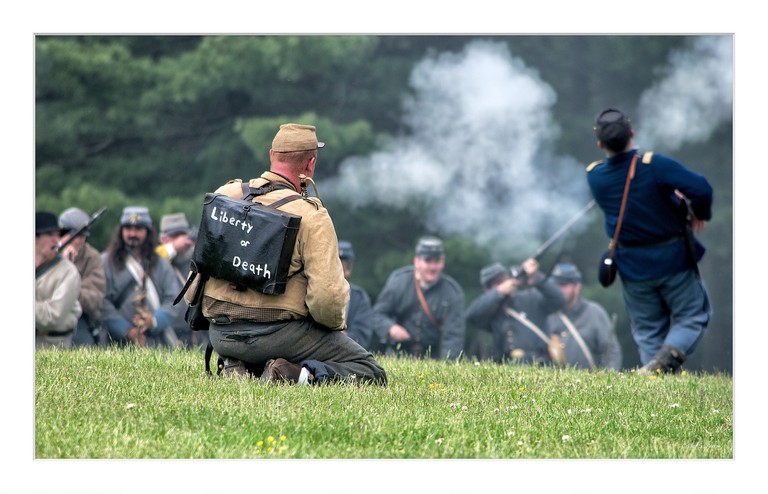 Civil War reenactment | © Craig Kuhn / Flickr
The National Civil War Museum in Reservoir Park is the only museum in the United States that portrays the entire story of the American Civil War. It houses more than 4,400 artifacts and around 21,000 archival pieces from the war, including some related to General Robert E. Lee to President Abraham Lincoln. The exhibits cover a variety of topics, from Harrisburg’s role in the Battle of Gettysburg to women’s roles in the Civil War, and are rotated annually. This year, the museum is hosting a year-long exhibit displaying the 150th commemoration off the Civil War. 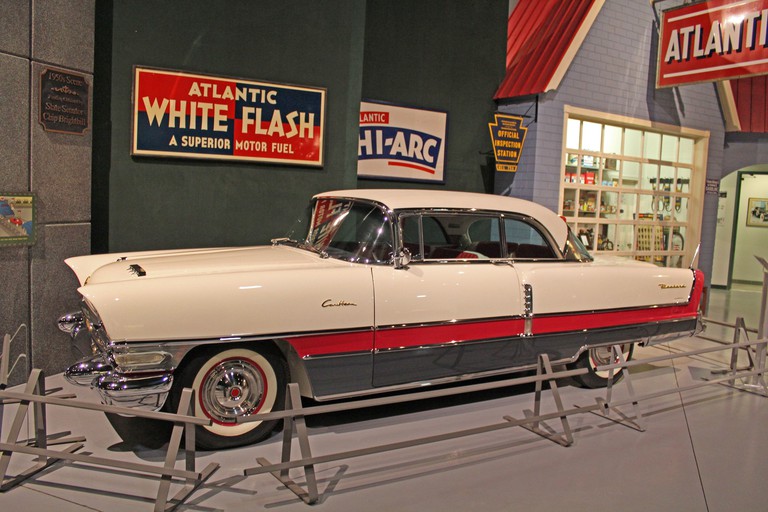 1956 Packard Caribbean | © Bob / Flickr
For all car lovers, the AACA Museum is a proud affiliate of the Smithsonian Institution, and offers a world-class automotive experience. Explore vintage vehicle displays and interactive exhibits featuring cars, buses, motorcycles and other automobiles from the 1890s through to the 1980s. The museum offers educational tours and hosts monthly events. Situated in Hershey, the AACA Museum is just a 20-minute drive from Harrisburg International Airport. 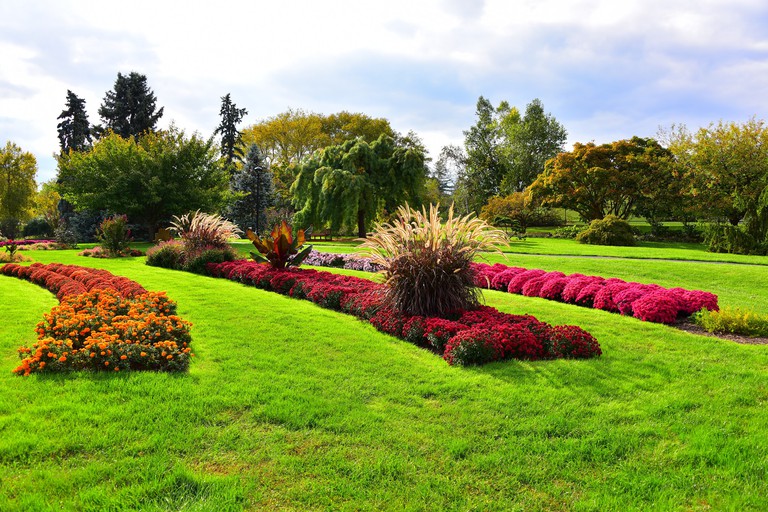 Hershey Gardens | © Sal DeMatteo / Flickr
Opened in 1937, Hershey Gardens occupies 23 acres of botanical beauty. The garden overlooks the town of Hershey, and features an assortment of flowers and shrubs and a stately collection of rare signature trees. There are also 11 themed gardens, a children’s garden and a butterfly atrium that offers a magical experience for the entire family. 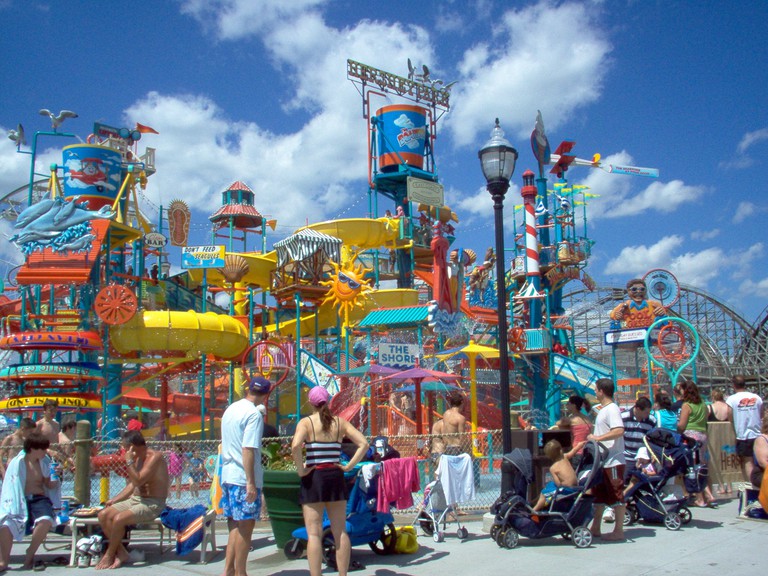 Hershey Park | © Jeff Gayduk / Flickr
Hershey Park offers a world of fun, with over 70 rides and attractions, including 13 thrilling roller coasters. Open year round, Hershey Park is three parks in one, including Zoo America–an 11-acre zoo housing more than 200 North American animals–and the Boardwalk at Hershey Park, a water park with over 16 attractions including a lazy river, wave pool and water slides. It’s located 20 minutes from the airport. Visitors can let their hair down and channel their inner child on the lightning racer, or get their hair wet on the tidal force. In addition to rides, games and fun, dining at Hershey Park is an experience, with full-service restaurants to food trucks serving all your favorites. 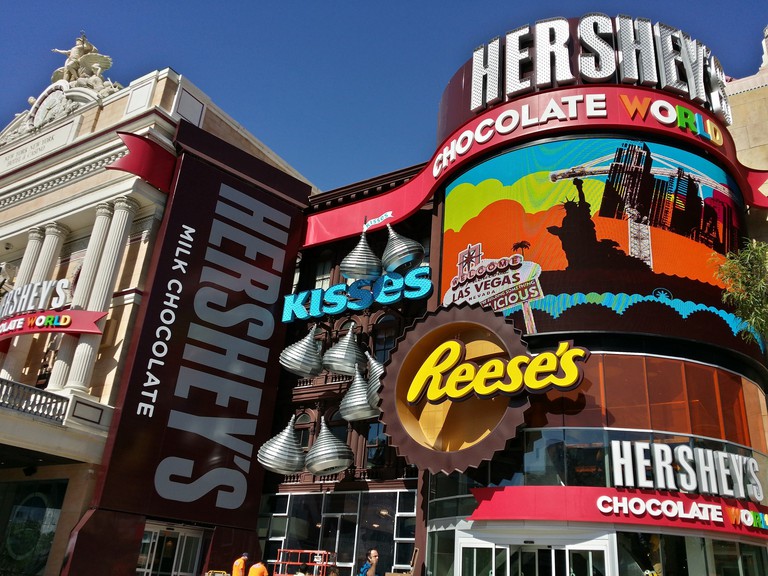 Hershey's Chocolate World | © Juan Manriquez / Flickr
Hershey’s Chocolate World has sweet adventures for everyone, from chocolate lovers to fun seekers and history buffs. Guests can create their own candy bar and enjoy chocolate tasting. The Hershey Trolley Works can also take visitors on an historic journey through a town built on chocolate. Each attraction includes its own admission fee, ranging from free to $20. 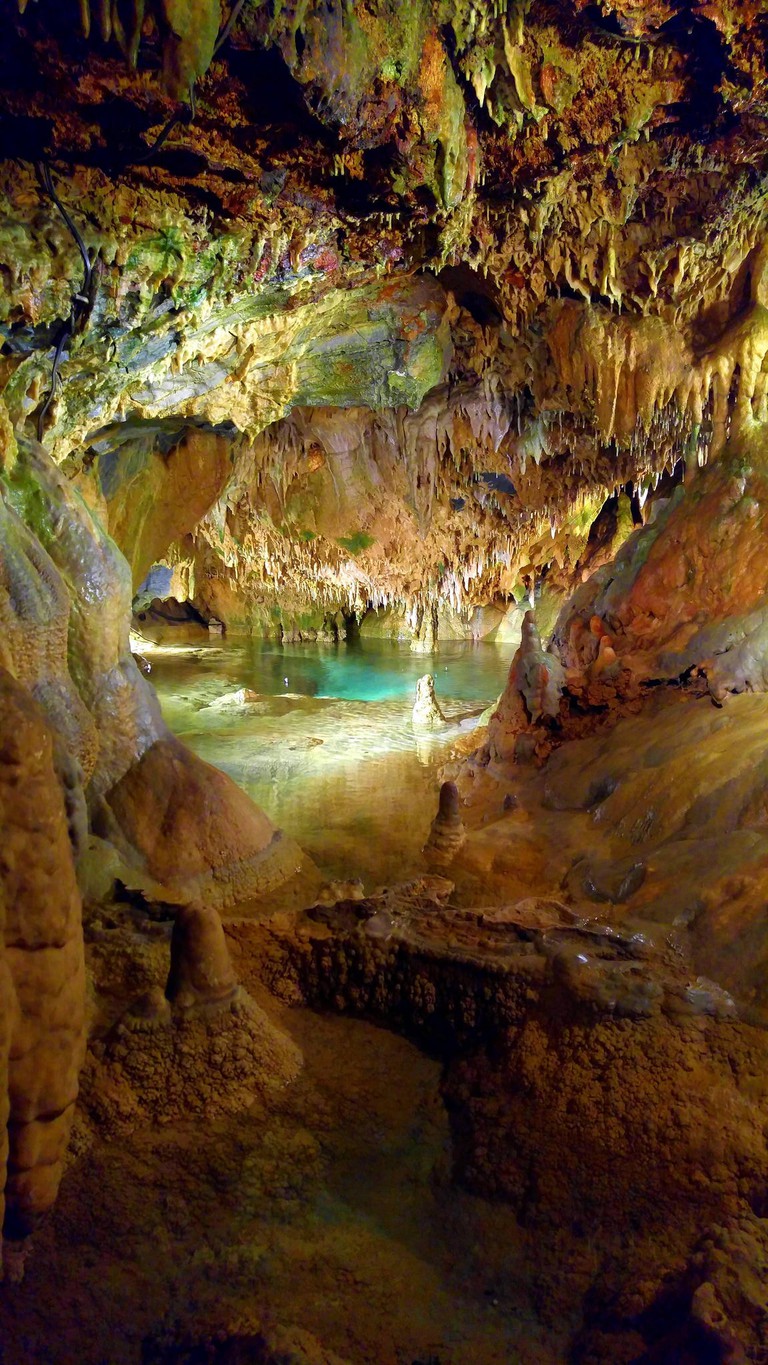 Crystal Lake at Indian Echo Caves | © Cody Clark / Flickr
Just 12 minutes from the airport is a geological wonder and one of the most visited attractions in the eastern United States. Join a tour of these caverns and learn about the geology and history of the stunning formations. There is also a petting zoo, where visitors can say hello to some furred and feathered friends in the Discovery Barnyard. Kids can even feed animals right from their hands, with treats from the treat machine. Join a search for gemstones at Gem Mill Junction, or a fossil hunt for the kids.
Give us feedback