The Romantic Story Behind Kaufmann’s Clock in Pittsburgh, PA 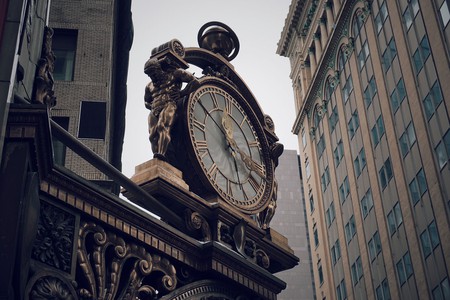 For more than 130 years, the Kaufmann’s clock in downtown Pittsburgh has served as a popular meeting place for city dwellers. “Meet me under the Kaufmann’s clock” was the time-honored saying, as visitors and locals alike gathered at the corner of Fifth Avenue and Smithfield Street. The department store no longer exists, but the clock remains—and the redevelopment of the historic property is in full swing. Here’s the sentimental story behind this iconic Pittsburgh landmark.

Kaufmann’s is a name that longtime Pittsburghers remember fondly. The department store chain (which at one point boasted 59 stores in five eastern U.S. states) was founded in 1871 as a men’s store on the South Side, before moving its headquarters downtown to the flagship “Big Store” in 1877. An outdoor clock was installed approximately 10 years later, and it has captured the heart of the city ever since. 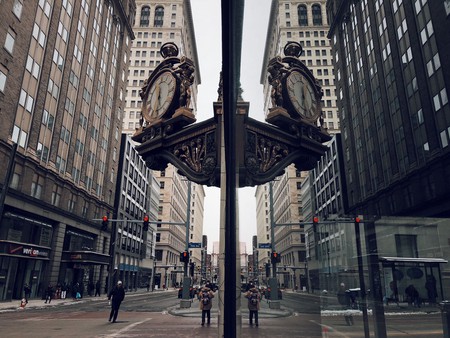 That original clock was a free-standing device with four dials on a tall pedestal just outside the 1.2-million-square-foot building. When the store expanded in 1913, the clock was removed for a time, which resulted in a public outcry for its prompt return. Owner Henry Kaufmann knew the value of the timepiece to his store’s reputation—and success—so he OK’d the installation of the 2,000-pound, Victorian-style brass clock that’s still there today, albeit with some repair work and sprucing up over time. 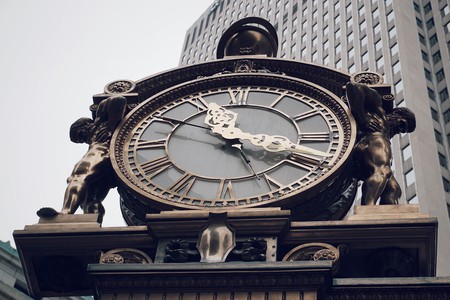 The stories of meetings under the clock over the years are aplenty.

Some people had a rule: if you got lost downtown, you went to the clock. After all, there weren’t cell phones to keep track of everyone back in the day. Plus, it was in the heart of the city, equidistant to just about everything else in the Golden Triangle. Friends met there. Sweethearts, classmates, and co-workers did too—many continuing to an eatery inside the building that paid tribute to the clock, the aptly named Tic Toc Restaurant, which opened in 1955, as well as the popular Arcade Bakery. 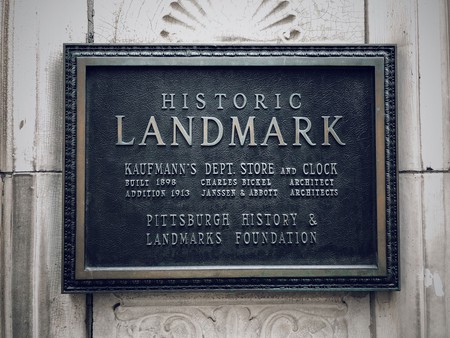 During the holidays, it was a place for families. Youngsters would peer through the windows at magical Christmas displays filled with lights, decorations, and toys. Think Higbee’s in A Christmas Story.

No matter the reason, the Kaufmann’s clock has served as a romantic part of Pittsburgh’s history since it first appeared. Everyone that remembers the department store’s heyday also has heartfelt memories of what once was.

Kaufmann’s went out of business in 2006, becoming a Macy’s retail establishment for a period of time, but the building and clock have been, and likely always will be, a popular part of downtown Pittsburgh.

Today, both the 13-story Kaufmann’s flagship building—officially known as Kaufmann’s Grand on Fifth—and the clock are designated as Pittsburgh Historic Landmarks.

The building is part of a historic redevelopment project, which will repurpose it into a multi-use facility featuring stylish, contemporary apartments and retail space. The clock? Not surprisingly, it’s still being used as a regular reference point in downtown Pittsburgh, and it will remain on the corner of Smithfield and Fifth Avenue as an important part of the property and city.

“Meet me under the Kaufmann’s clock.” It was a valued sentiment over 100 years ago, and it still means something special today.