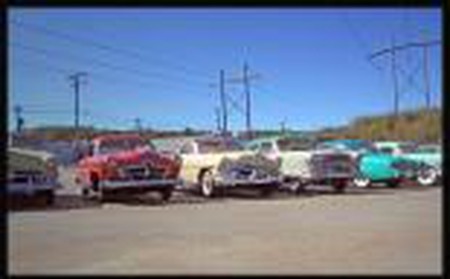 For over 25 years, Michael Paul Smith has been creating detailed scale models. Elgin Park is a virtual community containing a collection of 1/24 scale recreations of everyday scenes from mid-20th century America. An accomplished artist, Smith describes his photos as stories, each a self-contained miniature play inviting the viewer into his memories and imagination. 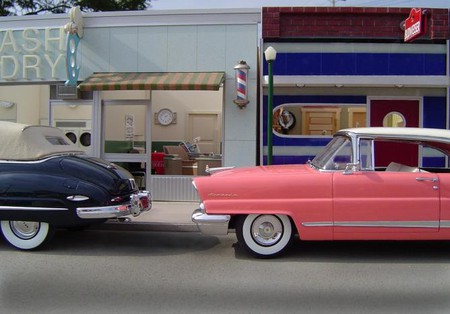 Model making has taken a serious economic hit over the years. What used to be a thriving business has now folded due to increased technology. With computer generated graphics and automated 3D model making machines, old methods are no longer time or cost effective methods, especially with raised production levels overseas. Whilst many people still build models and take photos of them for their hobbies, very few put so much time, effort and craftsmanship into their projects as Michael Paul Smith and the resulting photos by are astounding. Elgin Park is discovered by online viewers usually via the image and video hosting website, Flickr. A usual tagline accompanied with the link to Smith’s account is usually along the lines of ‘Cars of the past … real or models?’ 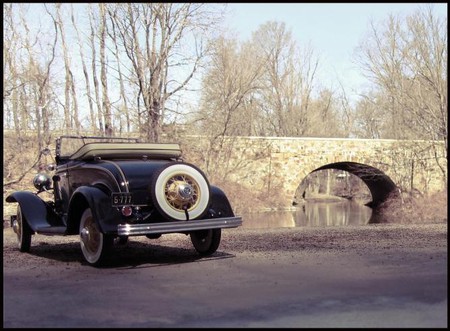 The photos that recreate this imaginary town of Elgin Park are credible not only because the backgrounds, subject and lighting are expertly integrated, but also because of the extensive and thoroughly researched details in each scene. Each nuance of 20th century America has been examined, right down to the period-correct signs and natural weathering of storefronts. The realistic quality is a testament not only to the accuracy of the model cars featured in Smith’s collection but also his own personal astute attention to detail, that has captivated his thousands of online visitors. 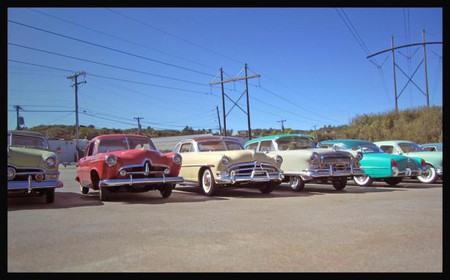 Insisting himself that he is not technically minded, the methods which Smith uses to create his works are fairly basic in consideration to their polished results. He uses baking soda in order to recreate weather conditions, and all the lighting is done with 40 or 60-watt bulbs – or remarkably, orange Christmas tree lights. Smith does not have his own workshop; his kitchen table doubles as his workbench and contains his limited toolkit, consisting of an X-acto knife, a sanding block, a ruler and other assorted hand held tools. He uses Photoshop only as a means to remove a sign or person that may have gotten into the frame of the picture, or to add a final tint at the end for a retro feel. Elgin Park contains only American cars from the 1940s-60s and the omission of identities is deliberate. The reason for this, Smith says, is so that viewers can ‘put themselves into the scenes… I’m creating a mood, something familiar in the viewer’s mind.’ As the photos and production became more prolific, he named the scene that he had created, both in his mind and on the virtual and public sphere. ‘One day, it just hit me… this is ‘Elgin Park’… I didn’t know where that came from.’ 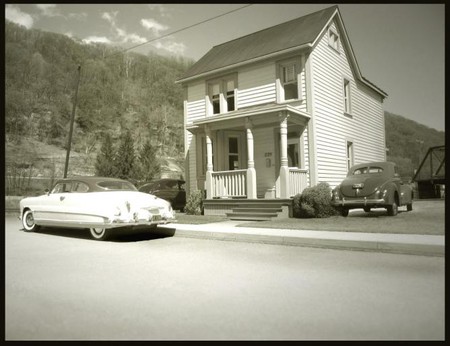 It could be said that Smith’s motivation for recreating the past is rooted in his own nostalgia. He spent the first 17 years of his life located in a town called Sewickley; a real steel-mill town a few miles north of Pittsburgh, Pennsylvania. Sewickley is a small place, at only one square mile and borders the waters of the Ohio River. For Smith, it conjures up a feeling of stability of ‘OK-ness’, a sensation that the artist tries to recreate in his models and photographs. Whilst he maintains that Elgin Park is not an exact recreation of Sewickley, he does insist that it captures the ‘mood of my memories’. Smith suggests that what’s past is always prologue, and that by recreating the past, it becomes a direct route to comprehending it and ‘explaining it to ourselves’. Some of the artist’s visitors have even extended their travels from the virtual community of Elgin Park to the real town of Sewickley in order to understand this sense of history. 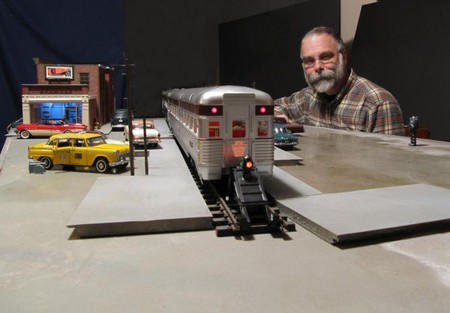 Whilst his exposure is mostly online, Smith has done a select number of exhibitions in galleries. For an exhibit in Dioramas at the Museum of Arts and Design in New York City, he was asked to create a new piece for the show. Deciding to construct the house that he grew up in, he drove the six hundred miles to Pittsburgh in order to photograph the scenes in their authentic surroundings. Using photos from family photo albums, he gained a collection of reference points in order to begin creating his childhood home. Smith remarks of the experience that ‘building your childhood home is the best form of therapy one could hope for. The memories, both good and bad just start to flow without any safety valves.’ The project took a total of four months to complete, and he felt that it was an exhausting process both physically and mentally that helped assist with several ‘buried psychological issues by the time it was completed.’ Whilst Elgin Park has never physically existed, it has become a visual treasure chest of emotions and memories – a distillation of what has already passed. 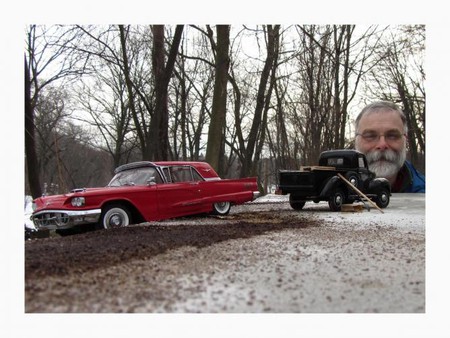 Born in Pennsylvania in 1950, Smith’s model making skills have been accumulated through his varied job and life experiences. His careers have been as diverse, including a position as a textbook illustrator, wallpaper hanger, designer of museum displays and an art director for retail stores. Smith has been making models since he was a child, taking cigar boxes and creating interiors with many other found objects. The artist states that ‘miniatures, dollhouses, dioramas, train layouts and the like had a mesmerising effect on me’. At first he had a preference for the automobiles and architecture of mid 20th century, with his vast accumulation of die cast vehicles from the period. However he soon came to realise that his photographs could utilise all of the knowledge he had acquired by collecting and studying the 20th century. The scenes could be authentic right down to the last detail. 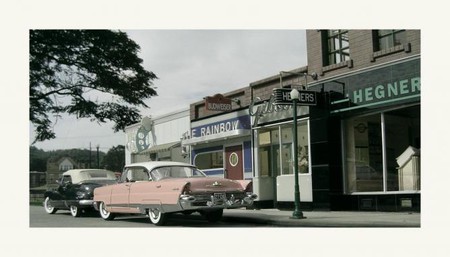 © From The Vault – Vista Vision Lincoln by Michael Paul Smith/Flickr

For a number of years Michael Paul Smith kept his hobby to himself, hesitating to expose his works, convincing himself it was a peculiar pastime and that nobody would be interested. Rationalising and assuring himself that he had nothing to lose, he posted the photos online. For approximately a year, the number of viewings never amounted to anything less than a few thousand. Soon enough, he received an email from a British Sports Car magazine, asking if they could run a small feature with a few photographs of the works. From the day the article was published in February 2010, the viewing counter on Flickr began to escalate. After the first million hits, Smith thought there must be a fault with his Photostream. Within a month, it had reached 10 million views with comments and emails being sent from all over the world. The website views continue, as people from all walks of life and cultures are touched by this remarkable appetite for recreating the past in order to make sense of the present.