11 Actors & Actresses From Philadelphia You Should Know 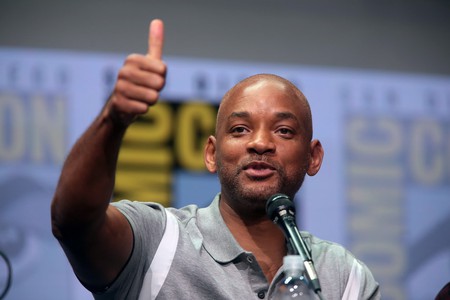 There are plenty of famous Philadelphians in just about every industry, but next time you sit down to watch a movie or TV show, spend some time spotting people from Philly on screen. Here are 11 actors and actresses who were originally born in Philadelphia.

The Barrymore acting dynasty began with Lionel Barrymore, who was born and raised in Philadelphia, as were his siblings Ethel and John Barrymore. A stage and screen actor who won an Academy Award for his role in A Free Soul, he’s also the great uncle of Drew Barrymore, and every year, Philadelphia honors the best in its local theatre community with the Barrymore Awards. 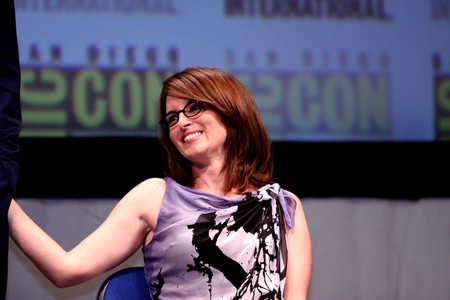 Before moving to New York City to pursue stand-up comedy, famous funny man Kevin Hart was born and raised in Philadelphia, and attended local institutions like George Washington High School and the Community College of Philadelphia. His first ever stand-up gig took place at Philadelphia’s Laff House, which has since closed.

You likely know him from Footloose, Six Degrees of Kevin Bacon, or know his wife, actress Kyra Sedgwick — but even though he’s a huge Hollywood star now, he was born and raised in Philadelphia and attended a few local acting programs before his first big break.

Bradley Cooper, who grew up in nearby Jenkintown, has returned to Philadelphia to shoot two movies since he made it big — Limitless in 2011 and Silver Linings Playbook in 2012, the latter of which earned him an Academy Award nomination. He can also be spotted frequently at Eagles games, and sat with Eagles owner Jeff Lurie during the 2018 Super Bowl. 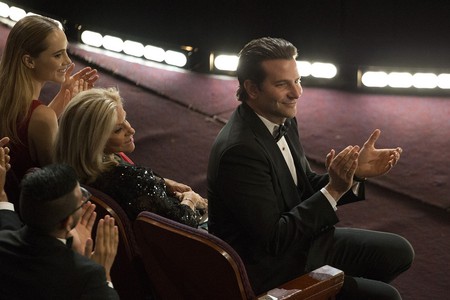 Richard Gere, whose long career has spanned films like Pretty Woman, American Gigolo, An Officer and a Gentleman, and Chicago, the last of which won him a Golden Globe and a Screen Actor’s Guild award, was born in Philadelphia, and returned here in 2013 to film The Benefactor with Dakota Fanning.

Abbi Jacobson, the co-creator and co-star of Comedy Central’s Broad City (along with Ilana Glazer), was born and raised in Wayne, Pennsylvania, a close suburb of Philadelphia — a fact that she shares with Abbi, her Broad City character, and one that they’ve worked into the show several times. 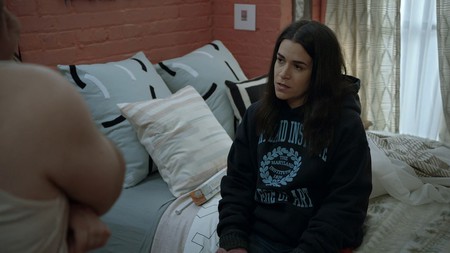 Though David Boreanaz, most famous for Buffy the Vampire Slayer, Angel, and Bones, was born in Buffalo, he moved to Philadelphia at age 7, with his biggest claim to fame at the time being that his father, Dave Roberts, was the weatherman for Philadelphia’s local ABC affiliate.

Rob McElhenney loves his city so much that he created a whole show about it; specifically, It’s Always Sunny in Philadelphia, which has been renewed for a record-breaking number of seasons and is one of the highest rated shows on cable. A graduate of St. Joe’s Preparatory School, he co-owns an Old City bar, Mac’s Tavern, with his on-screen co-star and off-screen wife, Kaitlin Olson, and the show films locally once per season. 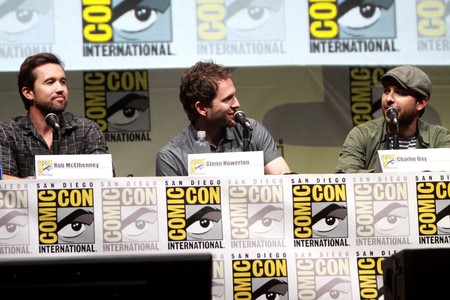 The cast of It's Always Sunny in Philadelphia | © Gage Skidmore / Flickr

Kat Dennings, who has appeared in films like Nick and Norah’s Infinite Playlist and starred on 2 Broke Girls from 2011 to 2017, was born in Bryn Mawr, a close suburb of Philadelphia. Though she was homeschooled, she attended Friends Central School just outside of the city part-time, before moving to Los Angeles to pursue acting.