Films You Didn't Know Were Filmed in Asheville, NC 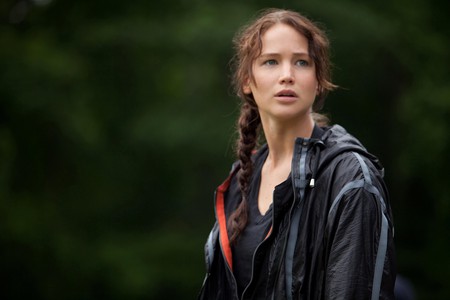 Asheville and North Carolina, in general, have caught Hollywood’s eye a time or two as location scouts are drawn to the millions of acres of wildlife, striking mountain ranges and inspiring waterfalls. While Jennifer Lawrence’s Katniss may be the biggest global phenomenon that grew from Asheville’s film credits, several Hollywood megastars have spent quality time in Western North Carolina. Here are 10 films you didn’t know were filmed in Asheville.

Without a doubt, the biggest movie ever filmed in this part of the country is The Hunger Games. This $700 million blockbuster franchise utilized only the state of North Carolina, with Charlotte providing the setting for some of the Capitol of Panem scenes. Asheville’s surrounding mountains and forests made their way into the film as well.

Last of the Mohicans

Another outdoor heavy film, The Last of the Mohicans was shot in several Asheville area locations, including the Biltmore Estate, Chimney Rock and Lake James. Western North Carolina’s notoriety as a waterfall haven also drew the cast and crew to this locale.

The Biltmore Estate has made its way into several movies and features a prominent role in the Macaulay Culkin-led film released in 1994. The choice to use America’s largest private home fit the screenplay well as Culkin’s character is supposed to be the richest kid in the world.

This iconic Patrick Swayze movie was filmed in nearby Lake Lure, and the film is honored annual during the lake towns Dirty Dancing Festival held each year in August. And yes, a lake lift competition does take place and watermelons will be raced with.

This Oscar-nominated film utilized billboards located between Asheville and Black Mountain, but mostly shot on location in Sylva, home to Western Carolina University. The film has already earned actress Frances McDormand and her co-star Sam Rockwell Golden Globes, and it earned two others for Best Drama and Best Screenplay.

A Walk in the Woods

Robert Redford stars in this book-turned-movie about two long-estranged friends trying to tackle the daunting Appalachian Trail (AT) in their old age. This film combined with the release of Wild starring Reese Witherspoon hiking the AT’s sister trail, the West Coast’s Pacific Crest Trail (PCT) about the same time, helped increase the number of hikers substantially in 2016 and beyond.

Perhaps Robert Redford got the itch to return to the Asheville area for A Walk in the Woods since he’d filmed The Clearing here about a decade earlier. The films also share another similarity in that they are based on real-life events.

Like The Clearing, this movie is another thriller based on criminal activity, but The Fugitive stars another famous leading man that has been in the business for decades: Harrison Ford. Visitors who jump on the Great Smoky Mountain Railroad in Bryson City can view the wreckage from the film’s big train crash as it has not been removed since the film wrapped in 1993.

Remember that cross-country run Forrest went on? Many of those scenes were filmed in the Asheville area, including a road that winds through the 8,000-acre Biltmore Estate. But another location, nearby Grandfather Mountain, has acquired the nickname “Forrest Gump Curve” due to its starring role in the film.

Even though this baseball movie is actually about Durham, North Carolina, the scouts chose Asheville’s minor league stadium as the actual filming location. This Kevin Costner hit made good use of McCormick Field, one of the oldest stadiums in America, and a picturesque one at that, nestled right downtown among a swath of trees.