7 Afro-Latino Musicians Inspiring the World in 2018 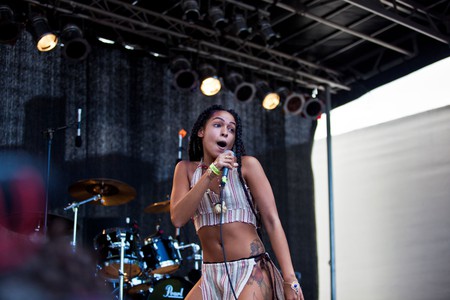 Afro-Latinos are often marginalized and you might be surprised to hear about the origins of some of these artists. As awareness of the identity increases, here are some of the top Afro-Latino musicians you should listen out for.

Twin sisters Lisa-Kaindé Diaz and Naomi Diaz form this musical duo that produces piano, percussion and hip hop beats. The 22-year-olds sing in English, Spanish, French and Yoruba, mixing influences from their childhood in France with the Cuban and Venezuelan roots of their parents.

One of the pioneers of contemporary Cuban music, DJ Jigue has taken his sound on tour around the world. Blending traditional elements with hip hop and electronica, there is a strong political side to his work.

Afro-Dominicana Amara La Negra has become an outspoken voice on Afro-Latina identity. Embracing her African roots hasn’t always been easy, but she is proud of her identity and rightly so.

One of the biggest stars of reggaetón at the moment is Afro-Latino artist Ozuna, who hails from Puerto Rico. He often refers to himself as the “black guy with light eyes” on his tracks, embracing his identity and building awareness of Afro-Latinos.

Afro-Puerto Rican artist Princess Nokia hails from New York, and has shot to fame thanks to her music celebrating female empowerment. Check out the album 1992 to see what she’s about, or check out the video of her throwing soup at a racist on the New York subway.

This Latin Grammy-winning hip hop group were formed in the Colombian city of Cali, but in fact come from the Chocó department on the Pacific coast of the country. The group has received widespread acclaim for its fusion of Afro-Colombian sounds with hip hop, and increasing the visibility of a marginalized group in the South American nation.

Afro-Dominican Maluca Mala also hails from New York and uses her music to push for women of colour’s rights. The rapper is a committed activist and says that her current aim is to make sure that President Donald Trump is impeached.