The Top 10 Cheap Eats In Boston

It is a common misconception that eating cheap needs to mean eating poorly, especially in a food-focused city such as Boston. What follows is a list of the 10 best restaurants for dining on a budget, complete with enticing flavors and interesting culinary creativity. 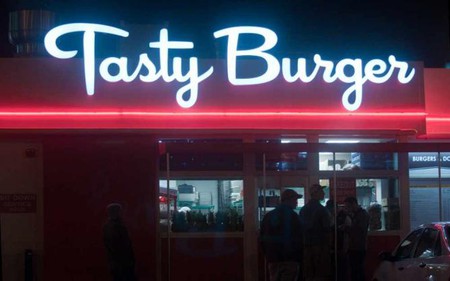 Tasty Burger is a local chain of retro hamburger joints that offer some of the most delicious inexpensive hamburgers in Boston. Look to spend under $6 for a 1/3 pound all-natural beef patty, or a turkey or veggie patty for dieters. Their all-beef hot dogs are also great, especially after a game at the nearby Fenway Park. As a popular late night destination, Tasty Burger has made a name for itself in town due to its fast service, great food and – above all – low prices!

For some of the best pizza by the slice, head to the north end, and to Galleria Umberto. Known for their “Sicilian squares”, this eatery maintains a quiet profile in the neighborhood, although their reputation is very high among people in-the-know. Try the arancini, fried rice balls, panzarotti, or patoto and chive filled pastries – they are all delicious! 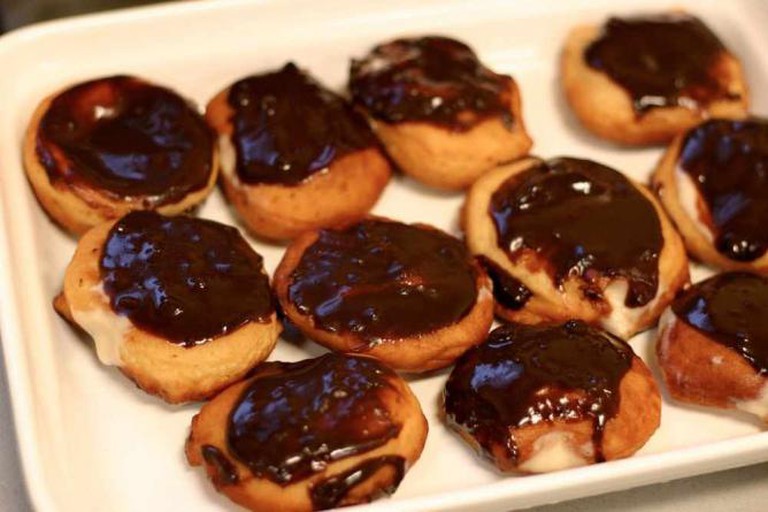 Doughnuts | © Cameron/Flickr
In the heart of Boston, and close to both the Fenway and Back Bay neighborhoods, stands Ichiban, a sushi house committed to quality Japanese and Korean fusion. This restaurant specializes in yakitori, or small skewers, which come very tasty and very inexpensive. Ichiban also has a great happy hour, and is a popular spot for college kids and symphony goers alike.

Dessert Shop, Pastry Shop, American, Vegetarian, Dessert, Pastries
Facebook
Email
Twitter
Pinterest
Copy link
Share
Demet’s Donuts has some of the best handmade donuts in town, and at some of the friendliest prices as well. If in the Medford area, be sure to check this place out for breakfast. Their maple bar, Boston cream, and savory breakfast sandwiches are better than most, while the iced coffees are particularly good for sipping on a hot Boston day!

Bar, Restaurant, American, Cocktails, $$$
Facebook
Email
Twitter
Pinterest
Copy link
Share
Named after the Depression-era mayor of the city, James Michael Curley, JM Curley offers some of the best burgers and boozy milkshakes in what locals would deem one of the most characteristically Boston establishments in town. The snacks here are also very well done, like their “Curley’s Cracka Jack”, with caramel candied popcorn, bacon bits and peanuts, and their popular fried pickles. JM Curley’s late night hours draw crowds, so be sure to get here early to avoid a bit of beer-fueled chaos!

This cash-only ramen shop is one of the best places for a cheap meal in the city. Sapporo Ramen draws crowds eager to try its delicious Japanese noodle soup, which comes in at less than $10 for every steaming bowl. Their hot buns also garner a lot of attention, especially their roast pork buns. Be sure to visit Sapporo Ramen for lunch or for an afternoon snack, as they close early on weekdays.

Restaurant, Cuban, American, Caribbean, Spanish, $$$
Facebook
Email
Twitter
Pinterest
Copy link
Share
Since 1994, El Oriental de Cuba has brought the flavors of Cuba to the neighborhood of Jamaica Plain. With one of the most impressive menus in the city, this restaurant delivers on its authenticity. The seemingly ubiquitous cubano sandwich is the real thing here, while the fresh fruit shakes and fried yucca, or cassava, are also worth trying as well. El Oriental de Cuba is definitely worth visiting, and is only a short train ride away from Boston’s downtown. 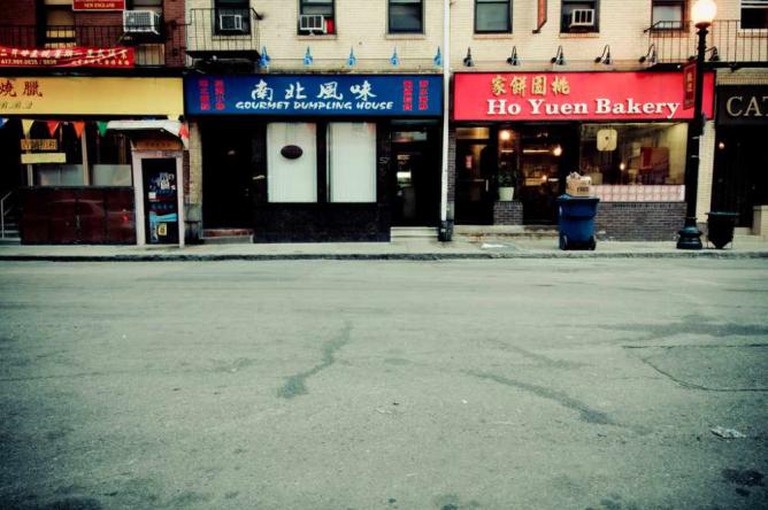 Ho Yuen Bakery | © lee/Flickr
Bánh Mì Ba Le is a family-owned Dorchester eatery that delivers on some of the most affordable bites in the Boston area. They are known for their Bánh Mì sandwiches, made with the freshest artisanal French baguettes, fresh veggies and a selection of meats to anchor the filling. Their take-out options are delicious as well, and quite cheap, while their Bánh Cuon, a rice flour crepe with pork and scallions topped with fried shallots, is also worth trying.

Bakery, Chinese, American, Fast Food, Vegetarian, Pastries, Dessert
Facebook
Email
Twitter
Pinterest
Copy link
Share
Ho Yuen Bakery is perhaps the most authentic Chinese bakery in all of Boston, and has some of the most delicious treats going. Located in Chinatown, the big red sign above the store glass isn’t hard to miss. With most of the bakery and sandwich items around $1, this bakery offers perhaps the best value in the city. Its taro and moon cakes, coconut cream buns, and pork buns are among the most popular dishes, and are all darn delicious too.

Restaurant, Italian, Fast Food, Vegetarian, Vegan
Facebook
Email
Twitter
Pinterest
Copy link
Share
Bottega di Capri resides in an unassuming small brick structure in Boston’s Brookline neighborhood. This restaurant proves false the notion that Italian food in town needs to be expensive to be good, as their pastas, sandwiches, and focaccias are all under $10. With a delicious variety of pasta sauces, and daily specials to peak the interest of all passersby, Bottega di Capri is a must stop for a succulent taste of Italy in Boston.
Give us feedback