The Best Romantic Hotels in Boston 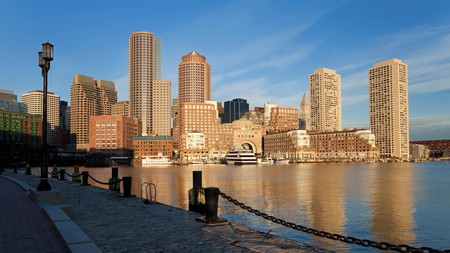 There’s a lot to love about Boston, from picnics on Boston Commons and tulips in Copley Square, to splurges including yacht cruises and sunset helicopter tours. Even the New England winter has romantic possibilities. Stroll among the holiday-lit trees as snowflakes fall under the gas lamps. Whether you’re planning a wedding, anniversary, or spur-of-the-moment getaway, these romantic hotels will cater to your every desire. 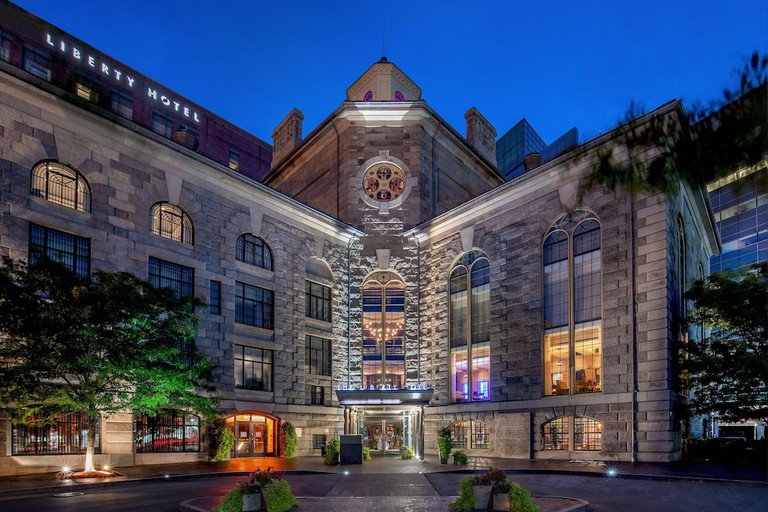 Courtesy of Liberty Hotel / Expedia
View Rooms
Price Drop
Now from $299 per night
More Bonnie and Clyde than Romeo and Juliet, this former 19th-century jail nevertheless has passion dripping from every inch of its whole gothic-industrial being. Lounge romantically on red velvet sofas in the five-story exposed brick rotunda, lit by Medieval-esque iron chandeliers. Or vanish to canoodle in your room: sumptuous and contemporary, they come with brass-riveted, upholstered headboards, red-leather chairs and plush rugs in a cheeky key-and-clock-face print.
More info 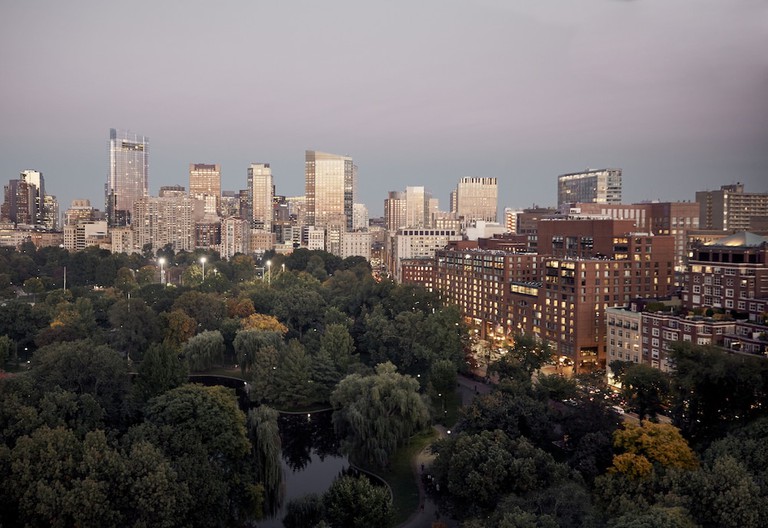 Courtesy of Four Seasons Hotel Boston / Expedia
View Rooms
Price Drop
Now from $666 per night
Luxury and location make for an unforgettable stay at the Four Seasons. Ride the swan boats at Boston Public Gardens, directly across the street from the hotel, or take in a Broadway show two blocks down at the Colonial Theatre. Die-hard romantics note: the hotel is also handy for the brownstone-lined thoroughfares of Newbury Street and Commonwealth Avenue, modelled after the Champs-Élysées in Paris. Afterwards, enjoy a couples massage or candlelit dinner without leaving the privacy of your room, or watch the sunset from the seventh-story jacuzzi.
More info 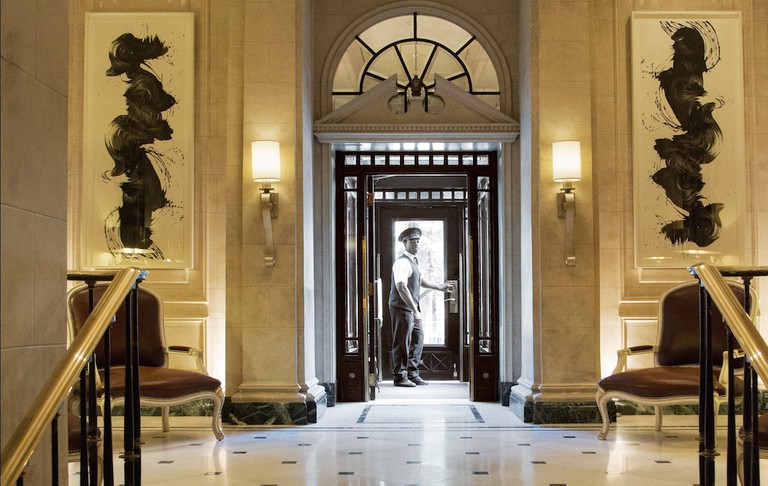 Courtesy of the Eliot Hotel / Expedia
View Rooms
Price Drop
Now from $315 per night
Behind its neo-Georgian facade, this intimate boutique hotel embraces privacy and opulence in the heart of Back Bay. The black-and-white marble lobby ushers you into a world of romance – plush, pillow-heaped beds with French étoile canopies and mirrors above the headboards. If you can tear yourselves away from your room, the fashionable restaurants of Back Bay and the South End are mere moments away on foot. That said, you could dine in – the Elliot’s very own Uni restaurant is an epicurean favourite, sizzling with street-food-inspired Asian-fusion treats.
More info 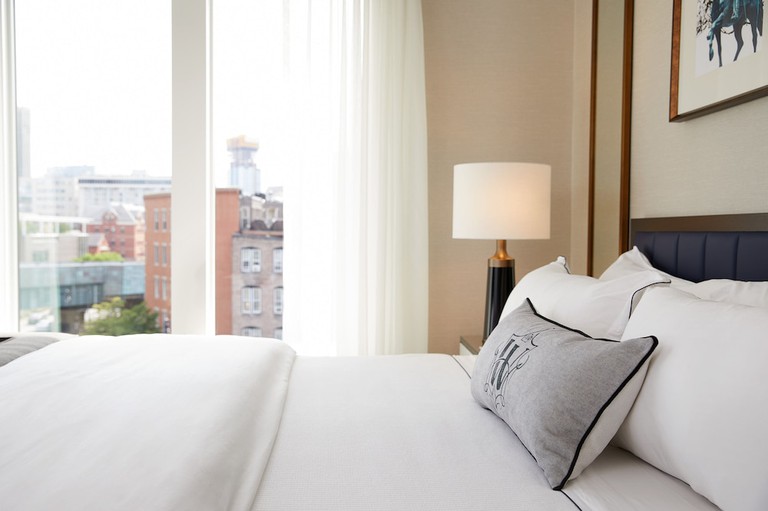 Courtesy of The Whitney Hotel / Expedia
View Rooms
Price Drop
Now from $343 per night
It’s hard to find a more romantic retreat, in a more romantic neighbourhood, than the Whitney in Beacon Hill. Wander the cobblestone streets hand-in-hand or curl up by the fireplace in your luxury suite. The “romance package” includes champagne, artisanal chocolates, and breakfast in bed from the Peregrine restaurant. For a very special occasion, the “unforgettable proposal” engagement deal lays on a picnic on Boston Common, yacht trip or heli-flight above the city.
More info 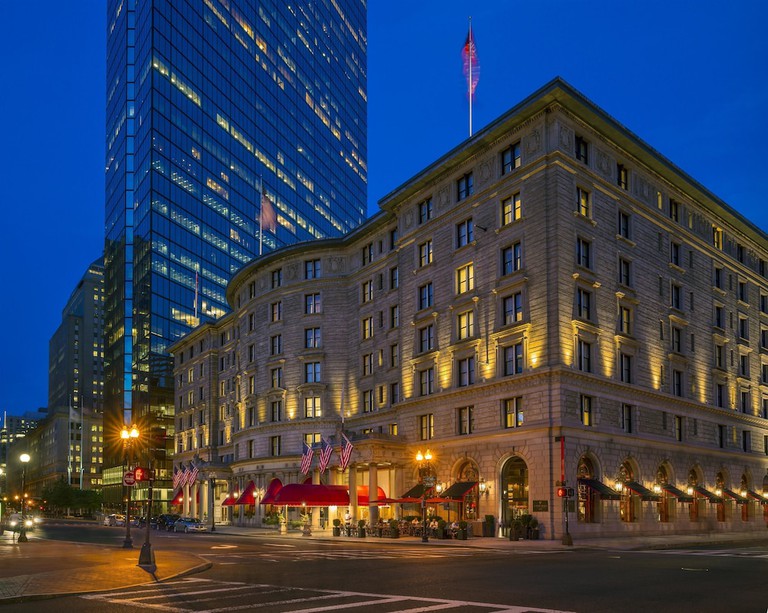 Courtesy of Fairmont Copley Plaza / Expedia
View Rooms
Price Drop
Now from $262 per night
Treat your special someone like royalty at the Fairmont Copley Plaza, which dates from 1912. Star guests have included Frank Sinatra and John Lennon, as well as Richard Burton and Elizabeth Taylor (who spent their second honeymoon here). The Gilded Age lives on in the palatial lobby, with Louis XVI-inspired sofas, Italian marble pillars and crystal chandeliers cascading from the gold coffered ceiling. Take a fireside table at the Oak Long Bar + Kitchen: a sort-of speakeasy-meets-French bistro.
More info 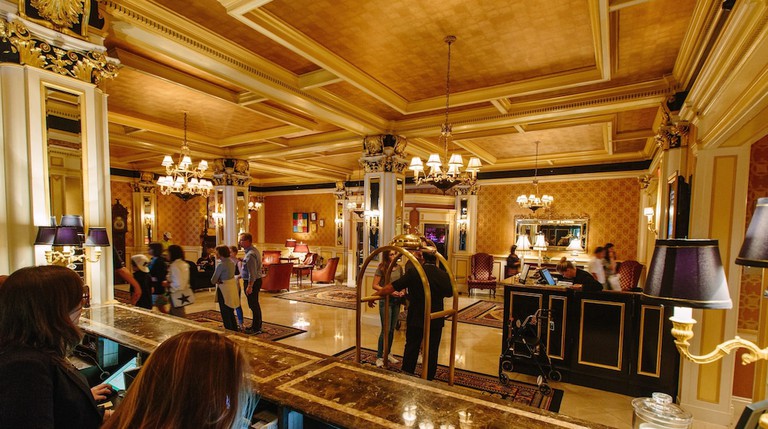 Courtesy of The Lenox Hotel Boston / Expedia
View Rooms
Price Drop
Now from $224 per night
Make your own history at this turn-of-the-century boutique hotel in Back Bay. Judy Garland once stayed here, in a suite that now bears her name, as well as contemporary movie stars including John Travolta and Anne Hathaway. The Lennox sets the mood with tufted leather headboards, high-ceilings and crystal chandeliers. Some rooms even have wood-burning fireplaces. With its glitzy beaux arts ballrooms it’s obviously an in-demand wedding venue.
More info 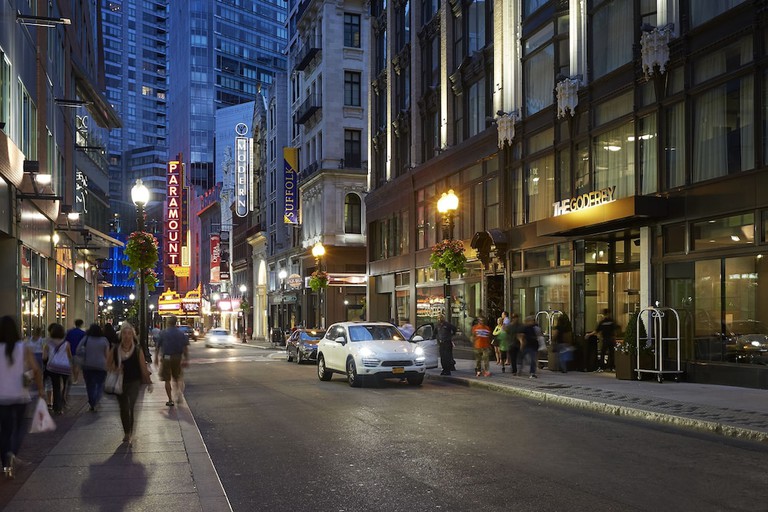 Courtesy of The Godfrey Hotel / Expedia
View Rooms
Price Drop
Now from $118 per night
This eclectic boutique hotel opened in 2016, but there’s plenty of history within these walls. An ambitious renovation project merged the neoclassical and gothic revival styles of two adjacent high-rises. The Godfrey positions you in the happening Downtown Crossing (DTX) district, at the gateway to the Theater District. Take in a show at the glitzy, rebooted Paramount Theater, prior to a late-night romantic bite at the Ruka, the hotel’s Peruvian-Japanese “restobar.”
More info 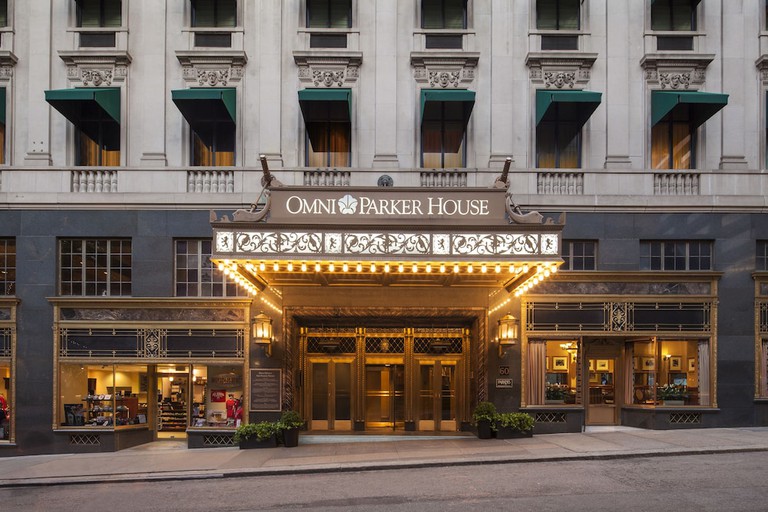 Courtesy of Boston Omni Parker House Hotel / Expedia
View Rooms
Price Drop
Now from $165 per night
This lovers’ haunt has operated continuously since 1855, longer than any other hotel in the nation. Period romance is everywhere, from the mahogany-panelled dining room where JFK proposed to Jackie Bouvier, to the rooftop ballroom with its arched ceilings and crystal chandeliers. It’s the home of the original Boston cream pie, chef-created in 1856. It’s actually a pound cake full of vanilla cream and slathered in chocolate ganache. Romantic or what?
More info
Give us feedback