Why St Patrick's Day Is Celebrated in Boston 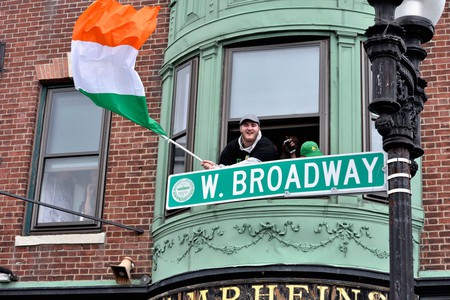 Saint Patrick may be the patron saint of Ireland, but the festivities honouring him have spread across the globe; here’s how, and why, Boston’s Irish-Americans celebrate the day. 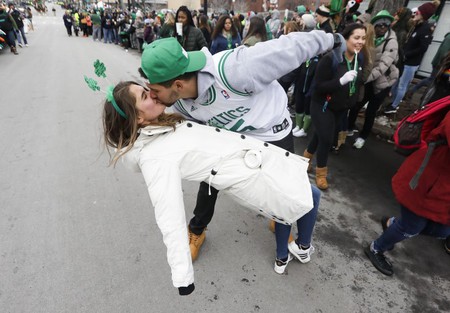 Kiss me, I’m Irish: the Boston parade is a time of celebration and festivities | © Keith Bedford/The Boston Globe via Getty Images

In centuries past, pubs in Ireland would close on March 17th and people would go to church, honouring their patron saint’s traditional death date with religious observation. As the Irish began to immigrate around the world, and particularly to America, St Patrick’s Day gained further meaning; it was a way for the Irish diaspora to celebrate and remember their heritage. Traditions have changed throughout the years, and today most people in both Ireland and America are more likely to be found in parades and pub crawls than pews.

Boston is one American city known for its extensive festivities on St Patrick’s Day, but why is this Massachusetts city so well-known for its holiday celebrations? Here’s how it all began.

The date of the first St Patrick’s Day parade is disputed; some sources suggest it took place in New York City, while other historians believe it took place in Boston as early as 1724. Others believe that it was the Charitable Irish Society in Boston, founded in 1737, which held the first Saint Patrick’s Day parade in the city. The group was mostly made up of Protestant immigrants, and was founded with the twin aims of both honouring their heritage and creating an Irish community in Boston.

Regardless of when it started, it was in 1776 that St Patrick’s Day gained even greater meaning in Boston. On March 17th, British troops in Boston evacuated the city all at once due to a violent storm. Furthermore, they left peacefully, without any need for cannons or casualties. George Washington called the event an “Interposition by Providence”; many people of Irish heritage in the city attributed it to the grace of St Patrick, and his feast day became even more of an occasion.

In 1901, Evacuation Day was declared a holiday in the City of Boston. Because of this, the city began hosting a parade in South Boston, which has grown to become the vibrant celebration it is today. 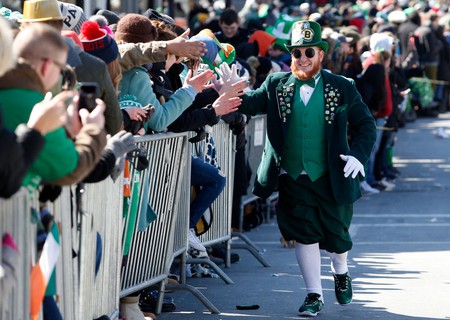 Matt Casey, who goes by Casey the Leprechaun, is a stalwart of the Boston parade | © Jessica Rinaldi/The Boston Globe via Getty Images

The Irish in Boston

Today, people of Irish descent make up the largest ethnic group in Boston. The wave of Irish immigration to the city was caused by many factors, but one of the most notable was the Great Famine in Ireland. Taking place 1845 and 1852, the famine reduced the Irish population by almost a quarter – a million people died, and a million further left their homeland in the hopes of finding a better, easier life across the seas. Many of them came to America, with Boston being a popular destination; by the 1850s, the Irish were the largest ethnic population in the city.

This wave of new immigrants, eager to maintain some connection to the land they left behind, helped make the St Patrick’s Day celebrations bigger and more important than ever.

Today on St Patrick’s Day, the city’s Irish bars overflow with fiddle music and traditional step-dancing – and of course, copious pints of Guinness. However, Boston’s St Patrick’s Day holiday isn’t just for drinking; events such as the Irish Heritage Trail and the Irish Film Festival are perfect for those who want to learn more about the history of the Irish in Boston and Irish culture.

As in 1724, the main attraction is the parade, which acts as a celebration of both Irish-American culture and Evacuation Day. While the City of Boston hosted the event until 1947, the South Boston Allied War Veterans Council took over and still hosts the event today. Floats, marching bands, and revellers make their way through the South Boston streets; families, Bostonians, and visitors from far and wide join them in a sea of green to celebrate St Patrick. 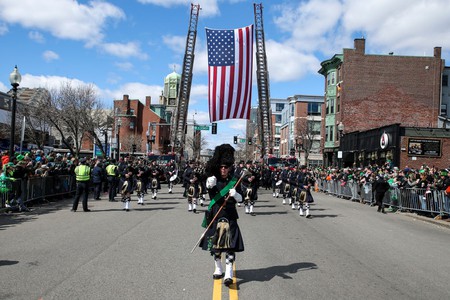 During the parade, Irish heritage is celebrated and honoured | © Nathan Klima for The Boston Globe via Getty Images
Give us feedback