16 Things To Know Before Visiting Boston 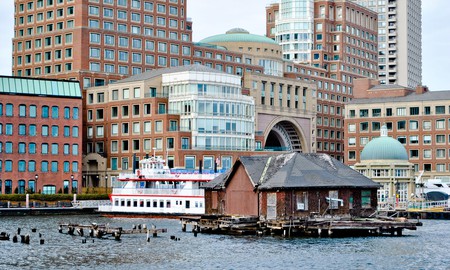 Boston’s compact space next to the ocean and its old infrastructure make it a unique American city that can require special preparation for visitors.

With Boston’s winding maze of roads, navigating this capital is unlike any other in the United States. Plus, its mix of history with modernism and extreme ranges in weather make for uncommon circumstances that are worth preparing for if you know ahead of time. Here are some things to keep in mind as you plan your trip to Massachusetts’s capital.

Boston is old, at least by American standards

In Boston’s historic hotels and Airbnb rentals, American visitors are sometimes surprised to encounter third-floor walk-ups, steep stairways, creaky floors or smaller rooms than they’re accustomed to. If you need accessible lodging or desire modern comforts, make sure to check whether a place has elevator service, central air conditioning and other amenities, as these features aren’t necessarily a given. Also, many downtown sidewalks are lined with bricks or cobblestones, which makes for some beautiful but treacherous terrain (especially in heels). 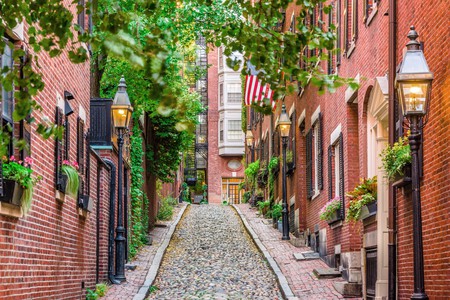 You will be walking – a lot

Pack comfortable, seasonal-appropriate footwear because you’re going to need it. Downtown Boston is compact, at roughly two square miles (5.1 square kilometers), making it a walkable destination. While subway stations near the city center are often just a couple of blocks apart, it’s faster to walk than wait for a train. Also, the Freedom Trail – a red-brick path connecting many of the city’s most famous historic sites – is 2.5 miles (four kilometers) long, and best explored on foot if possible. 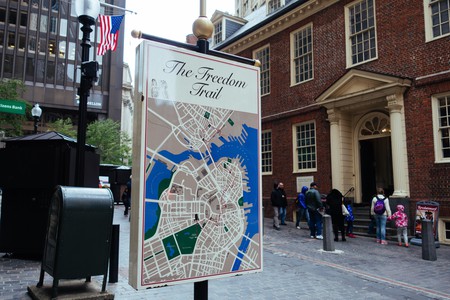 You probably won’t want a car

Unless you’re staying outside the city center or plan on taking a side trip (say, to Cape Cod, Salem, Portsmouth, New Hampshire, or Newport, Rhode Island), a car is more of a burden than a perk in much of Boston. Most hotels charge upwards of $40 a day to park on-site, and street parking often requires a residential-only neighborhood permit. Even locals have a hard time keeping their cool while navigating the maze of narrow, traffic-clogged roads. 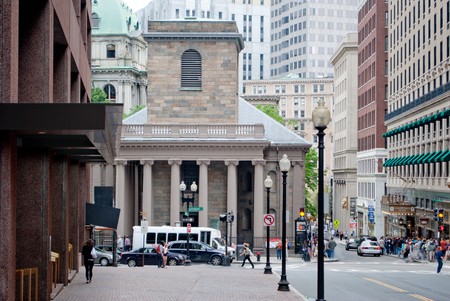 Boston is a walkable city, so leave the car at home | © Anton Gorbov / Alamy Stock Photo

Get a seven-day T pass or a CharlieCard

If you plan on using the subway system (called the ‘T’), you’ll either want to buy a seven-day unlimited pass or pick up a reloadable plastic CharlieCard. The seven-day pass is a good value if you’re staying longer than a couple of days and includes rides on the Charlestown ferry. If you plan on using the subway sparingly and paying as you go, a CharlieCard offers a 50-cent discount on regular subway fares ($2.25 v $2.75) and allows for free bus transfers. You can order a CharlieCard online or pick one up and add money to it at select stores or subway stations downtown. 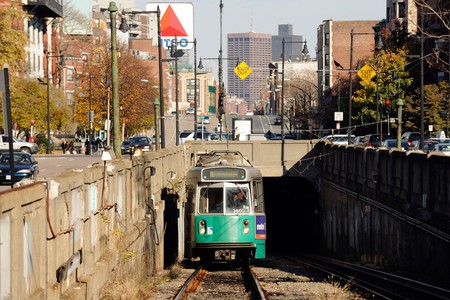 Water transit is an option

In addition to the subway, bus, commuter-rail and ride-share services, you can take ferries and even water taxis to various spots along the Boston Harbor. Charlestown is a quick boat ride from downtown, for instance, and multiple ferries service Hull, Hingham, Quincy, Winthrop and the Boston Harbor Islands. You can even take a 90-minute ferry to Provincetown at the tip of Cape Cod. 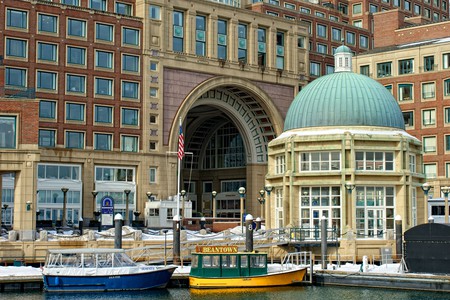 Fall is a great time to visit Boston

Summer is peak tourist season in Boston, but fall might be the best time to visit. By September, the weather starts to get drier and more comfortable, and October is bright with foliage (a perfect backdrop for the Head of the Charles Regatta). Spring can be a hit or miss weather-wise (April 2019 saw 26 days with rain), but the blossoms are intense. Plus, the city comes alive regardless for St Patrick’s Day and the Boston Marathon. 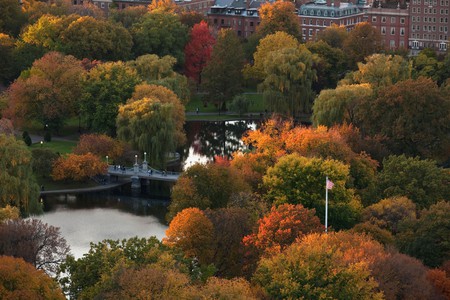 Boston is a university town

Fall also brings a citywide back-to-school migration. There are more than two dozen colleges in the city of Boston alone, not even including world-renowned Harvard University and the Massachusetts Institute of Technology (MIT) across the river in Cambridge. With more than 138,000 college students in the Boston area, expect to run into younger crowds in some areas – such as Allston/Brighton, the Fenway neighborhood and Kenmore Square. Due to its student population, Boston also has a vibrant nightlife, cheap dining options and thinner crowds during student holidays. 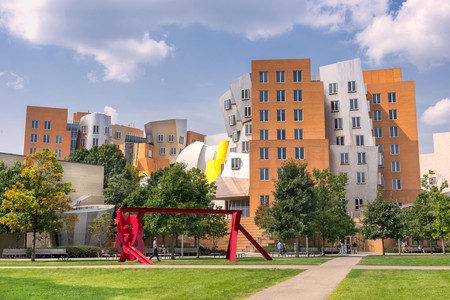 Unlike New York and most other American cities, Boston banned after-work drink specials long ago. Any time-of-day deals are restricted to food, so you can instead expect to find $1 oysters, two-for-one tacos and other cheap bites from 4pm to 6pm. 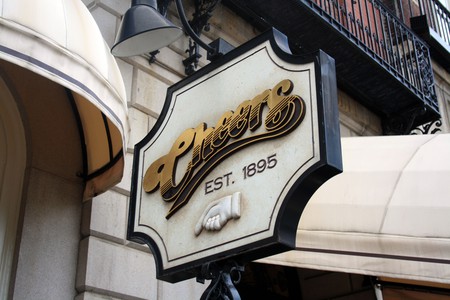 You should try some seafood

Speaking of oysters, Boston is a seafood city, and you should try some. Whether it’s steamed lobster, fried clams, fish and chips, seared scallops, stuffed quahogs, grilled swordfish, blackened salmon, baked haddock or any other fruit of the ocean, in Boston, you can generally rest assured that it’ll be freshly caught and well prepared. If you see “scrod” on a menu, that’s the catch of the day, usually a whitefish like cod or haddock. 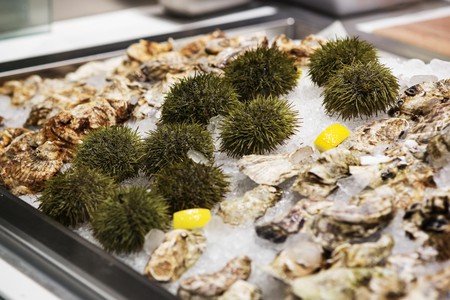 Except for the Back Bay, which was developed in the second half of the 19th century, Boston’s streets aren’t arranged in a grid or anything remotely resembling an organizational structure. Roads twist, turn, abruptly end or change into one-way streets, and some even intersect with other roads of the same name. (It’s another good reason to avoid driving in the area.) Keep your phone’s map app handy and double-check addresses. 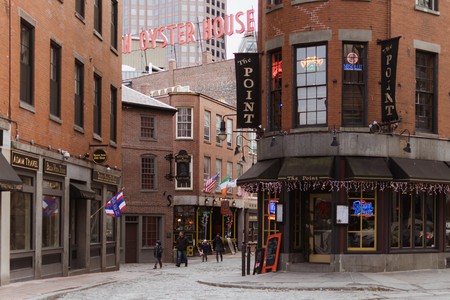 Cambridge, Somerville and Brookline are basically part of Boston

Though they are all separate communities, parts of Cambridge, Somerville and Brookline are in fact more densely developed and closer to downtown than outlying Boston neighborhoods. While Brookline separated from Boston in 1705, it’s almost surrounded by the city. As a result, you may accidentally stumble into its Victorian mansion- and brownstone-lined streets without ever realizing you’ve crossed any borders. Meanwhile, across the Charles River, Cambridge’s Harvard Square is something of a must-see when in Boston. 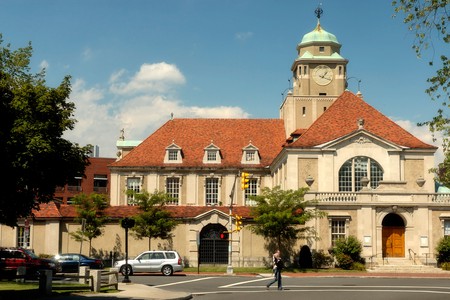 The surrounding communities, such as Cambridge, are also must-sees when in Boston | © AlanHaynes.com / Alamy Stock Photo

There’s a lot of free stuff to do

Depending on when you visit, you’re likely to find plenty of free events. In summer, look for free concerts at the Hatch Shell along the Charles River Esplanade, or take in one of more than 400 free “Summer in the City” performances presented throughout Boston by Berklee College of Music. Also, keep an eye out or research some free outdoor yoga classes and running clubs to join in on warm and sunny days. During the academic year, check the calendars of Harvard and other universities for free film series, lectures and other events. Many local museums offer admission-free days, too. For example, the Institute of Contemporary Art (ICA) is free to the public on Thursday evenings from 5pm to 9pm. 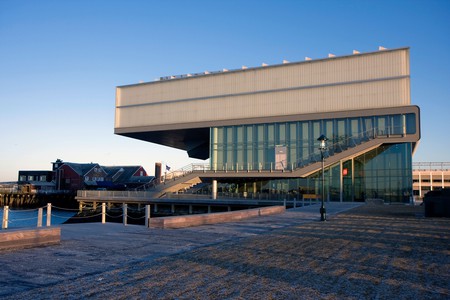 With public green space comprising 17 percent of the city’s acreage, you’re never more than a half-mile (0.80 kilometers) from a park in Boston, many of which include playgrounds and splash pads for hot summer days. Frederick Law Olmsted, the landscape architect behind New York’s Central Park, later designed most of Boston’s Emerald Necklace. It’s a ring of green space that connects the sprawling Boston Common with the manicured Public Garden, the Commonwealth Avenue Mall and the Arnold Arboretum. Newer additions include the Rose Fitzgerald Kennedy Greenway – a lush, stroll-worthy strip of landscaped grounds and public art where an elevated highway once divided the city – and Boston’s Harbor Islands. The latter is a national and state park (accessible by ferry) offering a mix of scenic hiking and history. 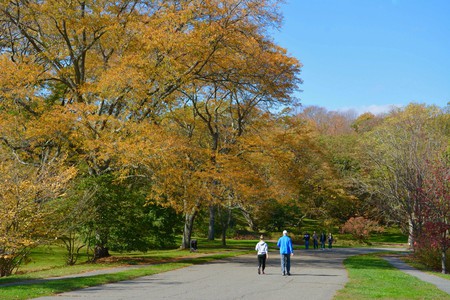 While using the drug in public is still prohibited, you can now legally purchase and possess cannabis in Massachusetts. The closest recreational marijuana dispensary to Boston is NETA in Brookline Village, on the Green Line’s D branch. Just don’t try to bring it across state lines. 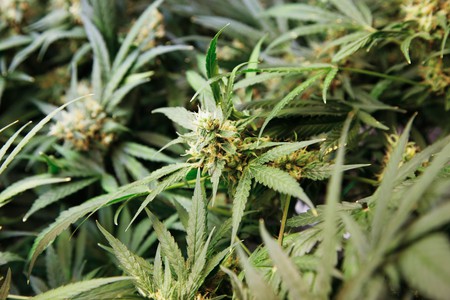 Airbnb regulations may differ in Boston

A law passed at the end of 2018 that requires all Massachusetts vacation rental owners to register with the state, carry adequate insurance and pay hotel tax as of July 1, 2019. All of this might explain any extra fees that are included in your rate. The best Airbnbs in Boston are already registered with the city, which began requiring registration in January 2019, so you won’t face any surprises. 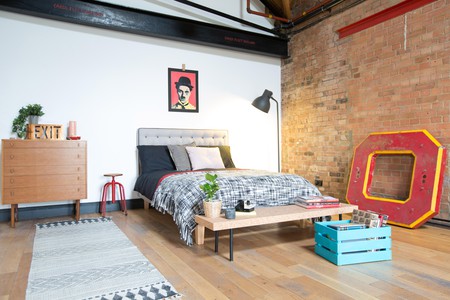 Unlike New York, Boston does sleep

Apart from a few 24-hour restaurants, supermarkets, a bowling alley and a small handful of late-night clubs, Boston mostly buttons up for the night. Bars close at 2am, and the last subway trains leave the city center at around 12:30am. 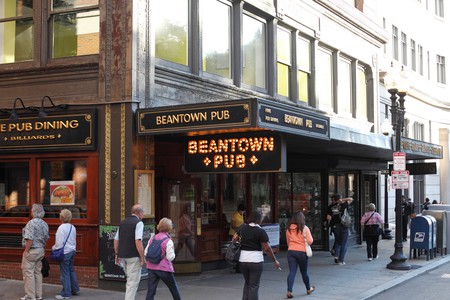