The 10 Most Charming Cities in Massachusetts 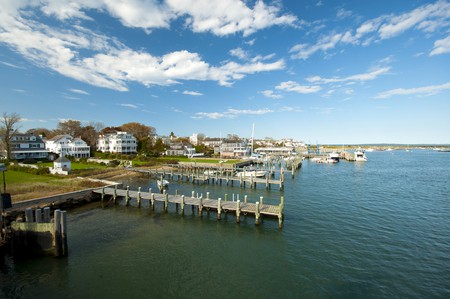 Often overshadowed by its larger neighbor New York, Massachusetts is a true American gem. While it’s full of living memories of American history, they are counterbalanced by a trendy, left-leaning modern culture that embraces originality while focusing on communities. Touring around this small state offers a range of opportunities, including strolling down chic streets, hiking mountain trails, and sailing on the beautiful Atlantic Ocean. 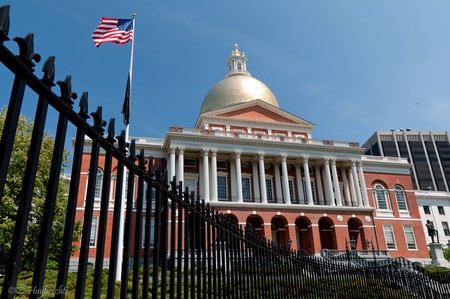 Sometimes called ‘America’s hometown’, Plymouth is a city drenched in history, from its conception when the Pilgrims landed on its shore in 1620 to found one of their first colonies. It then expanded through rope making, shipbuilding, and fishing, but its most popular industry is now tourism. It has many sites that attract visitors from all over, especially to commemorate America’s first Thanksgiving. The monument on Plymouth Rock marks a spot that holds a special place in U.S. collective memory, as does a replica of the Mayflower, the ship the Pilgrims were on when they landed. Plimoth Plantation is one of the most popular sites as it is a living museum, dotted with wooden huts of the colonizers’ initial settlement. 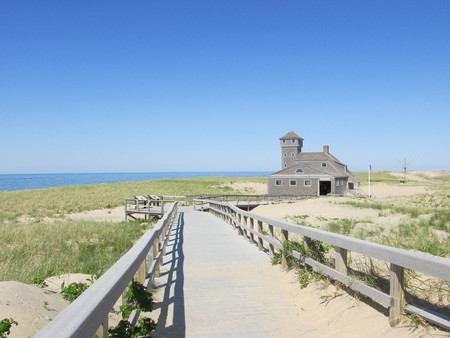 Massachusetts’ quintessential college town is a peaceful gem, lined with brick façades, old Victorian houses, and little-cobblestoned streets. Harvard Square, the soul of this city, is nearly always bustling, mostly with students, as people hop between bookshops and small cafés. Often one will find musicians busking or artists selling their work on the streets. As scenic as Harvard University is with its sprawling lawn and old fashioned edifices, it is not the only site worth visiting in this city. MIT is also in Cambridge, as well as the nearby Central Square, which has a street full of unorthodox restaurants and shops that reflect this city’s nonconformist atmosphere. 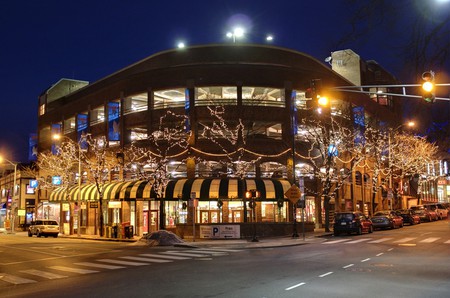 Wellesley is the archetypal Massachusetts town. With a population of almost 30,000, it is famed for its education, visible in the number of students it has due to several colleges in the area. It has cute streets lined with small houses and stores, as well as inviting natural settings. Wellesley College is a sight to see in itself as its sprawling campus is mixed with old and modern buildings and is very green, full of trees and other vegetation. Babson College is similarly appealing. Wellesley, in fact, has a lot to offer if one likes to be outside, as there are more than 25 miles of trails that twist through the city and neighboring woods, passing atop hills and through several reservations in the area. There are greenhouses, an Arboretum, and the home of the Massachusetts Horticultural Society. But it is also a proud town that, like many in Massachusetts it has its own distinctive series of shops, including Wasik’s Cheese Shop, Wellesley Books, and the restaurant Blue Ginger, all of which are cherished by locals and visitors.

Located right in the south of Cape Cod, this tiny town, technically part of the bigger Falmouth, makes for a very worthwhile visit. It expands in the summertime as residents with vacation homes shrug off the previous cold months to bathe in the beautiful water. In fact, the coast on the Atlantic Ocean is the most stunning part of this town, the beaches are long and golden, and the water a stunning blue. Thanks to the proximity and good condition of the ocean, Woods Hole hosts many centers and aquariums dedicated to marine biology and oceanography, making it an ideal spot to encounter different types of sea life. When not swimming, visitors should check out the quirky shops and activities in town, including folk dancing nights in the community hall. Or if in search of more, take the stunning bike path along the coast leading to Falmouth, which has a greater selection of unique shops and spots, and a ferry that brings people to the popular island Martha’s Vineyard. 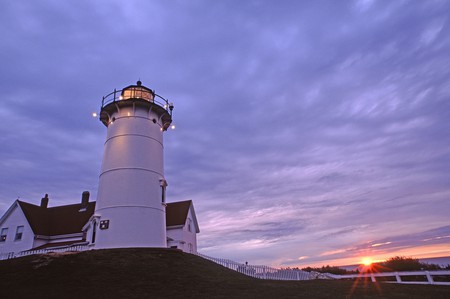 Home to three colleges, including the large University of Massachusetts, Amherst contains a population of over 80 per cent students. This concentration of students makes for interesting dynamics in the city. The area is known for its political activism and left-wing preferences and downtown Amherst is full of students and fun locales, ranging from organic restaurants to bakeries to liberal bookstores. The town also has a rich literary history, as Robert Frost taught in the area, and Emily Dickinson, one of the most famous poets in the U.S., lived all her life in Amherst. Her house has become a museum open to the public and is worth visiting. You should also take a look at UMass Amherst’s W. E. B. Du Bois library, the tallest university library in the world, both due to its collection and its immense size. Immediately outside of the town you can experience rural Massachusetts, with its lush green setting. 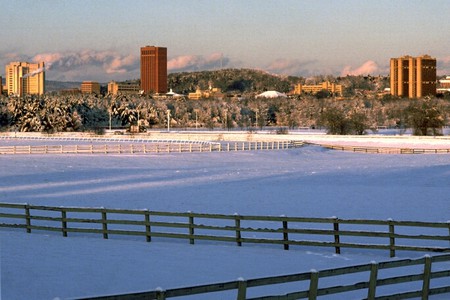 Inhabitants of this bay city have a staunch history of left-wing politics and acceptance, which are put on display in the interactive and engaging Freedom Trail that leads visitors and residents alike across the city to look at all of its landmarks and sights. Boston’s role as one of the first urban areas in the U.S. located on the water is visible in its multiculturalism; don’t miss checking out the vibrant North End, home to a host of Italian immigrants, or China Town, both full of delicious bakeries and ethnic restaurants. Those who seek a more alternative vibe should visit Jamaica Plane, a more bohemian and diverse area, or SoWa in Boston’s south end, famed for its markets, shops, and art galleries. The Boston Back Bay is also a necessary stop, as is the Prudential, Boston’s tallest building and shopping center. Stroll down Newbury Street, the trendiest street here, lined with picturesque brick buildings, and gaze at the old-fashioned mansions on the water. 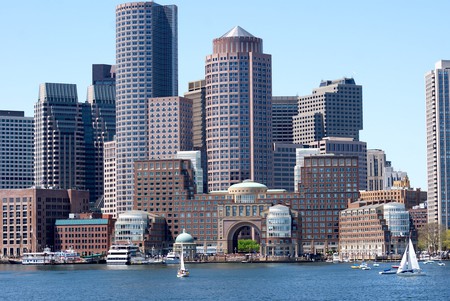 Concord is a Massachusetts’ town that has a nationwide reputation thanks to its important place in American history. The battles of Lexington and Concord, the sparks for the American Revolution, were partly fought here, and were later heavily romanticized through propaganda and patriotic myth. Concord has an even greater literary history. During the 19th century it was a hotbed of transcendentalist thought and literature; Ralph Waldo Emerson was at the center of a prominent group of authors including Louisa May Alcott, Henry Thoreau, and Nathaniel Hawthorne. Their work can be found today in the rustic and cozy wood-paneled town library, which boasts a small transcendentalist wing. Visitors should also make the trip to Walden Pond, where Thoreau famously lived in a cabin for two years to write his bookWalden. It is relaxing to stroll along past the townhouses and the New England nature, including a river that runs through the area. 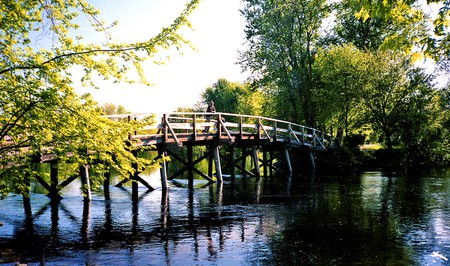 Provincetown, known by many as ‘P-town’, is a hot tourist destination that nevertheless manages to maintain its unique identity after decades of building itself up as a cultural nucleus in the area. Located at the very tip of Cape Cod, it is no wonder that visitors flock to explore the alluring beaches, whether it be a frigid stroll in the winter or a crowded tanning session in the summer. What makes this city unique is its strong artistic flair, containing a variety of art galleries and craft stores, as well as centers promoting visual arts and writing, and the Provincetown International Film Festival, catered to independent films. Provincetown is also well known due to large LGBTQ community, especially during the summer time. You should not miss visiting The Atlantic House, the nation’s oldest gay bar since 1950, and discreetly gay for even longer, which has a history in hosting intellectuals and other literati. 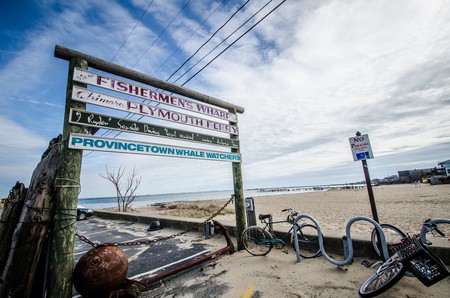 Salem, seen by many as the haunted house of the U.S., is a medium-sized town on the North Shore of Massachusetts, its strategic location on the coast making it one of the most important seaports America. Its fame is in large part due to the Salem Witch Trials, which consisted of trials and executions of accused witches in the late 1600s due to widespread paranoia in the area. Salem has capitalized on this fame to make revenue off tourist spots such as its Witch House, which tells the story of the trials and their context. Salem is also very busy around Halloween due to this reputation, and during autumn in general since crowds flock to take advantage of the festival spirit and activities, while admiring the beautiful colors of the season. Salem is also, however, an attractive location throughout the rest of the year. Its wooden colonial houses provide a scenic backdrop, and the Peabody Essex Museum, one of the oldest in the country, is recognized also as one of the best due to its large, and growing, collection of art and libraries. 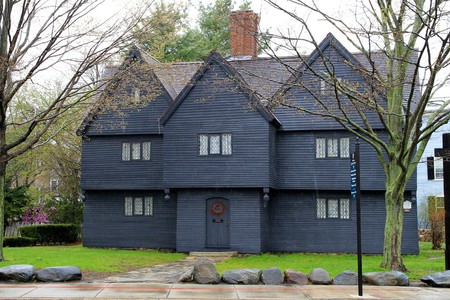 The Smithsonian listed this city of less than 10,000 as the best small town in America. It is located in the Berkshires, a favored vacation area in the far west of Massachusetts. Residents are proud of its beauty, especially the Taconic Mountains, which are a breathtaking part of the Appalachian Trail. It has recently become an Appalachian Trail Community, making it an ideal stop for nature-lovers, who can take a break by walking through the quaint Main Street, especially in the spring when it is lined with flowering trees. Great Barrington also offers visitors the chance to glimpse one of the US’ only ‘castles’, Searles Castle. This beautiful and towering structure is located in the middle of the woods, and was intended as a home modeled on the romantic French chateau-style. This town was also the initial home of the famous American intellectual W.E.B. Du Bois, to which a National Historic Landmark is thus dedicated at his childhood home. 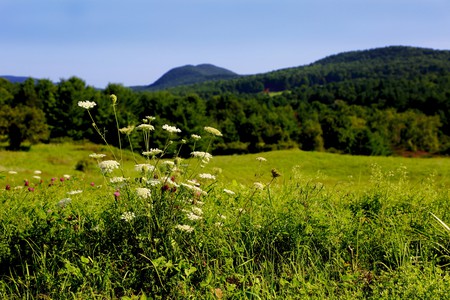