The Best Neighborhoods in Cambridge, Massachusetts for College Students

Just across the Charles River is where you’ll find the densely populated city of Cambridge, known as the “City of Squares,” with each square acting as a neighborhood center. Home to some of the countries top universities, it’s no surprise some neighborhoods have become pockets for students to gather. Discover which squares are student driven.

Latched onto the university, Harvard is a true people-watchers’ paradise. Known as the heart of Cambridge, the square boasts a wide variety of shops, bars, and attractions that draw students, tourists, street performers, and business people alike to create a diverse and colorful street scene. Try the Comedy Studio, perched atop the Hong Kong restaurant, which features magicians on Tuesdays and a range of up-and coming comedians stand-up comedy Wednesday through Sunday. Tune out all the noise and take solace in Harvard Yard, green space-enclosed red brick buildings under a canopy of hardwood trees. For a more euphonious feel, head north to Davis Square to find more buskers and organized live music. 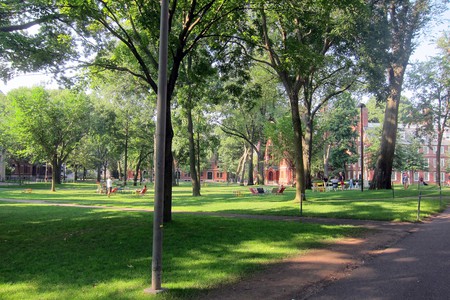 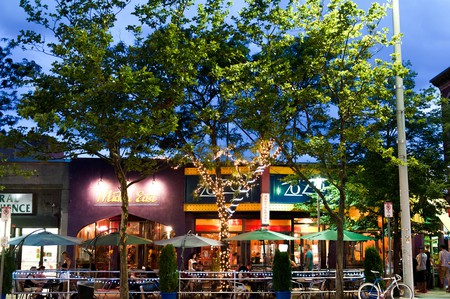 Home to MIT, a range of tech companies, and a cluster of cafés and restaurants, Kendall Square is a salt marsh no more. True to its name, Landmark Theatres Kendall Square Cinema has won numerous awards since its opening in 1995. It’s best known for showing stellar independent and foreign films, though it does also show new releases and documentaries. Those looking for the perfect costume or accessory for a themed party should head to Boston Costume, which houses one of the largest selections of costumes in the Boston area. Area Four is all about using only locally raised and harvested products using sustainable methods. Best known for its pizza, it’s not something to miss when in the area. 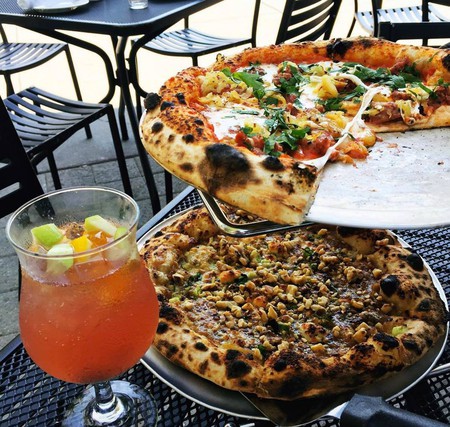 Courtesy of Area Four
Give us feedback