The Best Hiking Trails In Massachusetts 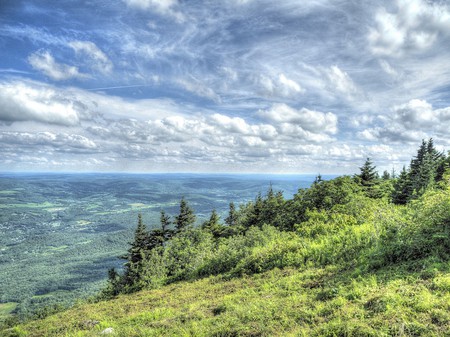 Fall is the perfect time in Massachusetts to get outside. The heat of summer is gone, the cold of winter hasn’t set in yet, and the crisp weather all make for perfect hiking conditions. Plus, the area has some of the best spots to see the leaves change to glorious hues of red, orange, and yellow before they fall. Here are six trails to get you started.

While none of the peaks in the Blue Hills are very high – Great Blue Hill reaches 635 feet – there are over 125 miles of hiking trails throughout the 7,000-acre reservation. The Skyline Loop Trail offers three miles of challenging hiking crossing several summits throughout the park. You’ll follow blue blazes on this hike, where you’ll pass highlights like the Eliot Observation Tower, which offers a panoramic view of Boston. 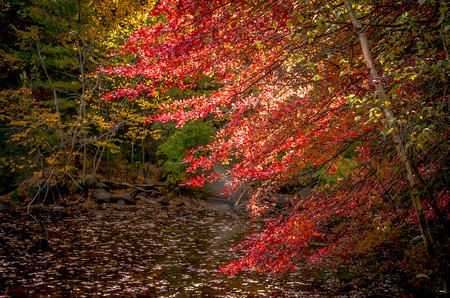 Standing at 3,491 feet high, Mount Greylock is the highest point in the state. From its peak in the Berkshires, you can see incredible, breathtaking views of up to 90 miles away. Upon reaching the summit, you’ll find the Massachusetts Veterans War Memorial Tower, which was built in 1932 and is dedicated to the state’s men and women who serve the country. Acquired by the Commonwealth in 1898, Mount Greylock became the state’s first wilderness state park to preserve this scenic area of natural beauty.

Head down to the Cape for this unique trail. It follows what was once a 22-mile railroad track through Dennis, Harwich, Brewster, Orleans, Eastham and Wellfleet. With the creation of the Old Colony Railroad Company in 1848, this track was originally one of the first ways that connected the once-isolated Cape Cod to Boston. Today, the surface is partly paved for bicyclists and also has an unpaved section ideal for walking, running, and horseback riding. One of the best parts is that you can easily find a beach off of any trail. 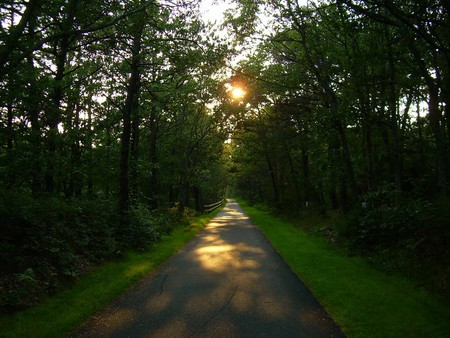 This 1,642 peak in Great Barrington is a must-climb for literary lovers and nature enthusiasts alike. Not only will you be surrounded by the beauty of the Berkshires but you can also find the spot where the inspiration for Moby Dick took place. It’s said that Nathaniel Hawthorne and Herman Melville picnicked on the mountain in 1850 but were forced to take shelter in a cave during a surprise thunderstorm. Here, they engaged in a discussion which inspired many ideas for Melville’s novel. 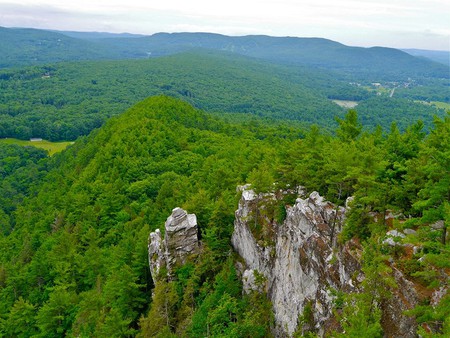 The Appalachian Trail runs roughly 2,175 miles from Springer Mountain in Georgia to Mount Katahdin in Maine. If you’re in Western Massachusetts, however, you have 90 miles of the trail at your fingertips. This section of the Appalachian Trail was created in 1921 and traverses through the valleys and ridges of the Berkshires. This is one of the few places in Massachusetts that offers an option for both day hikers and long-distance ones. 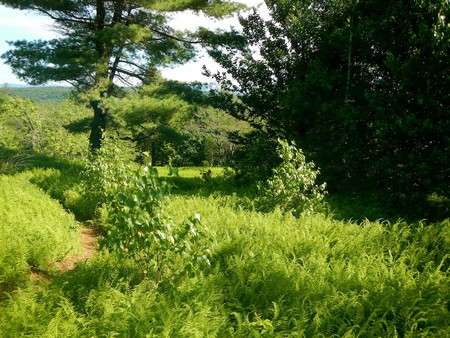 AT in Massachusetts | © John Hayes/Flickr

The Acorn Trail is located in Great Brook Farm State Park in Carlisle, MA. The overall park contains 1,000 acres with 20 miles of trails, and the Acorn Trail makes up three of those miles. This tucked-away trail is ideal for trail runners or families with young children, as the path is mostly flat. It follows along natural woodlands, passes by corn fields, and opens up to grassy paths. More experienced hikers may want more of a challenge, but it’s a perfect trail for a short hike. 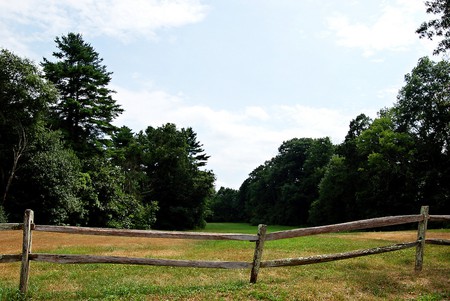