Any modern poetry anthology that does not feature Dickinson and Plath should be read with great hesitation. As Lindsay Parnell attests, few other poetic voices in female poetry have encapsulated the search for identity, articulated a language of the body and elaborated a voice outside of patriarchy in the way in which these two Massachusetts natives did.

The names of Plath and Dickinson, inevitably, conjure up the more salacious details of their life stories and the mythology of mental illness, affairs and torrid relationships which surrounds them. These details eclipse the extraordinary calibre of work they both produced in such small periods of time. Their works display an urgency and a tangible passion that is not to be denied. Despite living in different eras they shared a mutual rejection of the institution of formal religion, specifically those ideas of Christian theology, doctrine and practice.

Emily Dickinson was born in Amherst, Massachusetts in 1830 and died there in 1886. A passionate student from a young age, Dickinson studied formally at Mount Holyoke Female Seminary as a young woman. Her life was predominately restricted to the religious town in which she was born and raised. This however did not limit her inspired imagination and astute literary abilities. But it wasn’t until the 1860s that her poems began to be published. The publication of her canon in its entirety, a collection of over one thousand poems, edited by Thomas H. Johnson, was first released in 1955.

Although raised in the suffocation of her devout Puritan household, Dickinson experienced a formal rejection of religion as a young woman and ceased church attendance or worship before the age of 30. A meticulous letter writer, Dickinson repeatedly expressed her hopeless nature and distance from the protestant notions of salvation in her letters. In the absence of any religious fervor, Dickinson’s passion was redirected towards her work and her platonic intimacy with family and friends. But in the rejection of religion, the structured influence of Christian hymns would subsequently define the interior of her work. Although she lived her life in the absence of a protestant God her work was greatly influenced by the poetic riffs of the hymn. Dickson’s infamously dash filled lines structure a lyrical cadence derivative of traditional Christian hymns. Her free use of psalm inspired meter often accompanied by sporadic punctuation and eclectic rhyme scheme, also deliver echoes of religious song and worship. Her clever manipulation of the hymn form to deliver content that expresses rejection of the church was something of a milestone in American poetry, although it was not recognized as such at the time. Dickinson’s work undoubtedly prized open the limits of expression for the female poets who would follow her lead, including Sylvia Plath. Plath, however would not revisit the structure of religious hymns, but would interrogate theological doctrine and iconography in her work whilst pursuing an articulation of female identity. While Dickinson devised poetry from religious structure, Plath conceived of her own literary interpretations of Biblical principles. 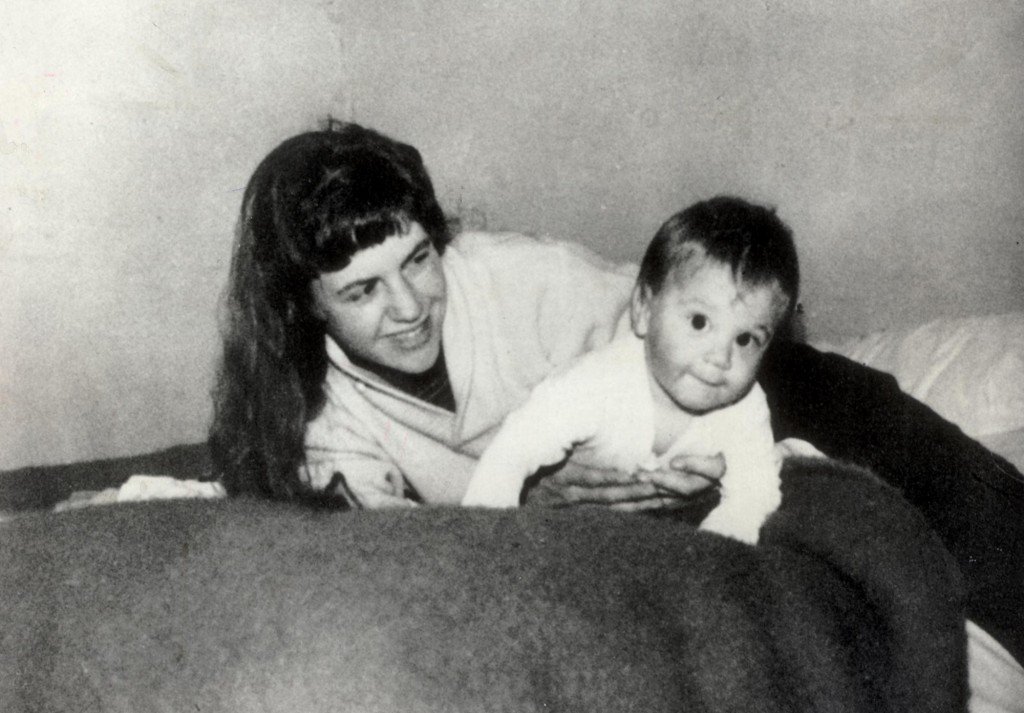 ANL/REX/Shutterstock © Poet Sylvia Plath And Her Son Nick Pictured In Devon In 1962.

Born in Jamaica Plain, Massachusetts to a scholarly beekeeper, Sylvia Plath was a gifted writer whose potential seemed infinite. A tumultuous young adulthood plagued by mental illness provided a wealth of inspiration for a poet whose landmark works dominated the oeuvre of the loosely associated ‘Confessional Poets’ in 1950s Boston. Educated at Smith College in Northampton, Massachusetts, Plath received a prestigious Fulbright fellowship to attend Newnham College in Cambridge, and relocated to the United Kingdom. Whilst in England she would meet and marry the English poet (and future poet laureate) Ted Hughes. Following their brief courtship and marriage, Plath and Hughes moved to America where Plath returned to her alma mater to teach freshman English at Smith, while Hughes instructed at a private boys school. It was during this period that Plath began attending the infamous literary workshop run by Robert Lowell, where she would begin her influential literary friendship with fellow poet Anne Sexton. Here began Plath’s own confessional exploration, much in the wake of Sexton and Lowell’s work. She would begin to explore her own history of suicide attempts and depression in a literary sense. After time spent in the writer’s colony Yaddo, where Plath drafted the manuscript for The Colossus, Plath and Hughes returned to England.

Plath’s The Colossus was published in 1960 to lukewarm reviews. The collection is a tightly structured, almost suffocating at times, body of poems. Following the publication of The Colossus Plath’s complicated relationship with Hughes would end in 1962 amid allegations of Hughes’ infidelity and extramarital affairs. With Hughes’ departure, Plath relocated to Chalcot Square in Primrose Hill, London with her two small children, Frieda and Nicholas. This period would prove the most intense of Plath’s literary career. At number three Chalcot Square, Plath feverishly wrote her October Poems, including the brilliant Ariel, Fever 103, Poppies, Lady Lazarus and Daddy — poems that would ultimately become the crux of the collection that made her name, Ariel. This collection of poems articulates a controlled rage, undoubtedly crisp and concise. Ariel marks Plath’s abandonment of the traditional poetic dedication of The Colossus. A detachment from her many male poetic counterparts, Ariel embodies the voice of the oppressed female, and is simultaneously liberating and stifling because of this. Its embodiment of the suppressed voice of female identity is matched by a profoundly bitter sense of ensnarement within the bounds of patriarchy, which is evident both thematically and linguistically. Within these poems Plath also explores the Christian rituals of baptism in its relation to rebirth, a current that flows throughout her own poetic canon.

Plath’s frustrations with organised religion are well documented. Although a playful agnostic, Plath’s prose and poetry alike feature reoccurring Christian iconography and symbolism. Her poetic dialogue often presents religion as domestic inheritance, especially in the circumstances of a woman: her submission, her silence, and her duty. Plath’s obsessive faith in the natural world was juxtaposed with any Christian theology in her life. Her view of the Church and its doctrine can also be characterized as a sense of violence and brutality, especially in arenas of baptism, and communion as barbaric consumption. Plath also conflates religion and patriarchy within her work, which consistently features the figure of an ever present male deity. The potency of Ariel seems to ignite when religious interrogation and the quest for voice of female identity meet. The posthumous publication of Ariel in 1965 (Plath committed suicide in London in 1963) solidified Plath as a major poetic voice, and the natural heir to Dickinson, with whom she shared a profound rejection of the strictures that society, religion and patriarchy placed upon women. In doing so both Plath and Dickinson were able to demarcate a new space for women’s poetry, in which these social and psychological bounds could be elucidated and, to some degree, transcended.