'Megacities Asia' Comes To The Museum Of Fine Arts Boston 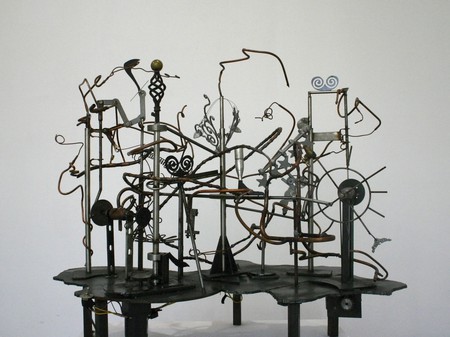 In a groundbreaking, east-meets-west exhibition, 11 Asian artists come together to show us the profound nature of their cities and respective cultures. Their work is dimensional in both scope and message, with large-scale installations created from discarded, everyday materials. These forgotten objects are re-appropriated in a massive, repetitive manner, serving as visual commentary on the monstrous consumption now prevalent in Asian cultures. We take a closer look at the Museum of Fine Arts Boston’s newest exhibition, Megacities Asia.

MFA Boston’s exhibition begins with an effective, multi-media display screen showing video snippets of Asian megacities, exploring what these environments have become politically, socially, and economically as they grow exponentially. The emphasis of this exhibition is placed on how increased population density impacts the daily lives of these city’s inhabitants, and how they subsequently contend with their monster-sized environments. 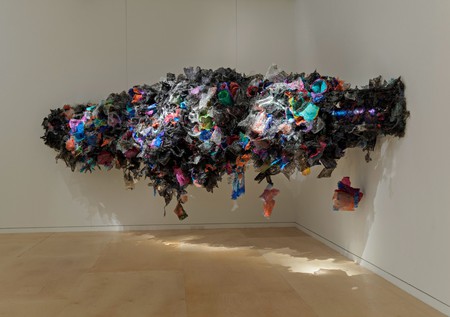 By definition, a ‘megacity’ is an urban area housing ten million inhabitants, or more. Remarkably, as Matthew Teitelbaum, Director of MFA Boston notes, ‘Many of Asia’s 16 megacities, which comprise more than half of the 28 in the world, have rocketed to their place on a global stage, further differentiating them from the megacities in Europe and America, which developed over centuries.’

Megacities Asia features 11 large-scale installations that interpret and respond to the growth phenomena occurring in each participating artist’s city. By qualification, each artist has personally experienced the exponential growth and resulting impact. Their subsequent creations vary in theme and resource, utilizing a conglomeration of urban materials and object castaways. 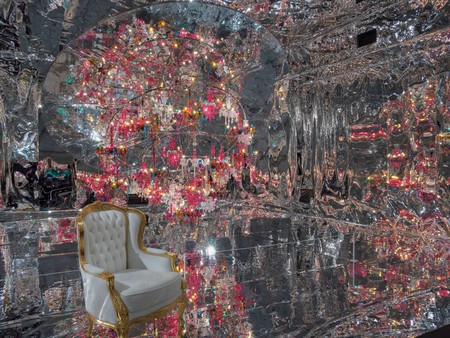 The internationally-renowned and politically-dissident Chinese artist Ai Weiwei contributes two installations to Megacities Asia: Snake Ceiling, and Forever. Forever is a collection of a bicycle parts taken from the streets of Beijing, stacked four high and creating an enclosed circle. His statement appears rather glaring – particularly to anyone who has visited Beijing and witnessed the prevalence of bicycling as a form of transportation – but Weiwei’s message is effectively de-humanizing as he explains, ‘You go from feeling too big to feeling like this tiny ant.’ Assistant Curator of Contemporary Art Al Winer also notes that the ‘status’ of bicycles in Beijing has already changed to one of ‘poor’ transportation; today, there’s considerably higher status associated with owning a car. 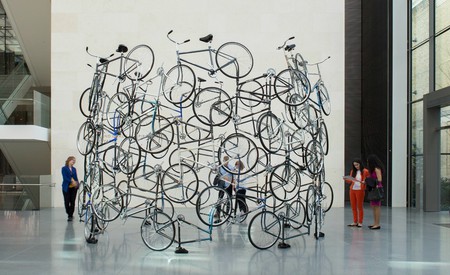 In 2008, an earthquake hit China’s Sichuan province, killing approximately 90,000 people – more than 5,000 of which were children. Chinese government officials refused to acknowledge the final death toll, or take any accountability for the poorly-constructed schools that stood no chance of maintaining their integrity in such an event. Thus Ai Weiwei created Snake Ceiling from backpacks to commemorate the children who perished in the disaster. 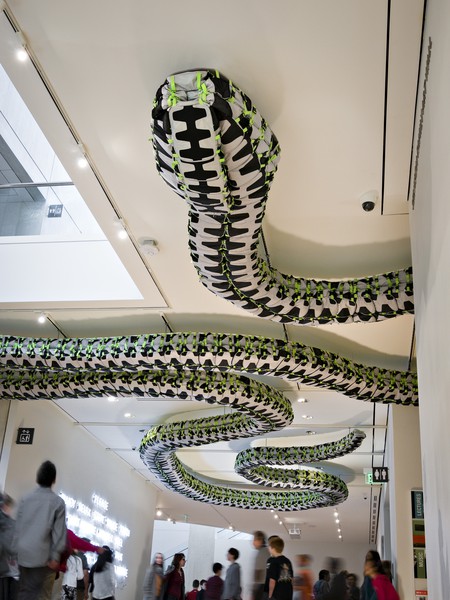 Snake Ceiling, Ai Weiwei (Chinese, born in 1957), 2009. Children’s backpacks, suspended from the ceiling | Image Courtesy of the Collection of Larry Warsh and the Museum of Fine Arts, Boston

Seoul, South Korea-born Han Seok Hyun’s work comments on his home city’s population of over 23 million, focusing on the natural and environmental impact of such incredible population density. Hyun’s installation titled Super-Natural reflects the complicated nature of ‘green’ products. On a global scale, the color green is now associated with nature and health, yet green waste remains waste. A 30-foot mountain of collected juice packs, bottles, cartons, and containers creates the illusion of a ‘green’ oasis, but upon closer inspection, the viewer sees nothing but waste and depletion – the result of clever marketing tactics. The sad irony is that the prevalence of ‘green’ products have depleted most of Asia’s real nature, foretelling a South Korea rapidly losing its precious countryside. Thus, the artist replaces real greenery with a ‘green’ oasis of plastic products. 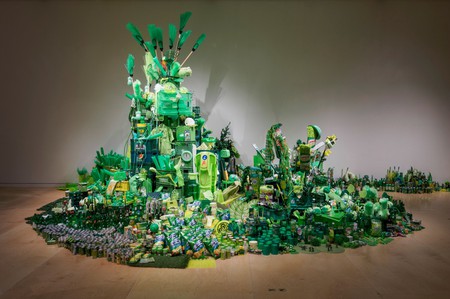 In a direct depiction of human confinement, Chinese artist Song Dong created Wisdom of the Poor: Living with Pigeons – an assemblage of simple Chinese housing materials. Windows, doors, glass panes, and roofing tiles build a two-story version of a human pigeon coop – a space, the artist explains, reminiscent to some dwellings he grew up in during his childhood in Beijing. This small, caged enclosure can fit one medium-sized human being, shockingly similar to China’s cramped courtyard homes. Visitors are invited, on select days, to crawl inside and experience the claustrophobia of this living environment.

Al Miner further explains that China is undergoing a different, contemporary cultural revolution. ‘High-rises spring up overnight, and the few remaining courtyard houses are often purchased by expats and the ultra-wealthy as novel places to entertain guests.’ What was once a necessity for additional space is now used as a garden bar patio, designed to show off disposable wealth and high status. These historical dwellings are now re-appropriated by multi-million yen high-rise condo structures, to the detriment of tradition. 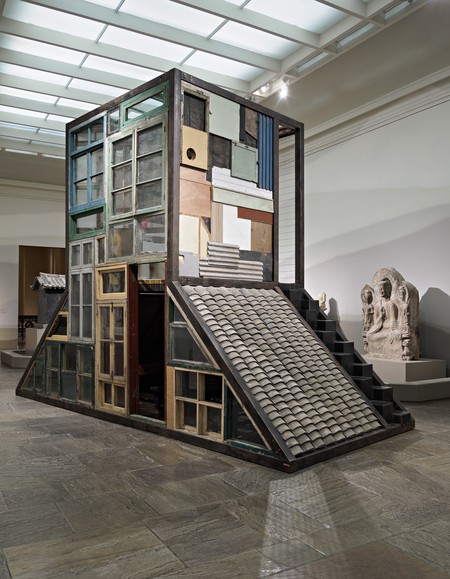 Megacities offers a valuable lesson in culture shock, responding to the perils and complications of a region that has historically aimed to emulate the West to its detriment. The artists’ rendering of the effects of uncontrolled expansion and mass-production is perhaps too late, but provides a necessary commentary designed to create a call to action, urging Asian inhabitants to find a way of coexisting with their environment, quickly. Megacities Asia will run at MFA Boston through July 17th, 2016.