How the Recipe for 100-Year-Old Fenway Frank Changed 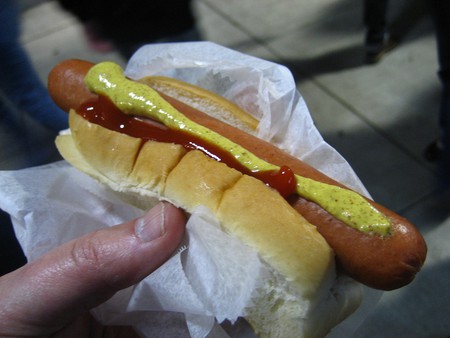 Baseball flourishes on tradition. Think of those grainy, black-and-white videos of legendary batters leaping in the air to celebrate as the announcer’s voice crackles. For long-time fans, a game is as much about the park as the action on the field. That is why, to celebrate its 100th anniversary, the Boston Red Sox searched high and low to find a new purveyor for that ballpark staple: the hot dog.

Fenway has the Fenway Frank, a classic brownish-red tube of pork and beef slapped on a New England roll – steamed white bread. Accoutrements? Just mustard, please (after all, this is New England, not Chicago). As the oldest park in the league, the 106-year-old Fenway Park was revamped by Red Sox officials in 2009. That same year, plans were underway to revamp another icon: the Fenway Frank. For decades, the same company had made the hot dog in the image of those served at baseball games in the late 1800s: mild, unoffending and with few toppings.

Tastes had changed. The explosion of interest in the hot dog as a culinary experiment encouraged bold flavors and new pairings: hot dogs with kobe beef; hot dogs with pickled red cabbage; on a pretzel bun; hugged with bacon. The hot dog was a blank canvas.

The surge in hot dog gourmets heaped pressure on even the most iconic of staples. So, in 2009, the Red Sox brought in a new, local company, Kayem, to overhaul its dog. 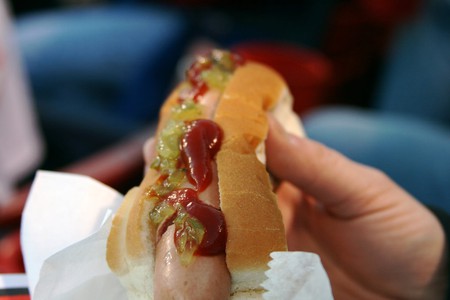 Enjoy a game with a Fenway Frank | © Andrew Malone / Flickr

Work began in earnest. The company ran careful, secret taste tests to hone its creation – a part-beef, part-pork dog still mild but also meatier, with more garlic and smoke flavor (a blend of hickory and maple) than Fenway faithful had seen before.

Most Kayem employees were kept in the dark about the project, and only a select team was in on the plan. They tested some 30 different versions, tweaking lean cuts of meat and dialing in spices, as well as cooking techniques.

Kayem cools its dogs in a special process they say locks in the juicy flavor. While other ballparks grill or steam their hot dogs, Fenway boils them before a quick roast over a flame.

The numbers seem to back up the change. Even as Major League Baseball attendance slumps, the number of Fenway Franks still goes strong, with hundreds of thousands consumed each year.

Even as lobster poutine makes a splash in the concession stands at Fenway, the frank holds its place; it defeated every other Major League Baseball team’s hot dog and was voted the best by fans, according to a National Hot Dog & Sausage Council poll in 2017. 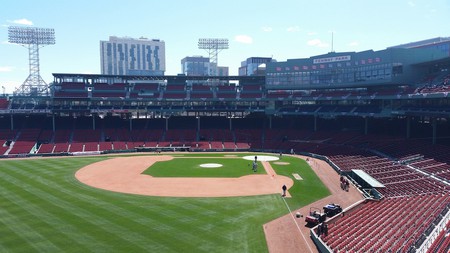