Discover the Tech Capturing the Creativity Between Waking Life and Dreams 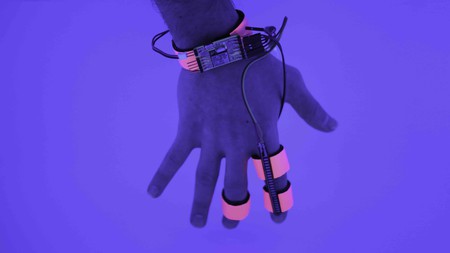 Scientists at the Massachusetts Institute of Technology have developed Dormio, a device that helps wearers tap into the creativity generated in the semi-conscious state between wakefulness and sleep.

Against a seascape of distant horizons and calm water, a nude woman in repose floats above a rocky landscape. Above her, a fiery orange fish bursts out of a pomegranate, in turn spewing out a tiger that spews out another tiger.

The meaning of this surrealist dreamscape, painted by Salvador Dalí in 1944, has been the subject of mixed interpretation. But its title – Dream Caused by the Flight of a Bee Around a Pomegranate a Second Before Awakening – can be understood more literally. 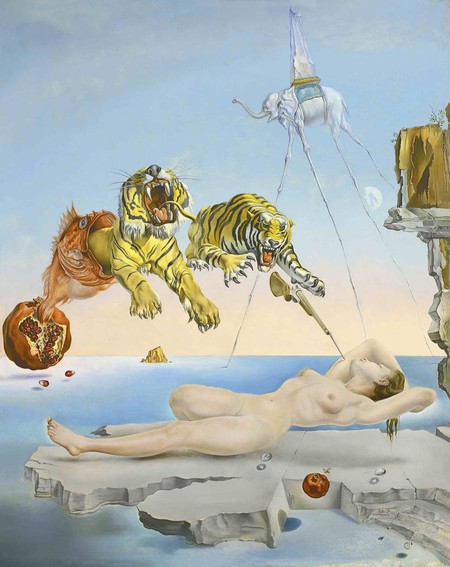 Salvador Dalí, 'Dream Caused by the Flight of a Bee Around a Pomegranate a Second Before Awakening', (1944) | © Salvador Dalí, Fundación Gala-Salvador Dalí / VEGAP, Madrid

Throughout his career, Dalí regularly looked to his dreams for inspiration. The artist even went so far as to nap with an object in hand, so he would wake when it crashed to the floor and be able to capture the strange and creative ideas that came to him in his semi-lucid state.

The idea of exploring the mysterious borderland between waking life and sleep has been replicated by artistic minds for decades. While creatives from Thomas Edison to Edgar Allen Poe turned to the falling-object trick, scientists at the Massachusetts Institute of Technology (MIT) are now creating a more high-tech solution: Dormio.

The project uses a glove embedded with sensors, which allow researchers to track changes in biosignals such as muscle tension and heart rate that indicate when a person is falling asleep. As the wearer nears the end of the transition between wakefullness and sleep – known scientifically as hypnagogia – audio from a linked-up app nudges them slightly back towards wakefulness. The app then prompts the wearer to think about a subject, such as ‘rabbit’ or ‘fork,’ asks what they’re thinking about and records the answers. After this, the system allows users to drift off towards sleep again, only interrupting again when biosignals indicate another transition into deeper sleep. This is done repeatedly to intercept dreams and extract reports about them.

In lab tests, all of the subjects recalled dreaming about the prompt word, though not all remembered what they said while in their dream state. When the subjects were asked to write a creative story around their word prompt, they self-reported feeling more creative, and spent longer working on their projects.

When prompted with the word ‘fork’, one subject reportedly muttered the phrase ‘forks are colonialism’. When asked about it after waking, the subject explained that while he ate food with his hands in his home country, he used silverware in the U.S. Interestingly, the subject reported being unaware he’d ever made this unconscious association before, but connected with the sentiment.

‘I find the idea that there is a state of mind which composes and constructs my conscious self but remains inaccessible to me, both frustrating and alluring,’ explains Adam Horowitz, a master’s student at MIT who is leading the project. ‘Hypnagogia is a “me” that I am unfamiliar with, a “me” that slips past memory as we drift into unconsciousness.’ 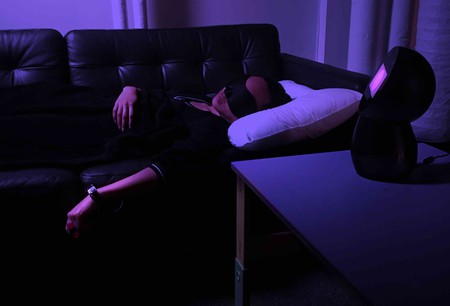 While the idea of interfacing with our dreams to capture lost creativity and access hidden levels of our own cognition is appealing, scientists still don’t fully understand what happens to the brain in hypnagogia. It’s understood that as we sleep, we lose some frontal cortex control, meaning we’re more likely to be hyper-associative and let go of our sense of time, space and self – presumably helping our capacity for innovative, divergent thinking.

At MIT, scientists plan to continue trails with Dormio to better determine how the system impacts creativity and further their understanding of whether content they incept in hypnagogia transfers into later stage REM dream content.

‘Good neuroscience, to me, is effective self-examination. Good technology in service of making neuroscience relevant outside the laboratory, then, should facilitate self-examination,’ adds Horowitz. ‘The ends of this project are both practical and philosophical. I have no doubt that hypnagogia holds applications for augmenting memory, learning, and creativity.’

For more on the fusion of tech and neuroscience, read our feature on how the quest to link mind and machine has come one step closer to reality.