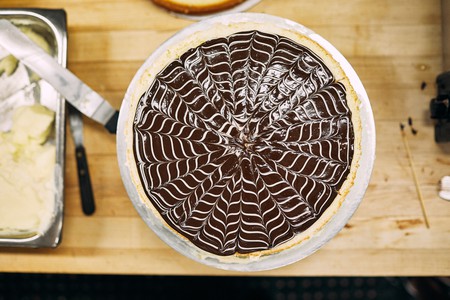 The Boston cream pie is actually not a pie at all

The Boston cream pie is as woven into the fabric of Beantown as the Boston accent. What’s now revered as the state dessert was once merely a simple cake produced at the Parker House.

Bostonians are quick to remark that the Boston cream pie is a charming, storied slice of the city’s history. These days, it’s just as ubiquitous in Beantown as clam chowder, cannoli, baked beans and oysters, and is found in forms that aren’t merely cake, but shaped into donuts and churned into ice cream. 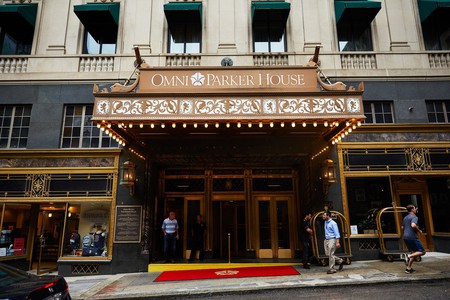 The Boston cream pie has long been a staple, thanks to the Omni Parker House Hotel (formerly the Parker House) and chef Augustine François Anezin. Anezin arrived in Boston from France in the mid-19th century, armed with a Rolodex of French specialties: green turtle soup, roasted beef and fowl speared onto spits and spun over coals, silky mayonnaise and ham sunk in champagne sauce. He transformed the newly opened restaurant into a fine-dining destination, introducing and perfecting a host of dishes in the Parker House kitchen. 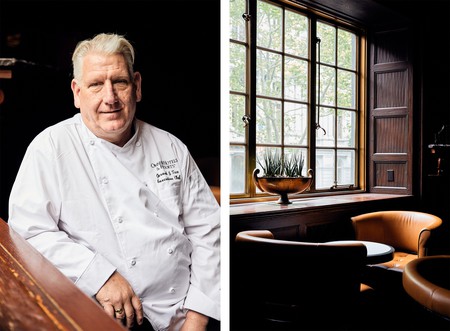 It was Anezin and his staff who dreamt up the Boston cream pie, looking at popular American desserts for inspiration, like American pudding-cake pie and Washington pie, cakes that were sliced into two layers and swiped with a filling in between. But one of the biggest differences between the then haute desserts and the Boston cream pie was the introduction of chocolate.

Bostonians had certainly enjoyed their fair share of chocolate – swirled into beverages or whipped into puddings – thanks to America’s first chocolate mill that had opened in neighboring Dorchester in 1765. Yet it was rather rare to dine on chocolate outside of the house. So, when Anezin and his pastry chefs carved open a sponge cake, filled it with vanilla pastry cream, and drizzled the top with chocolate icing, it was sensational for the time. The dessert remained so popular that in 1996, the Boston cream pie was shuttled into sweets history when it was declared as the state dessert of Massachusetts. 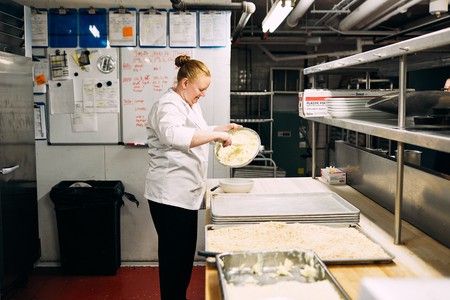 Although the Boston cream pie is actually a sponge cake, it was called a pie because it was originally baked in pie tins | © Joe St.Pierre / Culture Trip

“The Boston cream pie is actually a sponge cake,” explains Gerry Tice, the executive chef at the Omni Parker House. “It was called a pie because it was originally baked in pie tins.” 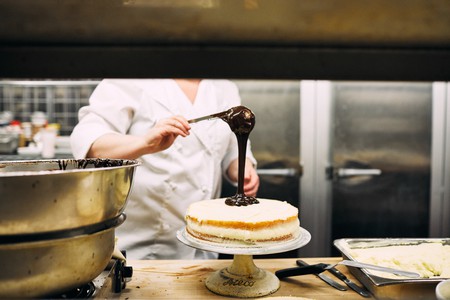 The cake gets its high stature from from two layers of sponge, pastry cream and chocolate ganache | © Joe St.Pierre / Culture Trip

Here, Tice runs the operation with pastry chef Laura Boyd-Figueroa, who’s been baking the hotel’s signature dish for nearly 20 years. She and her team weigh and sift dry ingredients, combining them with eggs and milk, before whisking everything together in silver industrial mixers. They then pour the batter into 10-inch cake pans and slip them into the ovens, removed only when the tops are springy and colored a sheen of golden yellow. 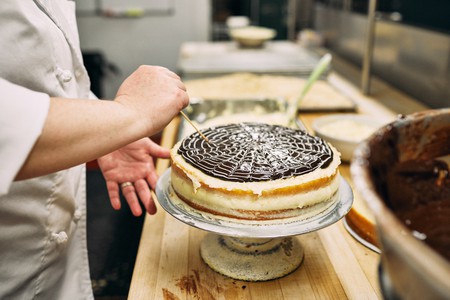 The top is swiped with chocolate ganache, then penciled in with white fondant to create a spider web-like design | © Joe St.Pierre / Culture Trip

The flex sponge (another term for sponge cake) is sliced in half, the bottom layer spread with about an inch and a half of pastry cream, then sandwiched with the top half. Chocolate ganache is delicately dripped on top, pushed out into a thin circle, then dotted with white fondant which is carved into a spider web-like design using a toothpick. To finish it off, extra pastry cream and crumbles of nuts are patted around the outside of the cake. The kitchen also bakes the batter into smaller, individual-sized cakes. 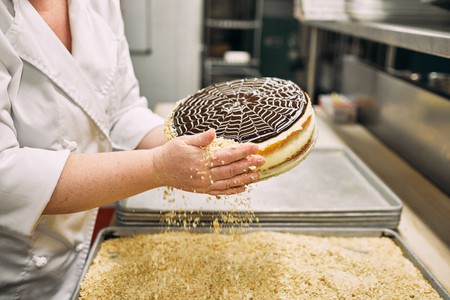 Crumbles of nuts are patted on the side to finish the cake off | © Joe St.Pierre / Culture Trip

Although the food has obviously always been at the forefront of the Omni Parker House Hotel – from the legendary Parker House rolls to the Boston cream pie – the restaurant has also seen its fair share of celebrity fame. John F Kennedy is said to have proposed to Jackie in the restaurant, and the kitchen and wait staff have seen the likes of Malcolm X, Emeril Lagasse and Ho Chi Minh in its service.

Two centuries later after Anezin crafted his cake, the Boston cream pie’s fame remains synonymous with the Parker House. So it should come as no surprise that people from around the world come to the hotel just for a slice of cake.

“[Guests] say the Boston cream pie reminds [them] of when [they] used to go to grandma’s house on Sunday,” Tice says. “It’s a simple dessert. It all complements each other: the richness of the cake, the creaminess and smoothness of the chocolate, the pastry cream.” 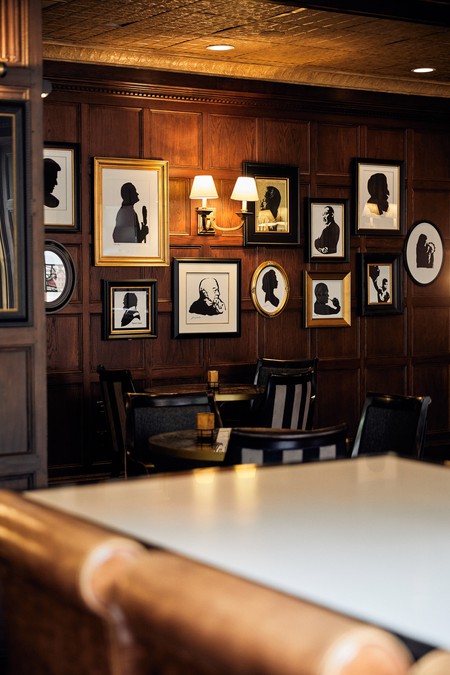 The dining room here has seen its fair share of celebrities, from JFK to Malcolm X | © Joe St.Pierre / Culture Trip

These days, Boston is filled with other renditions of Boston cream pie, found in restaurants and bakeries across the city. It’s been turned into ice cream and donuts, cupcakes and banana pudding, with pastry chefs putting their own flair on the classic. Some soak yellow cake in rum; others drench rounds of sponge cake in caramel sauce and crumbles of toffee almonds. But at the Parker House, it’s long stayed the same.

“A lot of generations identify with the Boston cream pie, but there are so many different versions people have tried to adjust to,” Tice says. “The original Boston cream pie that we have here, there’s nothing better than that.”