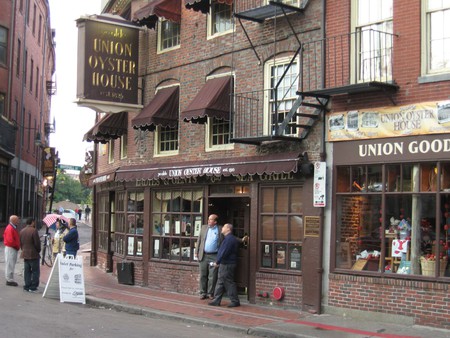 The doors to Union Oyster House opened in 1826, over 190 years ago. While there are many historic eateries in America, Union Oyster is the oldest operating restaurant in the nation. The building is a National Historic Landmark located on Union Street in Boston.

Historians believe that the Union Oyster House building was built in 1704. Prior to being a restaurant, the building was Hopestill Capen’s dress goods store. After that, in 1771, Isiah Thomas published his newspaper The Massachusetts Spy – the oldest newspaper in the United States – in the building. And in 1826, the structure became the Atwood & Bacon Oyster House.

Other famous patrons of the restaurant include the Kennedy family. Indeed, the restaurant dedicated JFK’s favorite booth – located in the upstairs dining room – as “The Kennedy Booth” in his honor.

Fun fact: The toothpick was popularized in America thanks to the Union Oyster House. 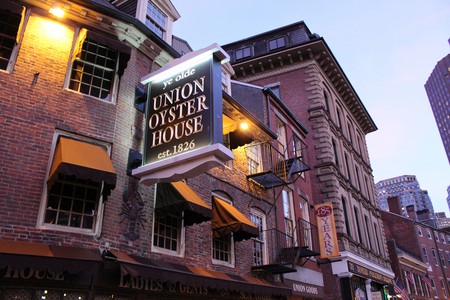 The Union Oyster House serves traditional New England food – oysters, lobsters, clams, baked beans, steak, and chicken – just as it did years ago. Stop by for raw oysters at the famous semi-circular bar or sit at “The Kennedy Booth” and revel in the restaurant’s rich history. 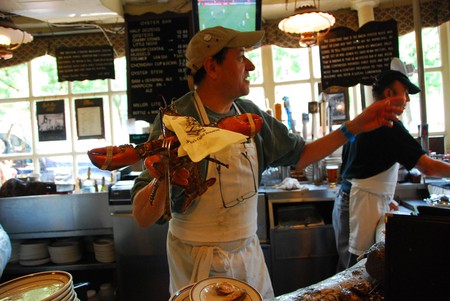