10 Films and TV Shows to See Before Visiting Denver 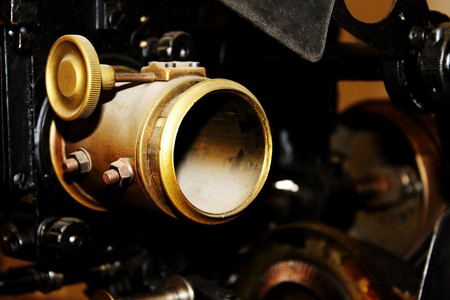 If you’re thinking about visiting Denver and surrounding areas in Colorado, but you aren’t sure what to expect, there are plenty of movies and TV shows that will give a sense of The Centennial State. These 10 films and TV shows pay homage to Colorado in some way and are definitely worth checking out before your next visit.

Writer and director Stanley Kubrick’s film version of Stephen King’s classic novel of the same name stars Jack Nicholson as Jack Torrance, a struggling writer who takes a job as the caretaker of the Overlook Hotel, somewhere in the Colorado Rockies. Horror ensues for Torrance and his family. Not only does the movie show what Colorado winters are like in the mountains, but the Overlook Hotel was based on the famous Stanley Hotel in Estes Park, which you can still visit today.

South Park is an adult cartoon series, now in its 21st season, and is perhaps the most famous Colorado-themed TV show and movie. Named for the fictional town in which it takes place, the show tells the story of four boys in grade school. It gives a feel for the Rocky Mountains and also shows many Colorado landmarks. Creators, Trey Parker and Matt Stone, got their start in film studies at the University of Colorado Boulder, which has made them hometown heroes of sorts.

This long-running MTV reality series took place in Denver during the 18th season. The seven contestants lived in a two-story building right in the heart of Lower Downtown and worked for Outward Bound, where they were trained in wilderness courses and took at-risk teens on hiking treks, during which the at-home viewers also get to experience the great Colorado outdoors.

The classic road-trip comedy Dumb and Dumber [1994], follows the adventures of Lloyd Christmas and Harry Dune, who take off across the country to return a lost briefcase to a pretty lady in Aspen. Some of the movie takes place among the Aspen ski-town crowd. These scenes were filmed in Breckenridge, Colorado and the Stanley hotel in Estes Park.

The Ranch is a Netflix original comedy series set on fictional Iron River Ranch in Colorado. The opening sequence features scenes from the town of Ouray and surrounding Ouray County, and the show depicts life on a ranch, an important part of Colorado culture.

Catch and Release [2007] is set in Boulder and follows Gray and her developing relationship with Fritz, her deceased fiancé’s best friend. Many of the scenes were actually filmed on location in Boulder.

Dan Harmon’s comedy Community is set at a Greendale Community College in fictional Greendale, Colorado. It is not only hilarious, but it also gives a real idea of life in the Denver suburbs. Follow the adventures of the central study group for all six seasons.

Butch Cassidy and the Sundance Kid

The classic Western Butch Cassidy and the Sundance Kid [1969], is loosely based on the true story of Wild West outlaws Robert LeRoy Parker, also known as Butch Cassidy, and Harry Longabaugh, also known as The Sundance Kid. The movie is filmed in various parts of Colorado, including Telluride, where these famous outlaws robbed their first bank. Not only will you see some beautiful Colorado spots, but you’ll also get a feel for the Wild West history that still permeates Denver’s culture today.

Drama series Everwood is set in fictional Everwood, Colorado, and follows the story of Dr. Andy Brown and his family. Although the series wasn’t actually filmed in the state, it does a great job depicting life in a mountain town.

For some classic television, check out Mork and Mindy, featuring Robin Williams as a lovable alien learning about human life in Boulder, Colorado. The setting gives you a feel of Colorado in the late 1970s through the early 1980s.