A Slice of Americana: The Best State Fairs in the USA 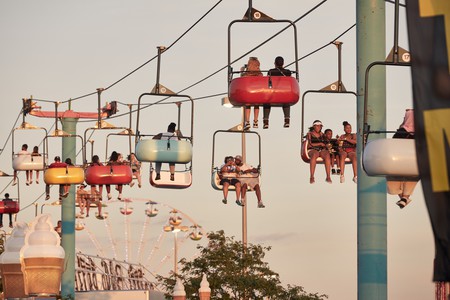 State and county fairs – America’s bona fide parties of the summer – crop up in the late summer heat, some as modest affairs, others as blow-out festivals with millions of attendees. Learn more about the weird and wonderful parts of this very American tradition.

During the summertime, towns and cities across America host an oasis of small- and big-town pride: state fairs. It’s a charming celebration of each state, an ode to the summertime heat, to scraped knees and sunburned shoulders, to caloric foods fried and thrust onto sticks. 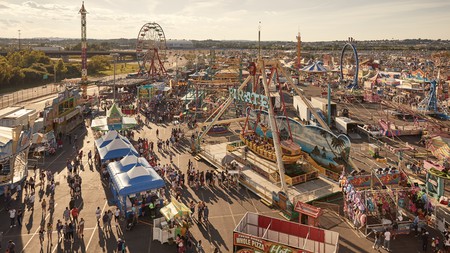 State fairs are woven into the culture of America, a celebration of summertime and fried food | © Zack DeZon / Culture Trip

On warm summer nights, glittering carnival rides hum to life at state fairs throughout the country. Curls of smoke unspool from sausage vendors; corn dogs are plopped into bubbling oil, fried and doused with a curl of mustard; and wisps of cotton candy are swirled around paper cones and slipped into sticky-fingered hands. 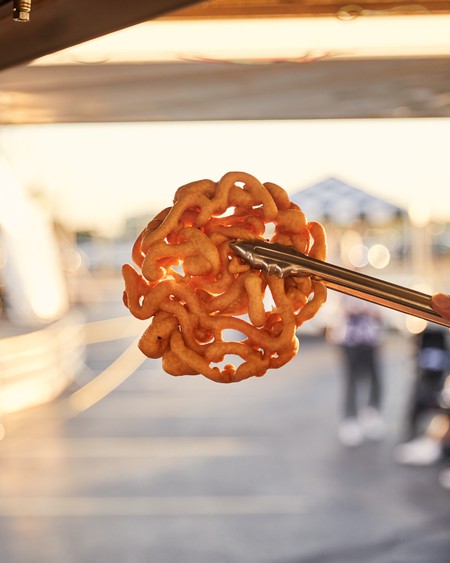 Lines quickly form for the rollercoasters, and seat belts are buckled before the swing ride propels red-faced kids around in circles. On solid ground, strips of tickets are exchanged for furry, neon teddy bears and tiny reincarnations of cartoon characters. Darts are hurled at swollen balloons, plastic disks are carefully and methodically tossed at skinny poles, and plastic Wiffle balls are chucked at bottles stacked in pyramids, the winners awarded with prizes and the losers forced to empty out their pockets for more change, for just one more shot.

Guitarists strum melodies on the concert stage, magicians cast spells on passers-by, and onlookers cheer on pigs as they race around dirt tracks. Fireworks erupt in the sky after the sun has set, seen from below or, in a bit of lucky serendipity, from the top of the Ferris wheel. 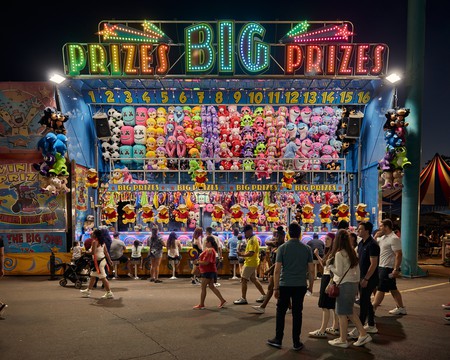 Kids and adults empty out their pockets for change, hoping to score big in a handful of competitive games | © Zack DeZon / Culture Trip

These state fairs are an archetype of Americana, an over-the-top, indulgent party intended to keep your belly full of deep-fried Oreos and your competitive streak alive with a trove of fuzzy winnings. So in the interest of reveling in that sweet, muggy summertime fog, spend an evening at your state’s fair. Here are the best you’ll find across the country.

The State Fair of Texas

The State Fair of Texas, the largest and longest-running state fair in the country, has been held annually in Dallas since 1886 (except for a few years during World Wars I and II). The raucous affair – a guaranteed 24-day party – brims with live music, an amusement park peppered with colorful Ferris wheels, carousels, log flumes and games, and plenty of food as big as Texas itself: shards of bacon brittle, corn dogs speared onto skewers, crispy coconut crab sliders and glistening candy apples. Three million people flock to the fair every year for a glimpse of Big Tex, the cowboy-hat-clad, 52-foot-tall (16-meter) mascot, who towers over the expanse of fried food, bright lights and fireworks. 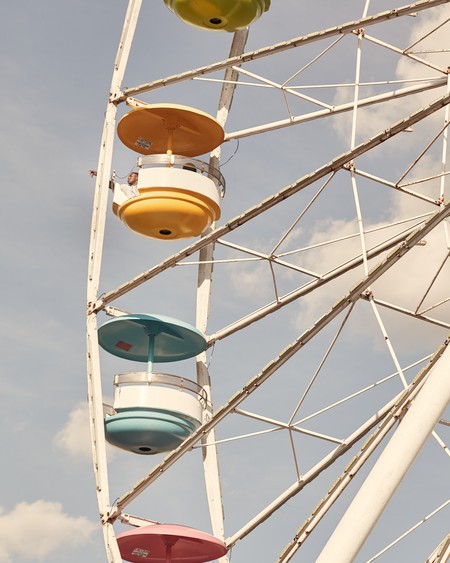 Running from late August to early September, the Minnesota State Fair is the second-largest fair in the country, bringing in nearly 2 million people to its 320 acres (130 hectares). Here, there are amateur talent shows, livestock competitions, over 900 shows, amusement park rides, haunted houses, go-karts and reptile petting zoos. You can give in to your sweet tooth with classic state-fair foods like a bucket of warm chocolate chip cookies from Sweet Martha’s and rounds of funnel cake, or you can hunker down at one of the 300 food stands and try something new: there might be sweet nachos, sprinkled with cinnamon and dollops of peaches-and-cream ice cream, or plump deep-fried fritters filled with shrimp and grits. 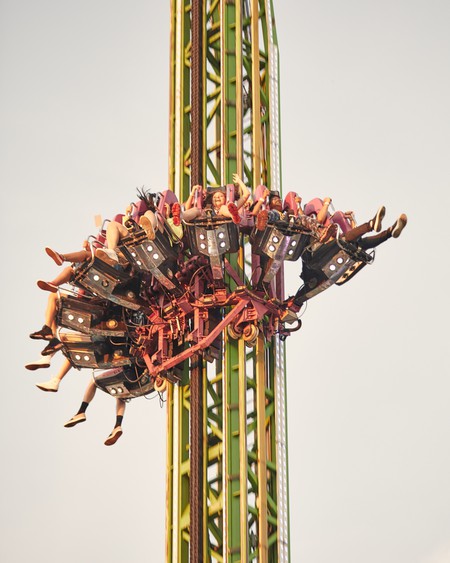 For 11 days, Des Moines transforms into the Iowa State Fair, a fair perhaps best known for its sculptures of cows, carved out of 600 pounds (275 kilograms) of Iowa butter. When you’re not ogling the life-size cows, there are a host of concerts – from The Chainsmokers to Zac Brown Band – rollercoasters, kid-friendly rides and over 200 food stands overflowing with over 80 different foods skewered on a stick: deep-fried Twinkies, teriyaki beef, bacon-wrapped riblets, chocolate-covered deep-fried cheesecake and pink puffs of cotton candy. Plus, the Iowa State Fair even has a list of foods that are $4 or less, from smoked chicken legs to tubs of waffle fries.

Stationed in Syracuse, the Great New York State Fair boasts an array of musical performances (expect the likes of The Roots, Ice Cube and Grace Potter) on the main stage. The fair is littered with rides – from flying helicopters to bumper boats and a steep Mega Drop – and a number of water-gun and balloon-popping competitions, with wins earning you furry stuffed friends. During Labor Day weekend, the fair hosts a food-truck competition, with 40 trucks slinging their fare (think chocolate almond custard and brisket chili) for $3; guests can taste and vote on each dish, with the favorite truck winning a big prize. Other stalls will sell the quotidian state-fair food, along with things like deep-fried Pop Tarts, rings of maple sausage and vegan Korean BBQ sandwiches. 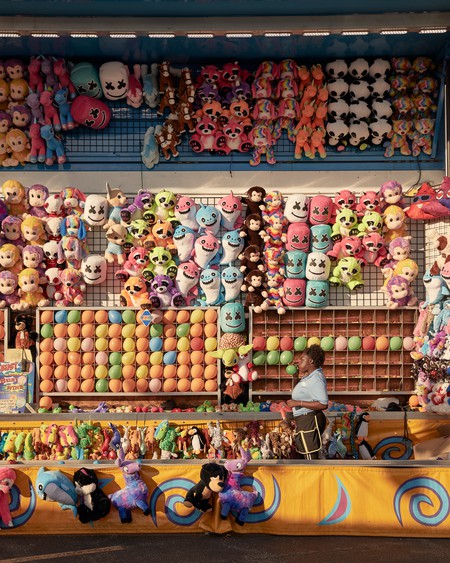 At the Meadowlands in New Jersey, a number of free daily shows take place: hypnotists and magicians clamber onto the stage, pigs race around tracks, extreme illusions dazzle and delight, and lumberjacks show off their strength. There are performers who slip into animal-print onesies, traipsing around the stage and completing acrobatic feats and high dives onto trampolines. The rides will ring you around in circles, fling you up and down and shuttle you across tracks. You’ll nosh on Greek and Mexican food, shark kabobs and alligator bites, rolled ice cream and maple candy, bacon on a stick and deep-fried peanut butter and jelly. 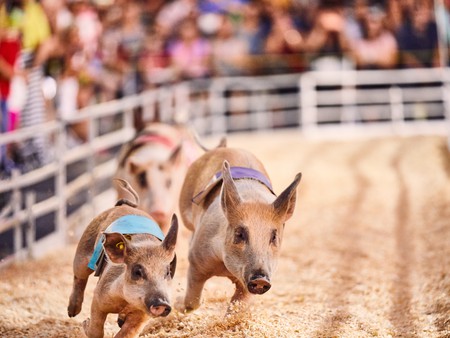 Held in Tampa, the Florida State Fair brims with an assortment of midway rides, a roving circus and an equestrian show. Vendors hawk cones of French fries and rainbow snow cones, locally made keychains and jewelry. The main stage houses an ever-changing line-up of live entertainment (past performers have included The Dennis Lee Band and The Alley Cats). Each year, there are a handful of competitions in which Florida locals battle it out to showcase their talents in agriculture, horticulture, crafts and baking.

Everyone comes for the original cream puffs at the Wisconsin State Fair. The delicate puffs of pastry and cream have been sold here since 1924 and remain the most popular, and most purchased, food: about 400,000 of them are consumed from the Cream Puff Bakery every year. There’s other food as well, thanks to nearly 200 concession stands peddling corn on the cob slick with butter, deep-fried cheese curds and 50-cent cups of chocolate and strawberry milk. On the entertainment side, line up for dog shows and cow-milking demonstrations, watch sea lions balance beach balls on their noses, and sway to live pop, rock and country music on the main stage. 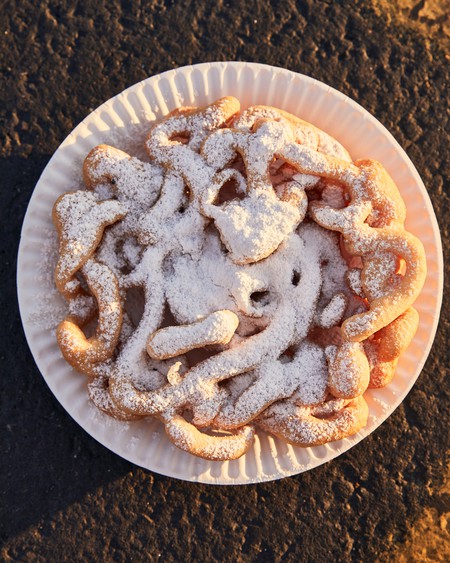 The more sugar the better: a squiggle of funnel cake is buried under powdered sugar | © Zack DeZon / Culture Trip

At the California State Fair in Sacramento, there’s more than just the requisite rides and fried food – although there’s certainly plenty of that, too. Here, you can attend a Brewfest (a celebration of California beers and breweries), horse races, a youth mariachi competition, bull riding, an e-sports tournament and a full-fledged food festival, teeming with the likes of fried banana hot dogs and mac and cheese loaded with BBQ. The main concert stage is graced by headliners like the Plain White T’s, TLC and Sean Kingston, and the smaller stages host cooking demonstrations, hypnotists and acrobats. 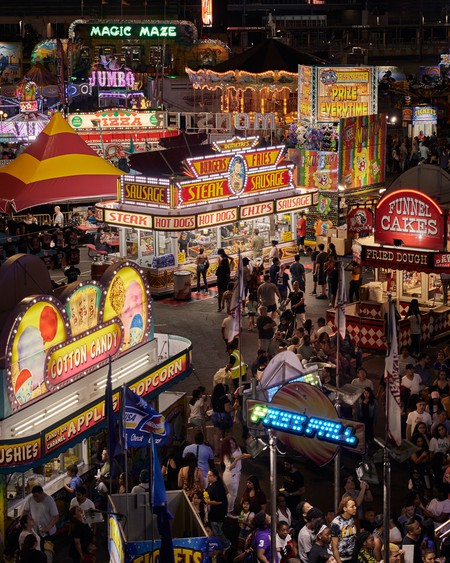 Although this fair is set up in West Springfield, Massachusetts, The Eastern States Exposition actually honors all of the New England states. The Big E, as it’s generally called, is home to a host of concerts, car shows, horse shows, a 5K run and a circus spectacular, not to mention cooking demos, wines and cheeses at the farmer’s market. A slew of vendors specialize in everyone’s favorite fried foods, but there’s also a hefty diversity of cuisines – from Mexican to Greek to German and Indian. You’d be remiss to leave the fair without snacking on a Big E cream puff doused in powdered sugar. 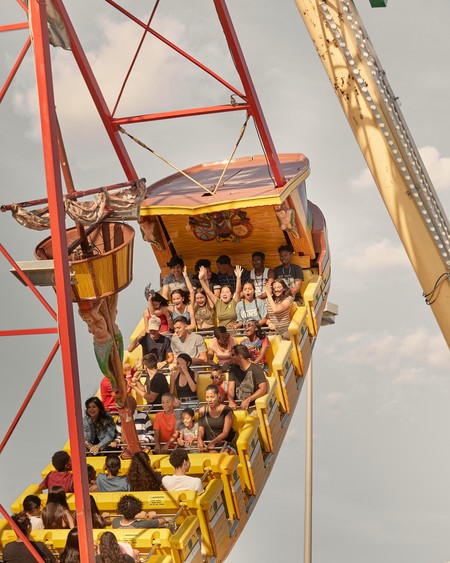