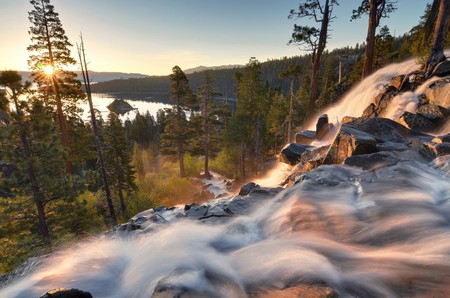 Majestic waterfalls are quite a sight, whether it’s a roaring flow cascading into a heart-plummeting drop or is a small yet determined trickle. Hikers and nature lovers flock to certain locations to try and capture the beauty of these natural occurrences. The Sacramento area has many different waterfalls that are accessible to visit. Here are six of the most beautiful waterfalls near Sacramento.

Bassi Falls is an amazing force of nature. The powerful flow of this waterfall is breathtaking. The falls tumble down from the granite cliff 109 feet into Bassi Creek below. Hikers don’t have to worry about a hard trip to reach these wondrous falls either. It’s a level walk about 10 minutes from the main parking area in El Dorado County. Better yet, an official trail was finally paved leading up to Bassi Falls, making it an even easier trip. Either way, the falls can be heard way down the trail as you follow the route along Bassi Creek to the mesmerizing sight. 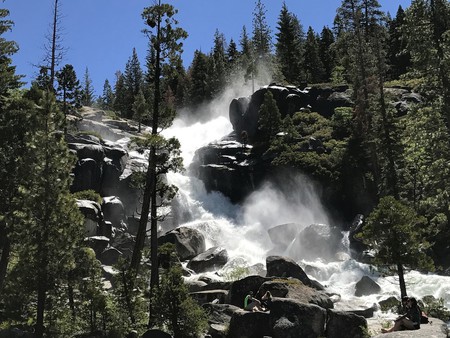 Follow the shaded, pine forested trail to this man-made waterfall inside Sly Park in Somerset. Drive through the Sly Park campground to reach the shortest end of the path leading to this flowing beauty. The trail itself is almost entirely flat, save for a couple small inclines, and follows along the lakeshore. You’ll want to visit the Sly Park Waterfall before the late summer months dry up the falls. Visit it at its peak and you’ll see powerful falls spilling into a small but deep lake bed. It’s truly a hidden oasis. 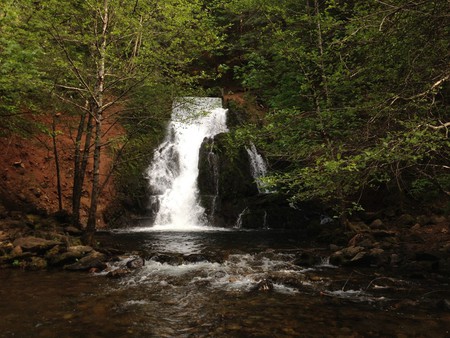 Lower Eagle Falls can actually be seen from the Emerald Bay parking area. Spring is the best time to see the falls as continuous snow run-off pours over into two large 140-foot drops. But once summer hits, the flow is reduced to a trickle so you’ll surely want to time a visit to Eagle Falls accordingly. As for Upper Eagle Falls, there are two ways to reach this mystical, 82 foot waterfall. The first way is a mile hike along the lakeside through Emerald State Park. The second way is for the more adventurous and daring. Those who are willing can climb down from the roadside above that’ll put them at the brink of the mighty waterfall. It’s a more testing route, meant for the skilled hiker, but it also gives some spectacular views.

Certainly one of the more impressive, Cascade Falls drop a hurling 149 feet. The trail is another very easy and short hike so even beginners won’t miss out on this one. You’ll be taken to the top of Cascade Falls, overlooking Lake Tahoe and Cascade Lake. It’s a stunning view so be ready for the photo ops. Although it’s possible to reach the bottom of Cascade Falls, it isn’t recommended. 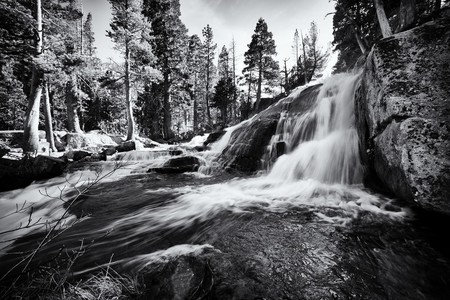 Also known as Rattlesnake Falls, Palisade Falls is very popular among adventurous kayakers and hikers. The falls crash down a 47 foot drop and you’ll have to work to get there. Don’t worry, the 7 mile hike up the canyon from the trailhead is absolutely worth every chest-heaving second. The best part of Palisade Falls being more remote is that you won’t have to worry about such large crowds gathering and ruining your pictures.

Looking down over Rattlesnake Falls. Who's got the first gainer? #sierras #california #backpacking #emeraldpools #fullbodybrainfreeze

The Heath Falls Overlook actually isn’t too far from its downriver neighbor, Palisade Falls. It’s another rugged trek to get to these falls but at least it is downhill. 1,700 feet down actually… and what goes down must drag its feet back up after! It’s a gorgeous sight when you’re there though. The falls plunge about 45 feet from the gorge into the river below. Enjoy the misty scenery and sit a while before heading back up the trail. 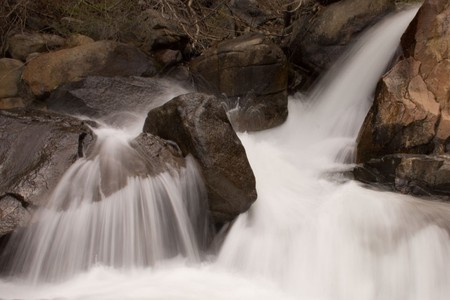 A pleasant and short walk is required to those who wish to visit the Upper Alpine Falls, or the Modjeska Falls. The trail starts from the Desolation Wilderness trailhead. You’ll know you’ve reached your destination once you’ve found an abandoned old cabin. Here is the best place to watch this majestic waterfall which spills over the 32 feet to reach the river below. It may be smaller than the other waterfalls around but in its springtime peak Upper Glen Alpine Falls are stunning. Even at its flow’s lowest in the fall, the waterfall remains absolutely inspiring. 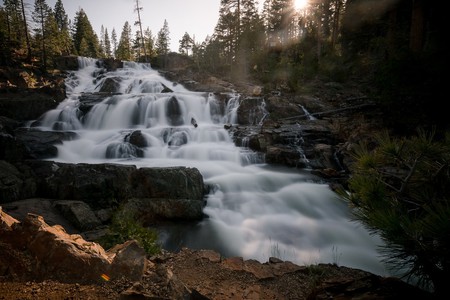