11 Covers That Redefine Iconic Songs From Around the World 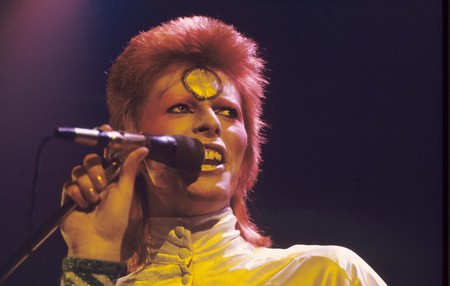 Listening to your favorite music while working, reading, or writing often proves problematic when the lyrics begin to take over our thoughts. But what if you could listen to those songs in another language?

There’s an inherent risk that comes with covering any song, especially when the original is considered a classic or a current hit. Doing that cover in a different language definitely raises the stakes, but it also opens up greater room for interpretation and application. From Mexico to Algeria, here are 11 of our favorite covers from around the world of English-language songs.

On their debut album, The Chamanas opened up with a reinterpretation of Portugal. The Man’s “Purple Yellow Red and Blue.” Continuing their friendship, the Juárez-El Paso outfit have once again applied their “border music” sound for a P.TM cover, this time opening their sophomore effort with the massive hit, “Feel It Still.”

As Toto keyboardist David Paich explains, the band’s definitive hit “Africa” is about a man’s romance with the continent. However, as drummer Jeff Porcaro also puts it, “a white boy is trying to write a song on Africa, but since he’s never been there, he can only tell what he’s seen on TV or remembers in the past.” There’s no denying that “Africa” is a classic that deserves a spot on everyone’s karaoke rotation, but this reimagination by Senegalese duo Tukuleur provides a certain authenticity that even lead vocalist Bobby Kimball’s magnificent chorus can’t make up for.

It’s no secret Radiohead doesn’t believe their debut single “Creep” is very cool—Radiohead also doesn’t think Radiohead is very cool—so it’s unlikely they would be impressed by any covers of the song. However, Swiss band Züri West hit the sweet spot with this bonus track rendition. Singing in French, the band isn’t talking about what it feels like to be a weirdo, they’re talking about what it’s like to be a pancake. Je suis une crêpe, forever.

In the liner notes to Brazilian singer-songwriter Seu Jorge’s The Life Aquatic Studio Sessions, David Bowie states, “Had Seu Jorge not recorded my songs acoustically in Portuguese I would never have heard this new level of beauty which he has imbued them with.” Validation of one’s cover(s) doesn’t get much better than that, and Jorge’s take on “Life on Mars?” just might be the best of the bunch.

After a chance discovery of a record at some side-street electronics shop in Morocco, Jannis Stürtz, cofounder of Jakarta Records, embarked on a three-year journey to uncover the identity of the artist named Fadoul. Although Stürtz would eventually learn that Fadoul passed away in 1991, he would meet Fadoul’s family and release the artist’s music first LP in 45 years. Describing Fadoul’s sound as “Arabic funk played with a punk attitude,” Stürtz’s obsession began when he first heard the powerful “Sid Redad,” a cover of James Brown’s “Papa’s Got a Brand New Bag.”

There isn’t much known about Estonian vocalist Velly Joonas, but the B-side to her 7″ record Stopp, Seisku Aeg! has garnered cult appreciation through the years thanks to her marvelous rendition of Roberta Flacks’ “Feel Like Makin’ Love.” Canadian quartet BadBadNotGood most recently incorporated the track into their Late Night Tales mixtape.

We all know The Piano Guys are out here to get your mom’s YouTube views—hey, mom knows best—but every now and again it feels good to hear a classical cover of One Direction, Avicii, or Frozen. With their cover of Swedish House Mafia’s hit “Don’t You Worry Child,” the group took advantage of a damaged steel cello that sounded like a mix with a sitar and teamed up with Indo-Canadian singer Shweta Shubram to create something extra special. They produced similar results with their cover of Coldplay’s “Paradise,” guest vocalist Alex Boyé singing in Swahili, English, Yorub, and his own African scat.

Coen brothers’ fans might recognize this take on The Eagles’ “Hotel California” from the Jesus scene in The Big Lebowski. While all members of Gipsy Kings hail from the French cities of Arles and Montpellier, their parents fled from Catalonia to the south of France during the 1930s Spanish Civil War, somewhat explaining their penchant for flamenco and salsa music.

When the combo of Malawian-born singer Esau Mwamwaya and DJ/production duo Radioclit released their debut mixtape under the moniker The Very Best in 2008, it arrived with a variety of covers included and to a lot of acclaim. Taking Vampire Weekend’s “Cape Cod Kwassa Kwassa“—named after a dance popular in the Democratic Republic of the Congo, frontman Ezra Koenig has acknowledged the song’s African influence in sound—Mwamwaya replaces Koenig’s vocals with his own in Chichewa, the national language in Malawi, and the preppy pace of the original is replaced with a more dance-friendly beat. This is a cover that truly outshines the original.

French-Algerian rocker Rachid Taha once told The Guardian about how he met, chatted with, and shared one of his band’s demo tapes with The Clash in 1981. A few months later, The Clash released “Rock The Casbah.” Taha believes his recordings inspired the English punk rock outfit, and so he delivered his own rendition of the song in return.