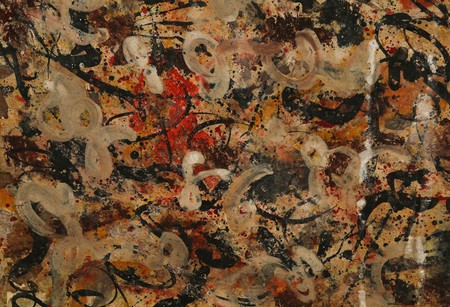 In December 2015, a painting by American Abstract Expressionist Jackson Pollock was found in a garage in Sun City, Arizona. After a dedicated 18-month investigation into its authenticity, the gouache will go to auction at Scottsdale’s J. Levine Auction & Appraisal on June 20, 2017.

It’s one of those pipe dreams that so many of us share: to discover that an old hand-me-down is actually an authentic artwork worth millions of dollars. It seems this is actually the (extremely) unlikely case for one fortunate Arizona retiree, who for 30 years unknowingly housed his half-sister’s Jackson Pollock in the garage. 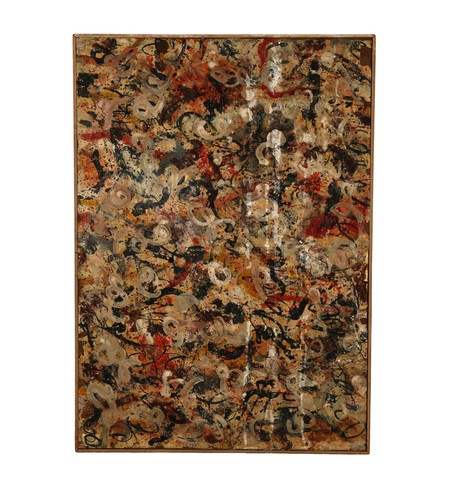 Detail of the Jackson Pollock painting to be auctioned June 20 | Courtesy of J. Levine Auction & Appraisal.

The homeowner had fortuitously called upon the appraisers at J. Levine to examine a signed poster of the Los Angeles Lakers, which, according to artnet news, turned out to be worth a comparatively mere $300. On-site, they stumbled upon a cluster of recognizable mid-century paintings in the garage, which immediately flagged the attention of J. Levine CEO, Josh Levine.

One of the paintings turned out to be Replace!, an acrylic painting of a yellow, green and blue diamond by American Color Field artist Kenneth Noland. Replace! subsequently sold in January 2016 for $110,000. But the real point of interest was the unsigned Pollock, which is soon to gross significantly more than the other found artworks as the story behind its whereabouts has been slowly pieced together. 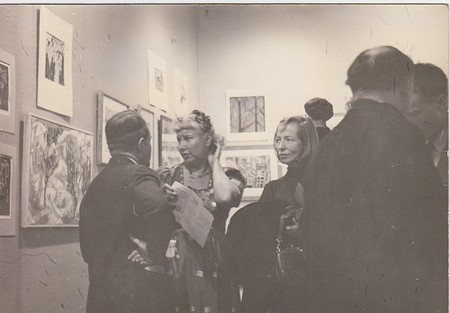 The homeowner’s half-sister was a woman named Jenifer Gordon Cosgriff. Cosgriff lived in New York City, running in the same circles as art critic Clement Greenberg and artist Hazel Guggenheim McKinley, who also happened to be Peggy Guggenheim’s sister. Levine subsequently worked out that Cosgriff would have likely been associated, in some capacity, with Jackson Pollock.

Over the course of 18 months, Levine investigated the nuances of the Pollock’s backstory. He found that Cosgriff was indeed in possession of authentic artworks by major mid-century artists to include Kenneth Noland, and she was also known to have a Jackson Pollock in her collection. Cosgriff’s friend, Australian artist Barbara McKay, enlightened the inquiry with tales of Cosgriff’s regular attendance at Pollock’s exhibitions. McKay wrote that she was certain of the painting’s authenticity. 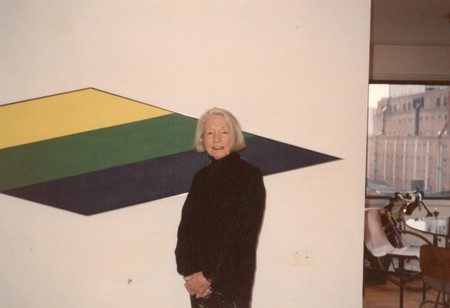 Cosgriff next to a painting by Kenneth Noland. Courtesy of J. Levine Auction & Appraisal.

As the story shaped up, Levine called upon forensic art expert Peter Paul Biro to examine the canvas. Biro had previously used fingerprint analysis to determine the authenticity of another Pollock purchased for $5 by a truck driver, which, as it stands, is worth $50 million, according to artnet.

As for Cosgriff’s Pollock, Biro believes that it was painted between 1945 and 1949, determining in his forensic report that “… the dating of the painting to the mid-20th century is well established as no pigments or binding media introduced in the late 1950s and 1960s have been detected. Furthermore, the artist’s working materials and painting technique are illuminated.” 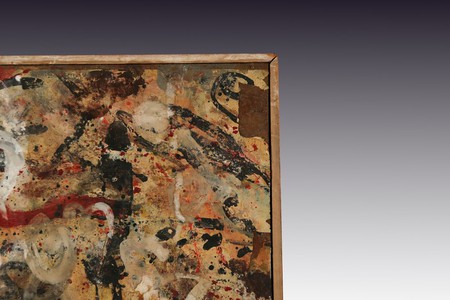 Biro notes, however, that “numerous ascriptions to Jackson Pollock and many other 20th century painters resulted in widely reported debacles and scandals. In most cases,” the forensic report continues, “the issue was the presence of paint materials considered not yet available at the time of the presumed date of the creation of the object. Thus, the purpose of this study is to examine all the materials that comprise the object, paint medium, pigment, support etc.”

Levine will start the bidding at $5 million, though it’s estimated somewhere in the range of $10 million to $15 million. “We have no doubts of [the painting’s] legitimacy at all,” Levine tells Culture Trip, “but we did take this in to consideration when formulating the estimate. If it had paper from the Pollock-Krasner Foundation, I feel we would be estimating its worth to be $25 million to $35 million.” 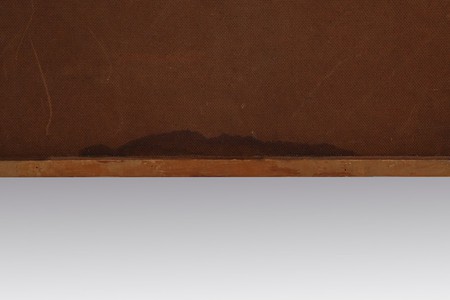 As the Sun City homeowner was not familiar with Jackson Pollock, he had no reason to question or attempt to preserve the painting, which does show signs of damage. The cost of restoration is allegedly up to $50,000.

Nevertheless, the painting will be sold through J. Levine Auctions & Appraisers on June 20.