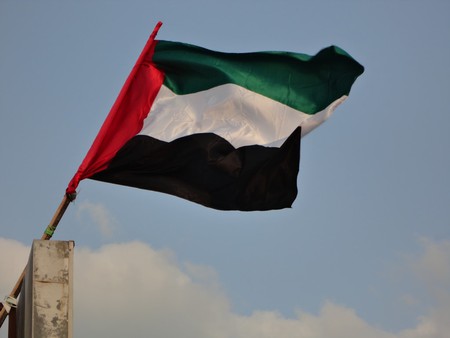 The United Arab Emirates, founded more than 46 years ago after being granted independence from Great Britain, celebrates National Day every year on December 2nd as the day the six emirates came together to form an independent country (later the seventh emirate, Ras Al Khaimah, joined in). This holiday commemorates and celebrates the history, culture, and peoples of the UAE. But what, or more importantly who is behind bringing together the UAE as one country? Although the British ruled the UAE as a colony, they certainly did not bring together the seven emirates and ruling families to form a unified and collaborative country. Who was behind this monumental event?

Sheikh Zayed, born Zayed bin Sultan Al Nahyan on the 6th of May, 1918 (or 1916 according to some), was born in Abu Dhabi and was the youngest son of Sheikh Sultan bin Zayed bin Khalifa Al Nahyan, the ruler of Abu Dhabi. Little is known of his mother, Sheikha Salama bint Butti Al Qubaisi, although there are stories of her stance on non-violence and strong belief in peace that she instilled in all of her children.

Zayed’s childhood innocence was cut short however by the traumatizing event of his father being assassinated by his own brother over the right to rule over Abu Dhabi in 1926. Most likely because of this, Zayed later moved to Al Ain in 1927, situated a south of Abu Dhabi, where he received a little basic education and Islamic teaching, but nothing else. He was raised in the desert the way the Bedouins have lived for thousands of years, and maintained this humility and love for the desert with him until the day he died.

In 1946, Zayed followed in his late father’s footsteps and began taking on ruling and governmental positions. He was appointed as governor of the Eastern Region of the Emirate of Abu Dhabi, and began making strategic moves that would make him stand out amongst others for his leadership qualities. In 1952, Zayed kick-started his political career when he attended the Buraimi arbitration tribunal in Geneva, arguing against the Saudi Arabian occupation and bribery that was happening in his controlled territory of the Buraimi Oasis. This in turn eventually resulted in the British occupation of the area with military force to keep the Saudis out; and with Zayed working collaboratively with the British this simultaneously convinced them of his independence and leadership capabilities. Zayed also during this time helped (re)establish the water channels and networks in this region of the UAE, which propelled him towards the ideals of modernization he would later steer the entire country towards.

The discovery of oil in the region came in 1958, and by 1962 the oil exports began—and the rest, they say, is history. The region began to experience growth and prosperity with the wealth from oil, and by 1968 Great Britain, to the shock from the rest of the world, announced it would begin its withdraw from UAE and renounce its control over the emirates. Zayed, by now Sheikh Zayed as the ruler of Abu Dhabi, famously shook hands with the ruler of Dubai, Sheikh Rashid bin Saeed Al Maktoum, in 1968 in the middle of the desert between the two cities in a commitment to unite all seven emirates to form one independent United Emirates, ruled by Arabs and not by the British.

Finally, in 1971, this commitment became a reality when six of the seven emirates (the northern emirate of Ras Al Khaimah finally agreed to join the UAE a few years later) joined together to become the independent country of the United Arab Emirates. Sheikh Zayed was elected as the country’s first president, and was adored by millions.

Many have speculated on why Sheikh Zayed was indeed so popular. Was it by chance, that the first president would always have this much popularity? Or did it have to do with the fact that it was Sheikh Zayed, and that he brought to the role of ruler and president something that no one else could? He established the Fund for Arab Economic Development, which funded charitable donations across South Asia and parts of Africa, using the wealth from the oil boom. He invested heavily in schools, universities, hospitals, and orphanages from the beginning. He was an outspoken critic of the economic sanctions imposed on Iraq after the Kuwait invasion of 1991, expressing deep concern over the suffering of Iraqi citizens and innocent civilians. He was adamant on establishing rights for women and creating avenues for them to pursue higher education and work without competition with men. And his majlis, based on traditional Arab meeting spaces and operated as a sort of council for consultation, was completely open to the public and he encouraged all to come to him with any problem, big or small. All of these things, which just barely scratch the surface of his work in establishing the UAE as a prospering nation, are what made him so popular with his people. In the eyes of many here in the UAE, he was not just an image of what a great president should be—he indeed acted as the great president he was.

Sheikh Zayed, Founder of the #UAE🇦🇪 was a strong supporter of women's rights. 💪 See booksarabia.com to learn more…

After being hospitalized starting from 1999, he eventually died on November 2nd, 2004, to an enormous and unprecedented outpouring of grief from his fellow countrymen and women. He was buried in the courtyard of the Sheikh Zayed Grand Mosque in Abu Dhabi, with people regularly visiting his graveside to offer gratitude and reflect on the legacy of the UAE’s founding father. While he was one of the richest men alive (his net worth is said to have been $20 billion), many remember his humble and quiet personality, which can be attributed back to his youth spent in the rolling deserts and sandy bedouin tents of the Arabian Peninsula. This, his love for the simple and traditional lifestyle of his ancestors, is what is remembered more than his effort in building skyscrapers and opulent hotels for the UAE. It was as if he built up the UAE in riches for the next generation to enjoy, while he remained lost in the ancient beauty of the country he so loved and cared for.