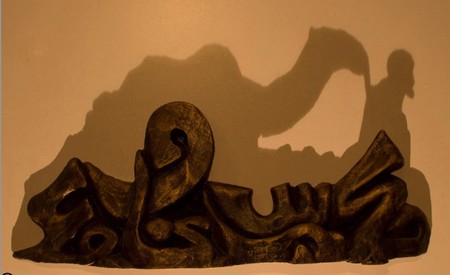 Explore the wonders of shadow art | © Maysoon and Bassam

Using clever lighting techniques to add a ‘fourth dimension to 3-D sculptures’, shadow art is a design concept making waves not only within the Middle East, but across the globe. Culture Trip speaks to UAE-based Maysoon and Bassam, who are using this intriguing art form to shed light on ‘forgotten’ aspects of Arabian culture. 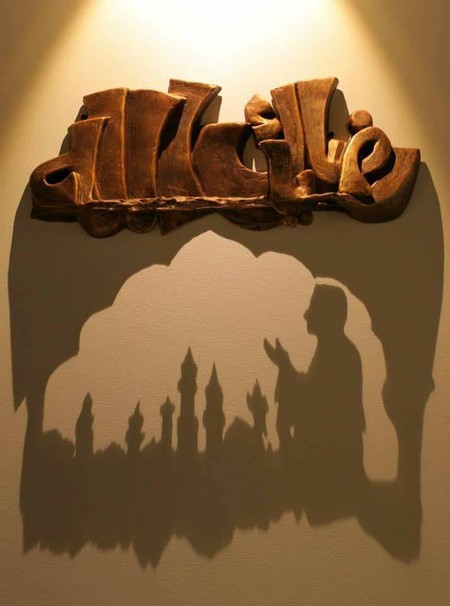 The concept of shadow art

UAE-based Maysoon and Bassam use the ancient technique of shadow art to bring their artwork to life. The duo make clay sculptures of Arabic words and then shine a light on these, producing intricate shadows that reflect both the literal and figurative meaning behind the sculpture.

To the artists, playing with light in this way adds a ‘fourth dimension’ to 3-D art. Bassam explains this concept by giving the example of the number three: when you write the number three in Arabic calligraphy, ‘‘there is a strong image in your mind of a ‘3’,’’ the artist says. Maysoon and Bassam make that image ‘‘part of the art itself,’’ so you can visualise it while you read it, providing an additional dimension to the sculpture.

The artists are renowned for their use of Arabic calligraphy in their work, contributing something that, they say, ‘‘no one has done before.’’ For example, a sculpture carved with the words ‘love and forgiveness’ reflects a shadow of an Arabian desert with a crescent moon. The sighting of the crescent moon marks the beginning of Ramadan and, therefore, the shadow represents the holy month, which is considered a time of tolerance, respect for one another and love for one’s family and friends. In this way, Maysoon and Bassam embody the fundamental principles of Ramadan, shedding light on the significance of the practice. 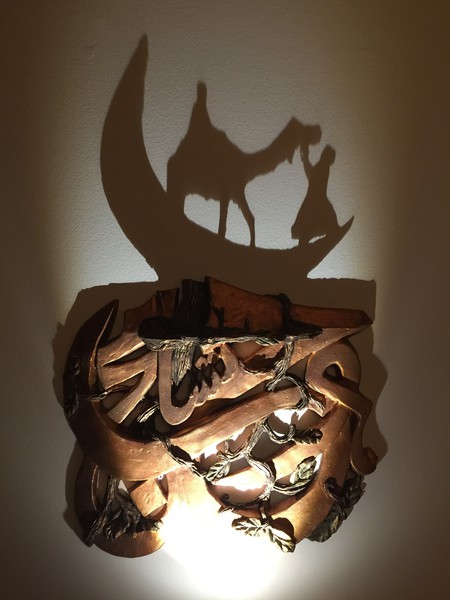 The process of creating the artworks begins with carving and moulding clay into a sculpture. This is a continuous work in progress, as Maysoon and Bassam experiment with the shadows reflected and add detail to their piece. They then create silicone moulds of their final approved design and use them to cast resin – the final resin sculpture is then intricately hand-painted using acrylics. Overall, the process can easily take over a week.

Maysoon and Bassam’s sculptures reflect Arabian imagery, making them the only shadow artists in the world to do so. In this way, they emphasise various Arabic symbols, highlighting their cultural significance.

Take for example falcons, whose importance in Emirati culture is often overlooked by the rest of the world. Throughout history there has been a long-standing relationship between these animals and Bedouins, so much so that the art of falconry is still a popular practice to this day. Maysoon and Bassam show the cooperation of falcons and falconers through one of their sculptures (pictured below), which reads ‘pride’ in Arabic. Falcons, which are immortalised in the UAE’s emblem, are considered the epitome of pride in Emirati culture. 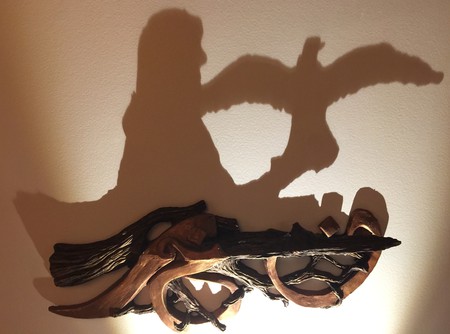 This shadow depicts the art of falconry, a well-respected discipline that is underpinned by a mutual respect between falcon and falconer | © Maysoon and Bassam

Camels are another local animal frequently depicted in Maysoon and Bassam’s work. They have been at the centre of life in the UAE for decades for a number of reasons, from being a key mode of transportation for Bedouins and their supplies, to a form of currency used to pay a bride’s dowry or the annual charity donation known as zakat. Their central role in the long journeys undertaken by Bedouins is commemorated in the sculpture below. 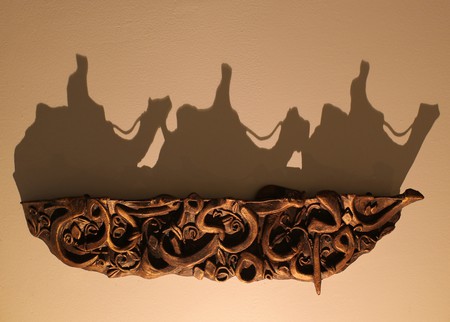 As artists, Maysoon and Bassam are able to view the UAE through an atypical and unparalleled lens. They offer their distinctive perspectives through their sculptures, paying homage to the rich heritage and culture they see featured in every facet of Emirati life. Inspired by the UAE, they credit the country for providing a unique ‘‘identity for each artwork’’ and allowing them to weave a tale through their art, which celebrates the traditions and history of the nation. 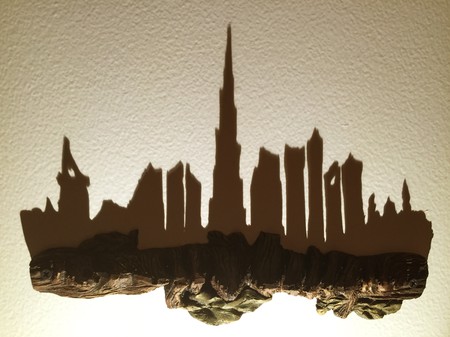 You can find the art of Maysoon and Bassam on social media platforms including Facebook and Instagram. To see more of their designs, order sculptures or enquire about customised pieces, visit their website.