Exploring The Museums of the Future In Dubai And Beyond

The Burj Khalifa, Palm Island, The Dubai Mall — Dubai is already the proud home of some of the world’s most impressive structures, but it’s not stopping there. ‘The Museum of the Future’ is its next big venture, set to celebrate innovation in all its forms. We look at this project, as well as other futuristic museums in France, China, Chicago, and Abu Dhabi, focusing on their innovative architectural designs and concepts. 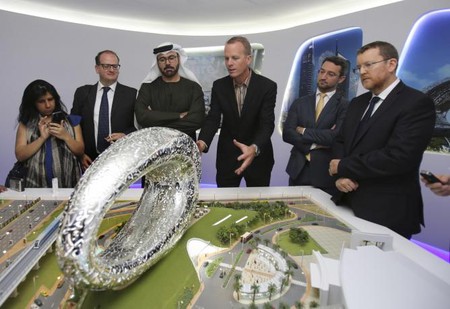 Architecturally, Dubai’s Museum of the Future is bold and imaginative. It will be metallic, egg-shaped, and part of the structure will be 3D printed rather than conventionally built. It will be complete with ‘time capsule’ lifts and walls of poetry, written by Prime Minister of the UAE and Ruler of Dubai, Sheikh Mohammed bin Rashid. Featuring a hole in the middle, which stands for ‘the unknown,’ the museum’s plans were designed by architect Shaun Killa, a Dubai resident.

Sheikh Mohammed Bin Rashid launched the museum design, and the building is set to open in 2017. It will serve as a facility for trend forecasters, innovators, and those curious about what developments will likely shape society in decades to come.

The museum’s motto ‘See the Future, Create the Future,’ will aim to actively encourage designers, researchers, scientists, entrepreneurs, and financiers to come together and collaborate in the development of new technologies. It will showcase innovations in fields such as health, transportation, and education, with the aim of changing its exhibits every six months in order ‘to always be ten years ahead of today.’

Exhibition spaces in the museum will be used to showcase new inventions, and major tech companies will be able to demonstrate their latest products in the building. The project is expected to cost around $136 million and will be located near Sheikh Zayed Road in the Emirates tower area of the city. 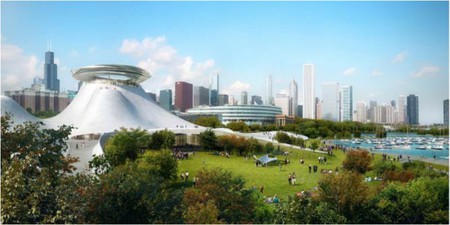 Chicago plans to unveil its own futuristic museum. Star Wars creator George Lucas is planning a new, space-age style museum in the American city. The $300 million project is set to be located on Chicago’s lakefront and will be known as the ‘George Lucas Museum of Narrative Art.’

The architectural concept for the Lucas Museum explores the relationship between the natural and urban environment. Inspired by the work of Frank Lloyd Wright and Mies Van Der Rohe, the design integrates the natural beauty of the park and Lake Michigan with the powerful man-made architecture of Chicago. The design furthers the museum’s mission to be a place of education, culture, and inspiration, with the hope of appearing both futuristic and timeless. The continuous, undulating, organic surface blurs the line between structure and landscape. It will be a place to discover and explore, to communicate and contemplate. The museum aims to be more than a building, hoping to become an urban vista for social interaction, bringing people closer together to each other and new nature. 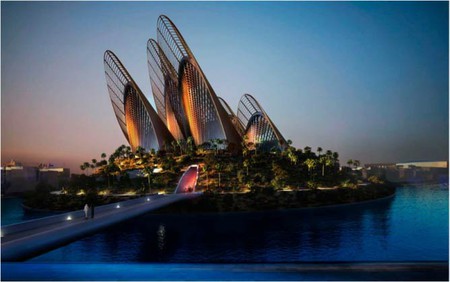 In Abu Dhabi, construction is underway for its Saadiyat Island to feature a range of exceptional museums. Saadiyat Island is the TDIC’s (Tourism Development and Investment Company) flagship development project, a multi-faceted island that features a wide range of luxury experiences: hospitality, leisure and retail, located 500 meters off the coast of Abu Dhabi.

The island is arguably one of the grandest residential and cultural projects in the works anywhere in the world. It will be home to three major museums and a performing arts center, as well as housing for 150,000 residents when it’s completed by 2020. The museums will include The Louvre Abu Dhabi, which is due to open in 2017, the Guggenheim, and the Zayed National Museum, which will follow soon after. 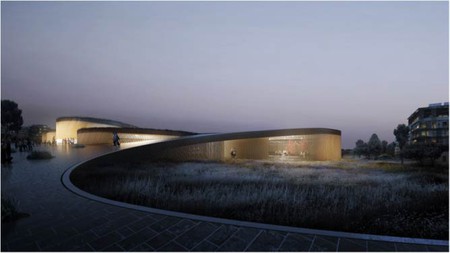 The museum will focus on the human body from an artistic, scientific, and societal point of view by hosting cultural activities, interactive exhibitions, performances, and workshops. The 7,800 square meter development will feature eight curved, interlocking spaces on one level. Construction is scheduled to start in 2016 and to be completed in 2018. The building’s program consists of eight major spaces on one level, organically shaped and lifted from an underlying continuous space. The roof of the museum will function as an ergonomic garden – a dynamic landscape of vegetal and mineral surfaces that allow the park’s visitors to explore and express their bodies in various ways: from contemplation to performance, from relaxation to exercise, from the soothing to the challenging. 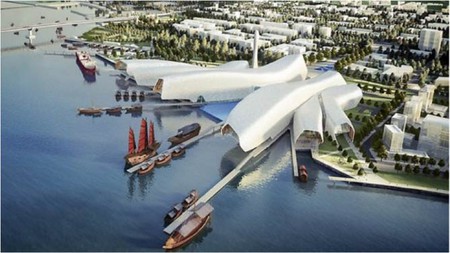 Queensland-based architect Cox Rayner has won an international competition to design the National Maritime Museum in China. Located in Tianjin, east of Beijing, a major port city and China’s fourth-largest city. Estimated to cost around $290 million for construction, the design consists of five halls radiating out to the port harbor and converging in a central ‘preface hall.’ The idea for the museum is to bring all visitors up a rampart to an elevated level, and access from there either of the two split levels which occupy each hall.

A plaza, where maritime re-enactments and other open-air events are intended to actively engage the city’s citizens and visitors, fronts the museum. The architecture can be interpreted in multiple ways (such as an open hand or coral) – these are not obvious metaphors but enticements for visitation and exploration of a multi-faceted set of experiences within.