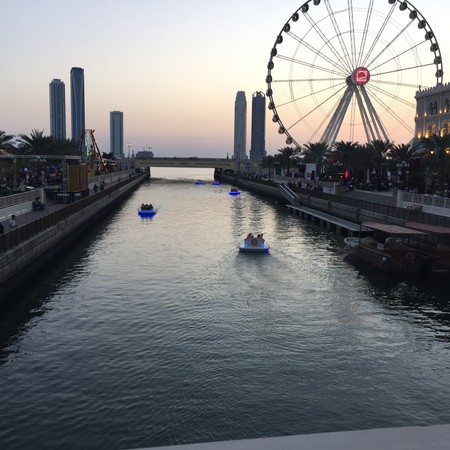 Long known for its strong commitment to art, culture and history, Sharjah was recognized as the UNESCO cultural capital of the Arab World in 1998 and has hosted the Sharjah Biennial since 1993. Throughout the United Arab Emirates (UAE) there is a growing desire to stimulate a contemporary art scene on a par with New York and London – and Sharjah is no exception. These 10 galleries and museums represent the best of Sharjah’s burgeoning art scene.

Anchoring Sharjah’s Arts Area, the Sharjah Art Museum is one of the UAE’s most impressive contemporary art institutions. Its galleries are varied, including works by such established artists as UAE painter Abdul Qader Al Rae, as well as winners of the Sharjah Biennal. There is also an impressive array of older works, such as paintings by 18th and 19th century European Orientalists and a large collection of lithographs from Scottish artist David Roberts. A monthly cycle of new exhibitions keeps displays fresh and complements the permanent works. For anyone wanting to keep tabs on Arab contemporary art, the Sharjah Art museum is probably the best place in the region. 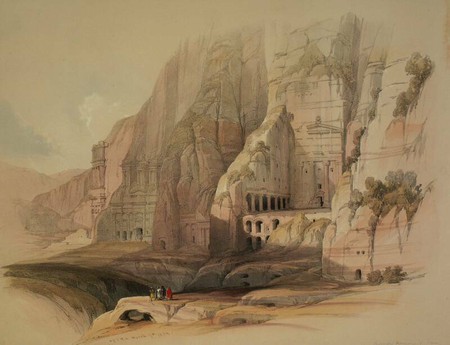 A wing of the Sharjah Art Museum, linked by two passageways, the Sharjah Museum for Arabic Contemporary Art offers a more targeted look at the region’s contemporary art movement. Located near the centre of the city and behind an old souk in the Al Shwaihiyeen area, the museum’s mission is to marry the artistic past of the UAE with its future. Dividing the work of Arab artists according to different attitudes and epochs, the museum also attempts to overcome stereotypes and misconceptions that Arabic art has little to feature in terms of ‘plastic’ (physical and visual) arts. 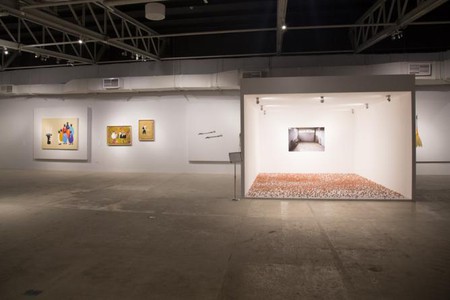 Maraya Art Centre was originally launched in 2006 by the Sharjah Investment and Development Authority (Shurooq) to meet a growing need for local public arts and work spaces. The centre includes “The Community” which is home to Maraya Video Archive and also offers a wide range of creative and educational activities and workshops, “The Gallery” where all the innovative curated exhibitions are showcased, and “Barjeel Art Foundation”, which is the private collection of Sultan Sooud Al Qassemi. However, Maraya Art Centre isn’t limited to local works. In fact, it features a host of avant-garde pieces on its top level that showcase promising names from all over world. Daily tours are offered of the three main levels, as well as age-specific workshops and lectures held by featured artists. This space has become one of the UAE’s most well-rounded venues for contemporary arts.

Made up of five multi-functional spaces, Sharjah Art Foundation is located in the Heart of Sharjah, a central area of the city regarded as an urban representation of Sharjah’s built-up identity. As such, the SAF creates a space to examine this distinct urban physicality and to invigorate both the area and its involvement in the contemporary arts. A wide range of interiors and exteriors can be seen, each with a distinct spatial and atmospheric quality that has attracted site-specific works by artists such as Francis Alÿs, Gabriel Orozco, Wael Shawky and Monir Shahroudy Farmanfarmaian. SAF creates a new context in which to consider art and its relationship to the built environment. 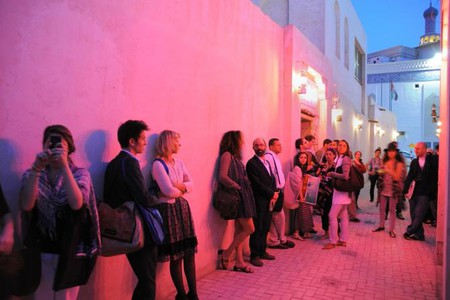 Once again clustered in the Arts Area of Sharjah near the main museum, Bait Obaid Al Shamsi is a restored creek-side house that has become a hotbed of artists’ studios, workshops and small galleries. All gathered around a wide, traditional courtyard, exhibitions here appear seasonally. However, as the primary venue for the Sharjah Biennial, the importance of this venue cannot be overstated. From the colored car-wash brushes of Lara Favaretto to the pop culture work of Heman Chong and many more, Bait Obaid Al Shamsi has seen some of the most spectacular art that Sharjah has to offer.

A former home of the British Commissioner for the Arabian Gulf, and later a hospital where many prominent residents were born, this 19th-century building is embedded within the history of Sharjah. Restored in the early 1990s, the building now continues its public role as a venue for the Sharjah Biennial as well as changing exhibitions and workshops. The historic three-storey building boasts a total area of 2600 square meters, and an interior courtyard of around 440 square meters – it’s a small wonder that so many impressive pieces of art have worked so well within the space. In one deeply affecting example, Imran Qureshi’s 2011 work Blessings Upon the Land of my Love, splattered the courtyard with red bloody splotches, inter-laid with an elegant, leaf-like pattern to create a striking, highly visceral imprint on the pale stone. 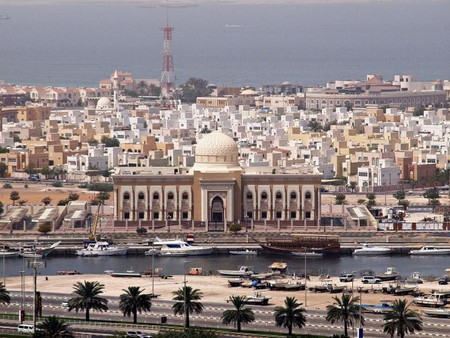 The Orientalist collection of His Highness Dr. Sheikh Sultan bin Mohammed Al Qasimi was once housed here in Al Shuwaiheen, but since those works can now be found on the second floor of the Sharjah Art Museum, the Collections Building has long been free to feature more contemporary art. As yet another venue for the Sharjah Biennial (among other exhibitions, workshops and events), the collections building has featured works as diverse as the video installations of Ayreen Anastas and Rene Gabri, Ziad Antar’s strikingly simple Portrait of a Territory and the rows upon rows of flag-sewing machines that make up N.S. Harsha’s Nations.