10 Things You Need to Know About the Hijab 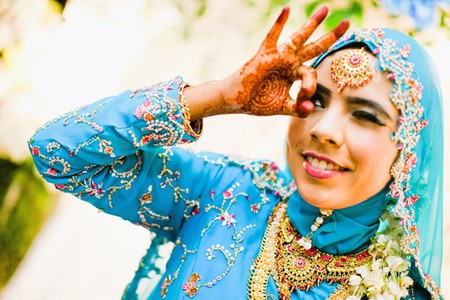 Hijab is not just a scarf, it is a way of life for many | Flickr

The hijab, which is the Islamic expression of modesty and devotion, is more often than not misunderstood and misinterpreted in both society and mass media. What is the hijab, why do people wear it, and why should we care? Here are 10 things you need to know about the hijab before making an assumption about Islam.

The hijab is not just the scarf

Contrary to popular belief, the hijab is not just the physical scarf that many Muslim women choose to wear over their hair. The hijab in its entirely is the belief that as a Muslim, one must try to diligently live every day in respect of God, with modesty, and show devotion to the religion as a whole. By wearing the physical scarf, it is one way of expressing one’s love for Islam. In this way, hijab can also be the way one acts, thinks, and treats others, aside from wearing the physical scarf.

Hijab is not just a scarf, it is a way of life for many | Flickr

There are many different forms of hijab

The hijab comes in many forms, and in many levels of covering one’s body as well. The shape of the scarf over the head differs from person to person, some choose to cover their faces as well, and some only choose to dress modestly while still showing their hair. These are all forms of hijab, even if it does not look like the stereotypical one sees in the media.

The hijab also applies to men

Because the overarching meaning of hijab is to live one’s live modestly with love for God, the hijab also applies to men. While not as well known outside the Muslim community, men also strive to wear the hijab both physically and mentally every day, the same as Muslim women. The men’s physical hijab however focuses more on covering the lower body and not the hair or upper body.

Who can Muslims take off the hijab for?

The hijab, once worn as a scarf covering one’s hair and covering the body, can only be taken off in front of family members or women. A Muslim woman wearing the hijab will therefore usually refrain from showing her hair to any man not related to her by blood.

The hijab is a choice for the majority of Muslims

Putting aside extreme countries like Saudi Arabia and Iran, Muslim women are not always forced to wear the hijab. In fact the majority of them choose to wear it and are in love with their hijab, and are completely free to choose when and how to wear the scarf. 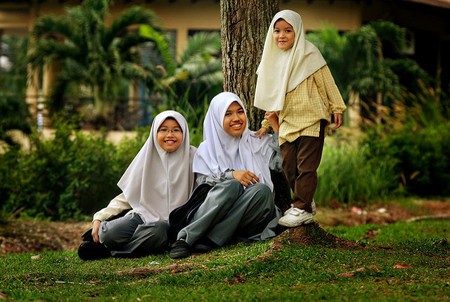 Although there may be some general similarities to why Muslim women choose to wear the hijab, there will never be one overarching specific reason why that satisfies all. Muslim women choose to wear the hijab for countless different reasons, from personal to religious purposes, from interpretations of the Quran to fashion; the reasons behind every single person’s choice to wear the hijab will differ. But that is the beauty of it, that it is not a universal object that conforms everyone. In fact, it can express every person’s unique strength and belief system.

What the Quran says about the hijab

Although there are many interpretations to what the Quran actually says about the hijab, the most common understanding comes from these verses:

“Say to the believing men that they restrain their eyes and guard their private parts. That is purer for them” (Quran 24:31)

“Oh you Prophet, tell your wives, your daughters, and the women of the believers to lengthen their garments. This is better so that they will be recognized and not harmed. God is the Forgiver and the Merciful” (Quran 33:59)

The hijab is not oppressive or restraining

Although this misconception is slowly changing, the hijab is still too often equated with oppression. The hijab is in no way oppressive or restraining to the majority of the 1.6 billion Muslims around the world, and does not prohibit them from pursuing their dreams, acting the way they want, dressing how they like, or marrying who they love. The hijab is far more often than not a freedom of expression.

The important thing to understand about the hijab is that it is in fact extremely empowering for millions of Muslim women. The hijab empowers them with the pride and love for their religion, and the power of modesty also helps many feel stronger. Being modest means forcing people to judge you based on your mind and your heart, and less so on your face or body. This gives courage and self-esteem to many who choose to wear the hijab. 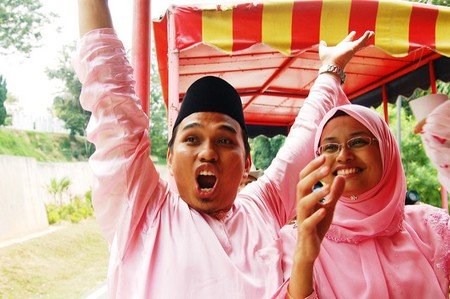 Finally, because the hijab can be so empowering to so many people, wearing the hijab has become an expression of feminism. Wearing the hijab can mean to many that they have the freedom to choose how to self-express. Because a woman is using self-expression and not being forced to dress a certain way by societal pressures, many women then feel empowered and more equal to men because they are forcing people to judge them on their capabilities and not on how sexualized their bodies can be.