Top Tips For Visiting Tel Aviv on a Budget 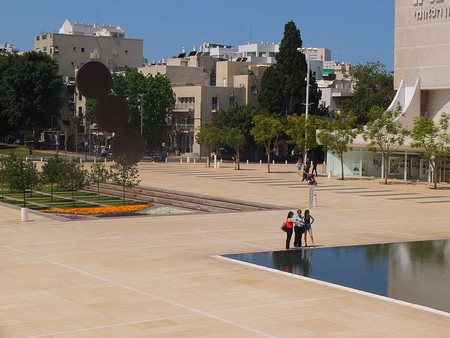 Tel Aviv is an expensive city, with everything from food to hotel rooms costing as much as they would in London or even New York. However, it is not a rich city and is more than suited for budget travelers. From renting a bike to sneaking into hotel pools, here are some tips for visiting the White City without losing an arm and a leg.

Couchsurfing and Hostels Will Let You Rest For Cheap

With great AirBnB options and tons of boutique hotels, it might seem a shame not to splurge on a nice room while you’re here, but there are great options for those looking to save. Lots of Tel Avivis are open to couchsurfers, which will cost you nothing and puts you in touch with cool locals. 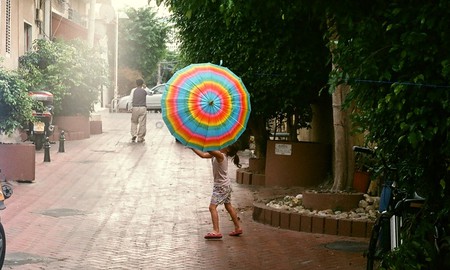 If you do want some privacy, the city offers great hostels at great locations. For example, the Florentine Hostel puts you minutes from the Levinsky Market, while the Milk and Honey Hostel in Jaffa’s Noga neighborhood puts you minutes from the beach, as well as Jaffa’s Flea Market. There’s also the new Abraham Hostel, which straddles the border between the center and the south and offers tons of free activities.

Most local have their own bikes and those who don’t tend to overuse cabs, but recent years have seen the Tel-o-Fun bike sharing system introduced across the city. For 70 shekel a week or 48 shekel for three days, you can get unlimited access to the city bikes. They’re decent and they’re everywhere, but remember to ride carefully as the city is not entirely covered with bike lanes yet, so they can end abruptly. 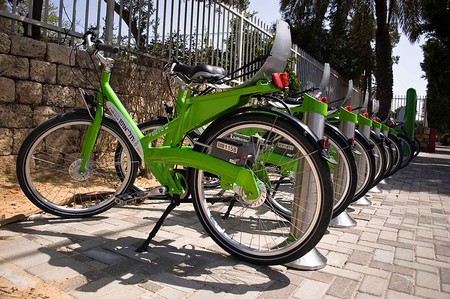 A multi-pass “rav kav” for Tel Aviv’s bus system is a great way to save money. The bus system is okay, but can be a bit difficult to manage, so don’t forget to download the Moovit travel planner app, which will help you brave your way across the city. It’s a bit cheaper than the Tel-o-Fun at 64 shekel a week, but it is also less efficient, as the city can get clogged during rush hour.

Save Money on Food By Picking the Best Street Food

As a foodie city, Tel Aviv’s street food offers a great chance to taste the local flavors without spending too much. Hummus, Israel’s favorite food, is abundant and should not cost more than 20 odd shekels at the high end. Go to Jaffa’s Ali Karavan Abu Hassan’s hummus place for the best hummus in the world; for others in central Tel Aviv, ask around as people love recommending their favorite local spot. 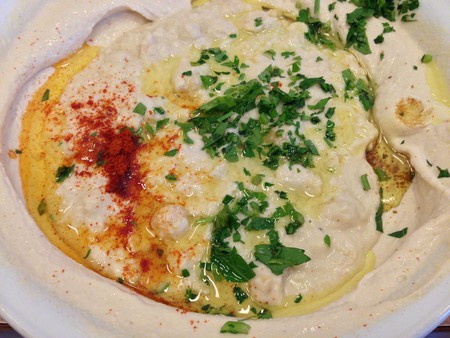 Falafel (deep fried chickpea balls) and sabich (deep fried eggplant, a hard boiled egg, and salad) in a pita are also great street snacks to calm your stomach. There’s also a chain of low-cost coffee and sandwiches called at a café called Cofix, where everything is six shekels. It’s mediocre at best, but the price is irresistible.

Laze About in the Sun in Tel Aviv’s Parks

The problem with street food is that it leaves you searching for a nice place to eat. Luckily Tel Aviv has all manner of open spaces and great parks for you to try out. Get falafel at the Kosem and sit on the benches outside like the locals, or try Falafel Ovadia or the sabich and falafel on Tchernichovski Street and head to the great Park Meir to scarf them down. You can also play ping pong there (if you have the gear). 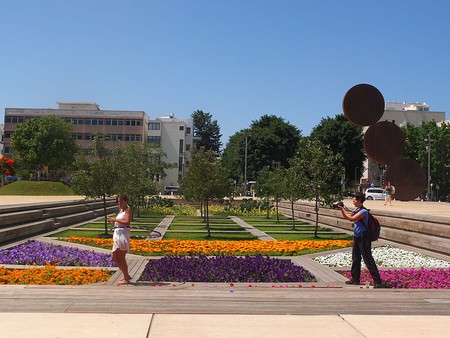 If you just want a place to laze about, the Bima Square (also called Culture Square) offers a pristine, shadeless piazza, with the small cove of a submerged garden where classic music plays, but only for those sitting within its niche. At Rabin Square, the municipality have set up free beach chairs for you to sit on next to its recently renovated fountain, a great place to read in the sun.

Walking around is everyone’s favorite pastime in Tel Aviv. A small city with great markets and picturesque streets, it’s almost a shame not to just enjoy the view. For the historic side of the city, get lost in the alleys of Neve Tzedek. For something a bit more bustling, head to the Levinsky Market, the coolest and most up-and-coming neighborhood in the city, or go to the classic Carmel Market to feel the famous mayhem of a Middle-Eastern shouk.

There are countless street shows in Tel Aviv which will cost you nothing and let you enjoy both young and well-established talents. The Nahalat Binyamin artisan market is a famous hot bed of street shows, including one of Israel’s most famous past singers who sets up show every Tuesday and Friday at the Magen David Square. The market itself is full of arts and crafts and you will frequently find musicians performing there. For those with kids, there’s also a free petting zoo on the edge of Park Hayarkon. 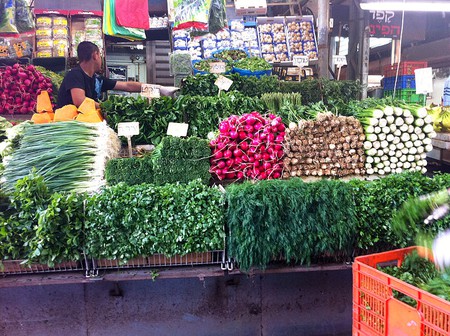 As you might know, the city has a beach, which is always the best and thriftiest way to spend your time when the season is right. 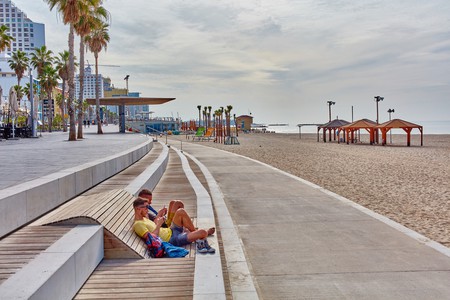 Drink and Dance For Cheap

The locals of Tel Aviv don’t drink that much, but that doesn’t mean its bars don’t cater to those who do. There are some great happy hours throughout the city, but the most obscene is the Salon Berlin’s, which lasts until 1 a.m. If you want a small drink at a fancy establishment, the local Nehama and a Half café across from the Bima offers drinks at 50% (beers for only 10 shekel) until 10 p.m. Also, most clubs in Tel Aviv (like the Breakfast/Milk or the Radio EBGB) are free on weekdays and have no cover charge. 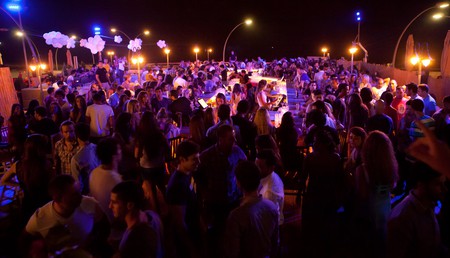 If you’re looking for places to stay on a budget in Israel’s capital, check out Culture Trip’s guide to the best hostels in Tel Aviv.