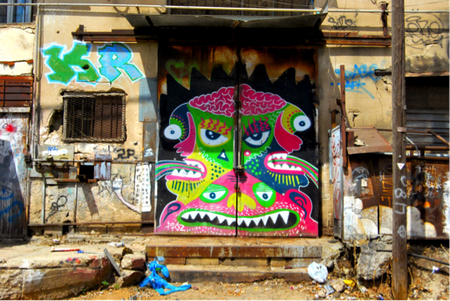 Tel Aviv is an open gallery of street art. The walls come to life and speak to passers by. Graffiti invites us to play and interact with the architecture of this powerful city.

The street becomes an open space without any laws, the walls become an open canvas, and the mind is open to create and be inspired by the urban architecture. Street artists have the freedom to express themselves in limitless ways, and city dwellers get a free ticket to be immersed in this open galaxy of visual communication. Allow yourself plenty of time to walk around and to enjoy the landscape, energy, and colors of the graffiti. Discover Tel Aviv’s top graffiti artists, and take a colourful tour of the city here.

Maya Gelfman is a visual artist and a graduate of Shenkar college. Gelfman is passionate about her need to invigorate the walls by giving them a dose of art and love. Since 2009, Gelfman has been a well-known figure in the street art scene, where she is best known for her tangible work and her unique technique of drawing with yarn on walls. Her work has received significant media attention and praise around the globe. In 2016, her work will be published in two international street art books in France and in Germany. She has exhibited five solo shows and dozens of group shows, including the Tel Aviv and Haifa Museums of Art, Herzliya Biennial, Art Basel Miami, Vitrinart, and galleries in Tokyo (Tama) and New York (Ward Nasse). 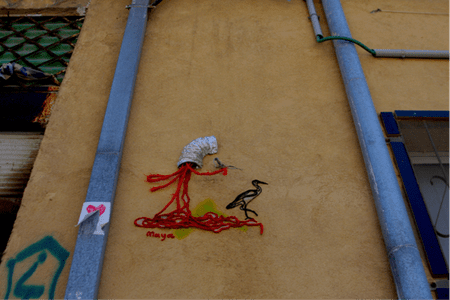 DIOZ studied animation in Bezalel Academy of Arts and worked for a while in cinema, but after discovering street art, now works as a freelance illustrator designing albums covers and pursuing his love of graffiti. His motto is ‘go with the flow’, creating powerful creatures who watch over the Florentine neighbourhood. He is also part of a collective group called the Prettimess. Prettimess was born in the streets of south Tel Aviv. These artists found their path by making street art. ‘We don’t have a complicated agenda. We don’t hide behind masks. We believe in the creation of accessible, pretension-free, diverse art with an aspiration to reach and touch as many people as we can, as years of making street art had taught us. Culture for the people.’ 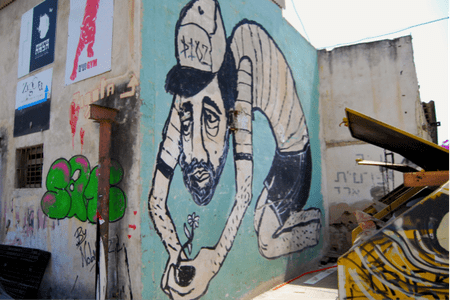 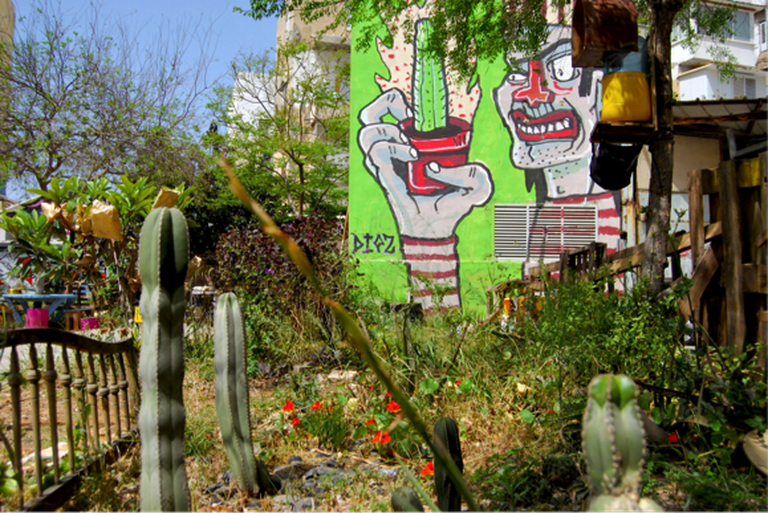 Volunteering garden in South Tel Aviv | Courtesy of Jesi Soifer
Prettimess Collective & Studio was founded in 2014 by Alon Meiri & Ben Kaufman of Dasilva and Boaz Sides (a.k.a UNTAY). The Collective is home to a group of artists and good friends who came from the world of illustration and contemporary design to work together on a wide variety of projects and platforms – from public walls and print to branding, fashion, and visual art . The brothers and sisters of The Collective are independent, alternative creators, each with unique views, styles and rich histories on making art. What brings them together is their impulse to create constantly, both as a group and separately. They are planning a pop-up exhibition open to the public with free entrance on May 19-20 2016.
Open In Google Maps
14 Franzos Street, Tel Aviv-Yafo, Tel Aviv District, Israel
+972543005977
Give us feedback

Wonky Monky was born in 1980 and graduated from Bezalel. He now lives and works in Tel Aviv. Wonky Monky has been painting walls since he can remember, specifically in Tel Aviv. His yellow monkey is his trademark and represents our evolutionary story, from monkeys in the prehistoric days to monkeys in the middle of an urban jungle. 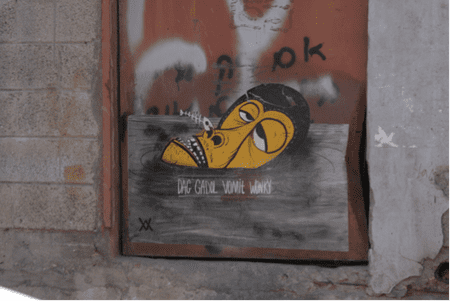 Murielle’s graffiti is a world of questions that invites us to think. Standing in front of her paintings and artwork immediately provokes questions and thoughts about the behavior of humans and their interactions. Murielle is a technophobe and, with her art, she wants to delve deeper into people’s relationship with technology. ‘Modern life is becoming cheaper and cheaper and our consuming age is discarding quality’, she explains. 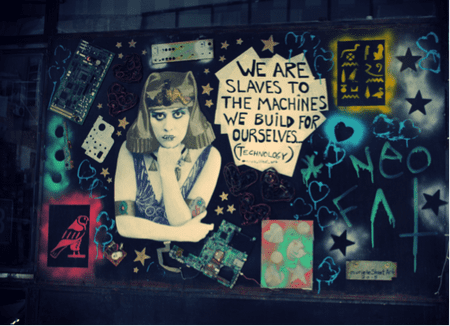 In Florentin, Tel Aviv, Courtesy of Jesi Soifer
Give us feedback