Meet Adi Khavous, often known by his alias Adida Fallen Angel. Born in Israel but a traveling nomad, Adi has spent the last two decades more committed to creating his magical art and music than to living in any particular place. 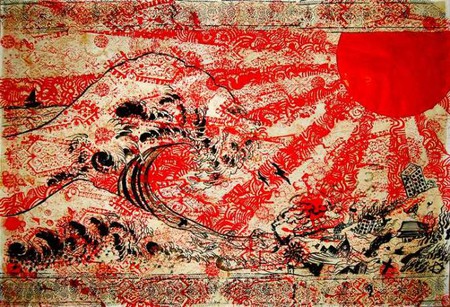 As an active user of social media, we discovered Khavous’ art through The Culture Trip Tel Aviv’s social media competition in collaboration with iartists after his Instagram uploads received the most likes. In his words, “I just wanted to share my artwork with the world, and the fact that The Culture Trip became aware of my existence is itself a big win for me.” 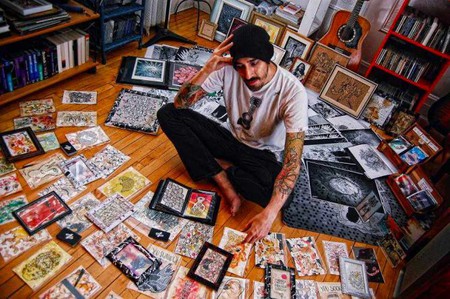 Adi is a citizen of the world and has been travelling the globe for the better part of 20 years, having spent time in Brazil, New York, San Diego, Rotterdam, Berlin and Paris, and has now chosen Montreal to be his newest home. He views traveling as one of the most important things he has done in his life, without which he would have never gotten to where he is today. “Traveling saved my soul,” said Khavous. “It opened my eyes to new cultures and ways of life, and it forced me to deal with issues I had never confronted before. Each time I have the opportunity to engage with a new culture and people, it opens my heart and mind to new experiences.” Khavous describes his art as “lineart,” characterized by an intricate sketchy look, minimal colors and an organic flow of lines. Yet his digital art is more complex and packed with style and color. Khavous’s street art and doodles truly reflect a personal touch; you could say that his analog art is closer to his heart while his digital art is closer to his brain. 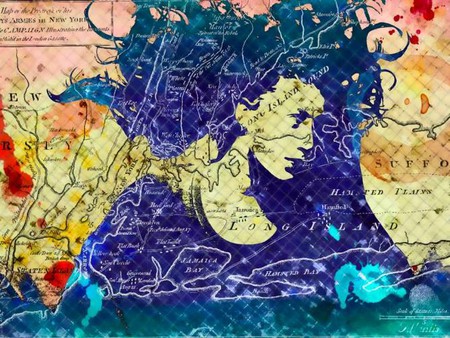 In addition to his talent and skill as an accomplished artist, Khavous is also a skilled musician. Listening to the music inspires his own work; while books, film, social media and nature all sit deeply in his soul, music is an area that truly nourishes his visual and auditory art.

Khavous’s birthplace is also extremely important to his development as an artist. When asked about the influence Israel has had on his artistic development, he answers that “struggle and hope are the inconsistencies of everyday people trying their best to simply live freely. The mixture of war and peace vibrations has always had a powerful effect on my spirit. Israel is not an easy place to be, but it definitely pushed my art into a deeper search of self.” With regard to the art scene in Israel, Khavous says that, ‘’It is beautiful to see awareness and appreciation of the arts. There is still a long way to go, but people are not quitters in israel; they have strong backs.” 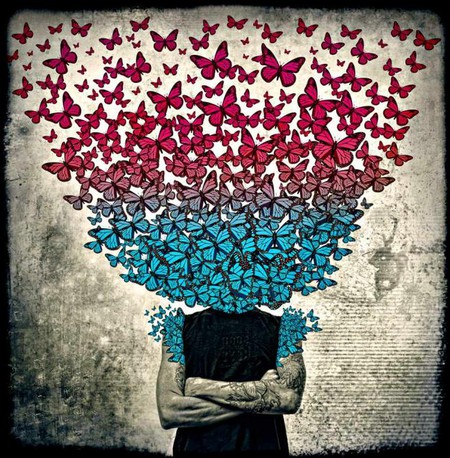 Although Adi has been trying to make a living out of the art world, he admits that he still has trouble paying the rent. He doesn’t see himself as a businessman because he invests so much of his energy into making art that the promotion or commercial aspect of his work takes a back seat. However, the financial struggle is what pushes Adi to work harder and when things come down to wire, that’s when he produces his most creative and powerful work. He explains that “the desire for self-expression is so powerful I think the highs and lows of life are part of the process.” 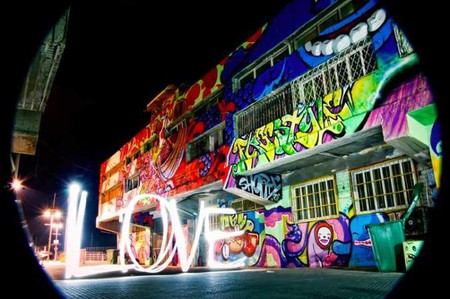 By Deborah Moher, The Culture Trip’s Tel Aviv Director of Culture. Catch us on our TLV Twitter and Instagram.