9 Reasons Why You Should Date an Israeli 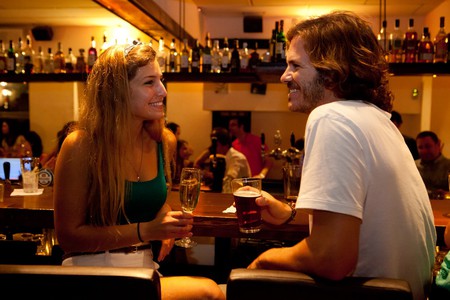 There are numerous reasons why Israelis make for excellent other halves: from their warm and welcoming families to their expert knowledge of hummus, here are nine of the best.

While they are often perceived by foreigners as being rude, Israelis are actually refreshingly straight talking and honest. Your Israeli other half won’t beat around the bush with insinuations or waste time being passive aggressive – they’ll tell you what they think whether you like it or not!

You’ll be introduced to a mix of cultures

Israelis are an ethnically mixed people. Jews from every corner of the world, from Yemen and Ethiopia to Poland and Argentina, have moved there since the state was established in 1948. Israelis today are thus a fascinating mix of backgrounds and cultures. While the different foods and customs of their origins have morphed into some kind of general, eclectic Israeli culture, chances are you’ll be exposed to various cuisines (such as hearty Polish cholent) and celebrations (such as the sweet and colourful Moroccan mimouna festival).

Israeli mothers will spoil you with food

It’s a well-known stereotype that Jewish mothers indulge their loved ones with delicious homemade food. Israeli families are particularly warm and loving, so dating a Jewish Israeli and getting to know his/her mother will inevitably mean you will never go hungry again!

Shabbat dinners are the best

The Sabbath is one of Judaism’s most beautiful traditions. Every week, as the sun falls on Friday evening until it falls again on Saturday, Jews around the world switch off their electronics, take a break from the outside world, and spend quality time with their loved ones. The best part of Shabbat is dinner on Friday (and the leftovers the following day), with copious amounts of delicious food, wine, and laughs around the kitchen table. Think Christmas every week, just without the presents. Dating a Jewish Israeli would open up this world of food and family fun to you!

They are really good looking

Anyone who has been to Israel can vouch for this. A casual stroll through Tel Aviv will reveal that famous Israeli beauties such as Gal Gadot and Bar Refaeli are by no means exceptions. Due to their mix of ethnicities and backgrounds, Israelis have beautiful complexions and interesting features: whether you’re into tanned, dark haired men/women of North African descent or blonde, blue-eyed Russians, Israel has it all. In addition, because of the mandatory military service and beach and fitness culture (especially in Tel Aviv), young adults tend to be in very good shape. 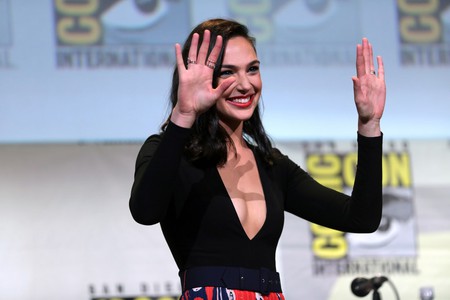 Israelis use numerous terms of endearments that will make your heart melt quicker than a chocolate teapot. From kapara sheli (my atonement/redemption), neshama sheli (my soul), and haim sheli (my life), you will be inundated with beautiful Hebrew sayings.

They live life to the full

Israelis tend to live their lives in the moment and with a certain intensity, perhaps in part an outcome of the never-ending conflict and violence they’ve been brought up in. Whether it’s eating, partying, or loving – you can count on your Israeli other half to make the most of the finer things in life.

Largely due to the mandatory military service most Israelis do after high school, which often throws them into the deep end and exposes them to tough and adrenaline-filled exercises, as well as real life combat situations, Israelis are generally very adventurous people. This is also a result of Israel being a tiny country, meaning many Israelis want to travel elsewhere and explore the world. From long hikes to amazing trips to remote locations, dating an Israeli will bring out the adventurer in you.

Hummus takes up a sacred place in Israeli society. You’ll know just how much it means there when you witness an argument about the best spot in town. Dating an Israeli essentially means dating a hummus connoisseur, which can only be a good thing. From making delicious hummus at home to taking you to the best joints, an Israeli other half will ensure you get your hummus fix!